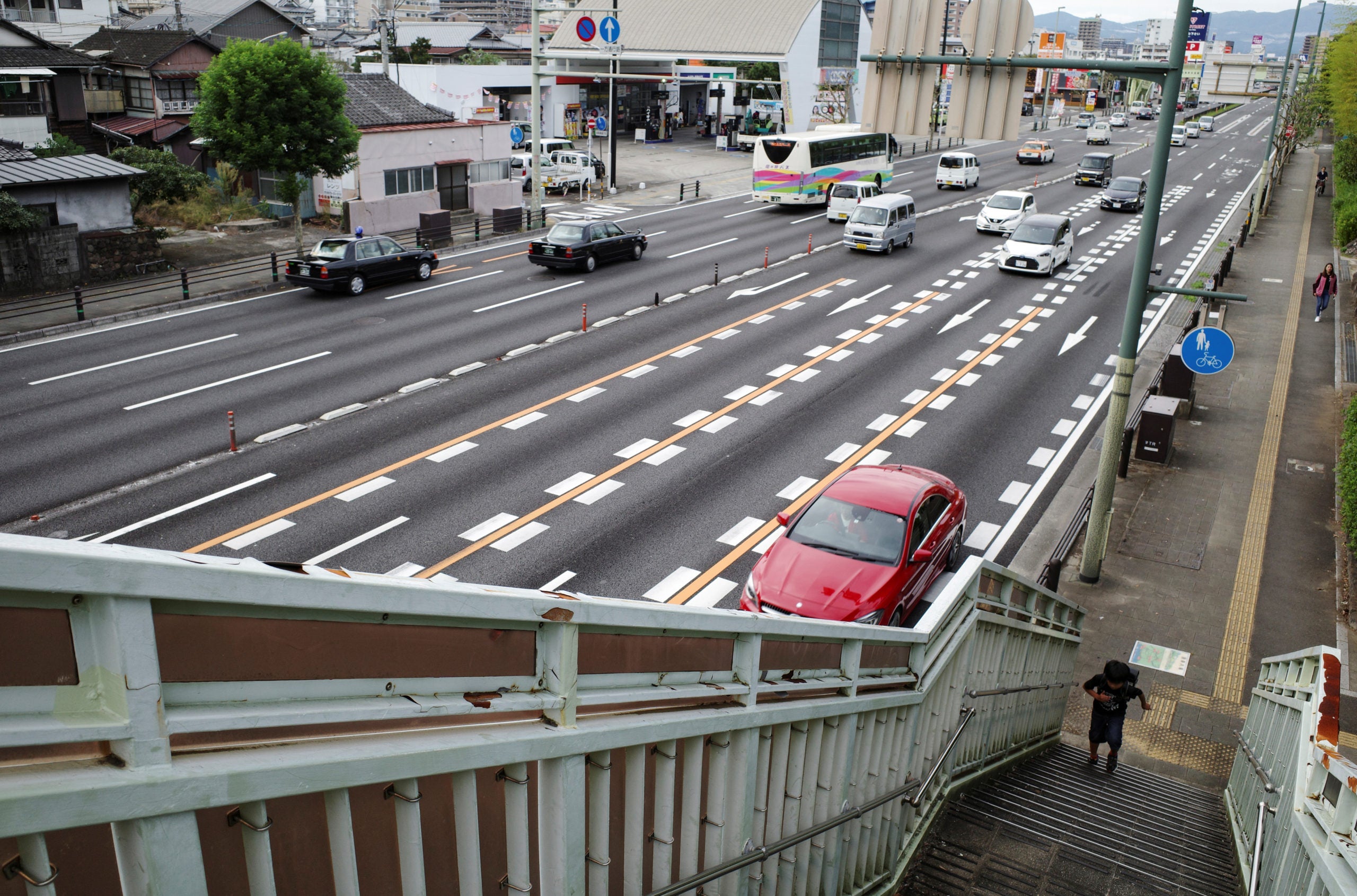 FILE PHOTO: A schoolboy walks up the overhead bridge along a traffic junction in Beppu, Japan October 8, 2019. REUTERS/Edgar Su/File Photo

TOKYO — Japan aims to eliminate gasoline-powered vehicles in the next 15 years, the government said on Friday in a plan to reach net-zero carbon emissions and generate nearly $2 trillion a year in green growth by 2050.

The “green growth strategy,” targeting the hydrogen and auto industries, is meant as an action plan to achieve Prime Minister Yoshihide Suga’s October pledge to eliminate carbon emissions on a net basis by mid-century.

Suga has made green investment a top priority to help revive the economy hit by the COVID-19 pandemic and to bring Japan into line with the European Union, China, and other economies setting ambitious emissions targets.

“The government has set up ambitious targets to achieve a carbon-neutral society in 2050,” said Yukari Takamura, professor at the University of Tokyo.

“Making clear goals and policy direction in the green growth strategy will give incentives for companies to invest in future technology.”

The government will offer tax incentives and other financial support to companies, targeting 90 trillion yen ($870 billion) a year in additional economic growth through green investment and sales by 2030 and 190 trillion yen ($1.8 trillion) by 2050.

The plan seeks to replace the sale of new gasoline-powered vehicles with electric vehicles, including hybrid and fuel-cell vehicles, by the mid-2030s.

To accelerate the spread of electric vehicles, the government targets slashing the cost of vehicle batteries by more than half to 10,000 yen or less per kilowatt-hour by 2030.

The strategy identifies 14 industries, such as offshore wind and fuel ammonia, and targets the installation of up to 45 gigawatts (GW) of offshore wind power by 2040.

Japan also aims to use renewable energy “as much as possible” by 2050, mainly through off-shore wind farms, with reference goal of renewable energy sources accounting for 50% to 60% of the nation’s power by 2050, up from less than 20% now, while reducing reliance on nuclear power.