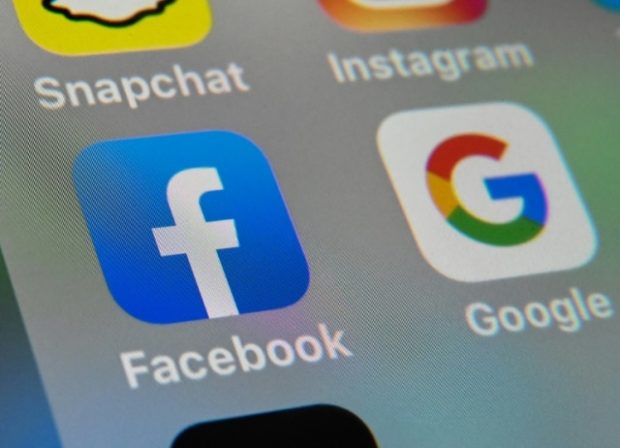 Google and Facebook deny wrongdoing in their accords on digital advertising cited in a reported draft of an antitrust complaint. Image: AFP/DENIS CHARLET

Google and Facebook worked together to help fend off an antitrust investigation into the two tech giants which dominate digital advertising, according to a media report citing a draft of a state lawsuit.

The Wall Street Journal, which cited a draft version of the complaint filed by 10 U.S. states without redactions in the public version, said Tuesday the two firms agreed to “cooperate and assist each other” in responding to an antitrust probe.

The case filed last week was among three separate actions filed by state and federal antitrust enforcers against Google. A separate case has been filed against Facebook over its acquisition of two rival messaging applications.

Facebook dismissed the allegations, saying agreements between the two firms were not aimed at harming competition, but offered choices and benefits for advertisers and publishers.

“Any allegation that this harms competition or any suggestion of misconduct on the part of Facebook is baseless,” a Facebook spokesperson said.

Google did not immediately respond to an AFP query. But the Journal quoted the tech firm as saying there was nothing improper or exclusive about its arrangement with Facebook.

The claims “are inaccurate. We don’t manipulate the auction,” the Google spokesperson said.

According to the Journal, the unredacted draft suggested Facebook would win “a fixed percentage” of advertising auctions and that an internal Facebook document described the deal as “relatively cheap” when compared with direct competition.

Google’s documents, which were also not cited in the final version of the suit, suggested the deal would “build a moat” to avoid direct competition with Facebook, according to the report. CC

Viber breaks up with Facebook, even if it hurts