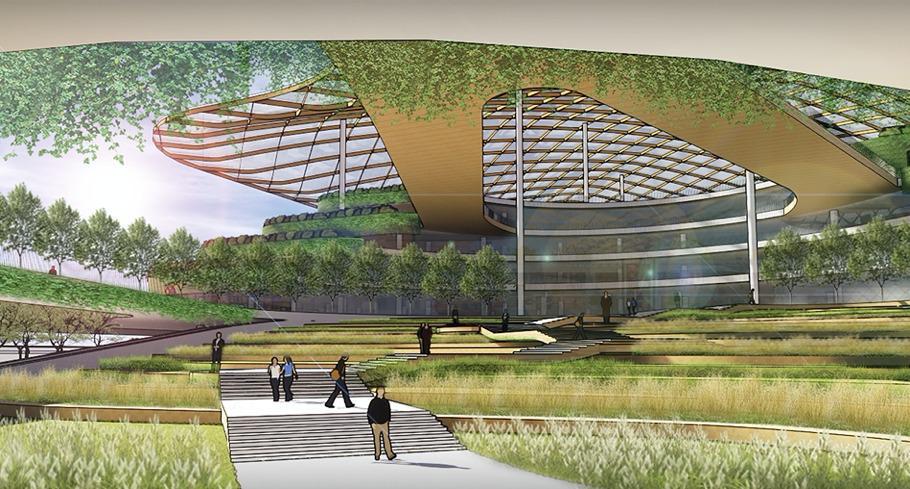 This photo shows a rendering of Megawide-GMR’s planned transformation of NAIA Terminal 1. Photo from Megawide

This was confirmed by Megawide itself, even saying that MIAA revoked the OPS on Tuesday.

But Megawide said it would file a motion for reconsideration, maintaining that it has complied with all the requirements set by the government.

“Today, the Manila International Airport Authority (MIAA) announced the revocation of the partnership of Megawide and GMR Infrastructure’s Original Proponent Status regarding its P109 billion proposal to rehabilitate and transform the Ninoy Aquino International Airport,” Megawide said in a statement.

“At a time of deep economic crisis, the Filipino people today received a devastating blow against progress. A critical step towards the Philippines’ national economic recovery was delayed further by vested and corrupt interests who have spent millions in trying to bring down the only capable and qualified player,” it added.

Megawide’s media officer Anna Salgado told INQUIRER.net in an interview that they were not informed as to the reason behind the revocation of the OPS.

“There has been no insight provided why the only Filipino company with experience delivering world-class airports for this country, which has fully complied with all requirements, should be denied an opportunity to help accelerate economic recovery,” she said.

The government granted Megawide-GMR the OPS for the renovation of NAIA Terminal 1 in  July after the consortium gave an unsolicited P109 billion proposal for the modernization of the country’s primary international airport.

Being granted the OPS means that Megawide-GMR could negotiate with the government as the private sector partner for the NAIA rehabilitation project.

“Megawide-GMR will immediately file a motion for reconsideration for its proposal. At all stages, Megawide has complied with all requirements and interpretations of the government for its unsolicited proposal. There are no justifiable grounds to deny the Filipino people a transformed NAIA,” the company said.

However, this super consortium withdrew from the project, Megawide said.

Megawide said they responded accordingly to the national government’s insistence on contract terms that were stricter than that of the previous proponent.

“In response to that call, Megawide submitted an innovative proposal that sought not just to rehabilitate NAIA but transform it into a first-world, global airport complex,” it pointed out.

“As the only Filipino company to design, engineer, and operate the Philippines’ only world-class airport today – the Mactan-Cebu International Airport (MCIA), in tandem with GMR Infrastructure, the world’s fourth-largest airport operator – Megawide has proven its real-world airport experience and success,” it also said.

If Megawide would be given the chance to still do the NAIA project, it said that under its proposal it “will not only rehabilitate facilities; it will also uplift and upskill the livelihoods of thousands of airport employees to make them experts in their fields.”

“Megawide strongly believes in President Duterte’s vision to deliver better infrastructure for all Filipinos. The Company also believes that now, as our people suffer from the dual impact of the public health and economic crisis caused by the Covid-19 pandemic, is the time for responsible, exemplary Filipino companies to step up, contribute, and fight for our nation’s economic future,” it added.