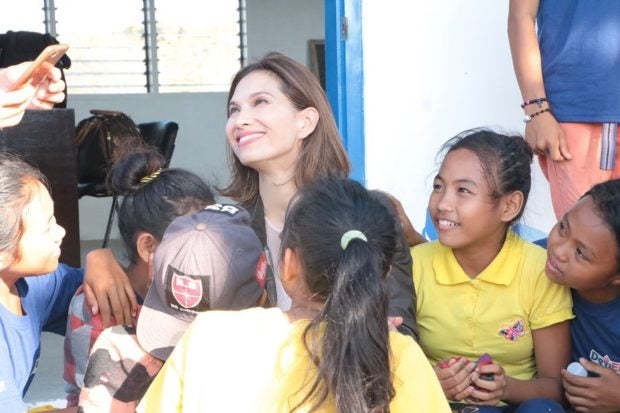 Hope founder and philanthropist Nanette Medved-Po with students at a public school in 2019 (Image: Facebook/@nanettepo)

Like many businesses, the social enterprise Hope had big plans for 2020.

Its flagship product is the bottled water Hope in a Bottle, which donates 100% of its profits to building public-school classrooms. Though the company strives to give back to communities, under the helm of its founder Nanette Medved-Po, it recognized the adverse environmental impact it had by selling its product in plastic.

Hope now offers its water in greener packaging via Tetra Pak—in fact, its boxed water, Hope in a Box, was recognized last October for best CSR initiative at the 2020 Global Water Drinks Awards. 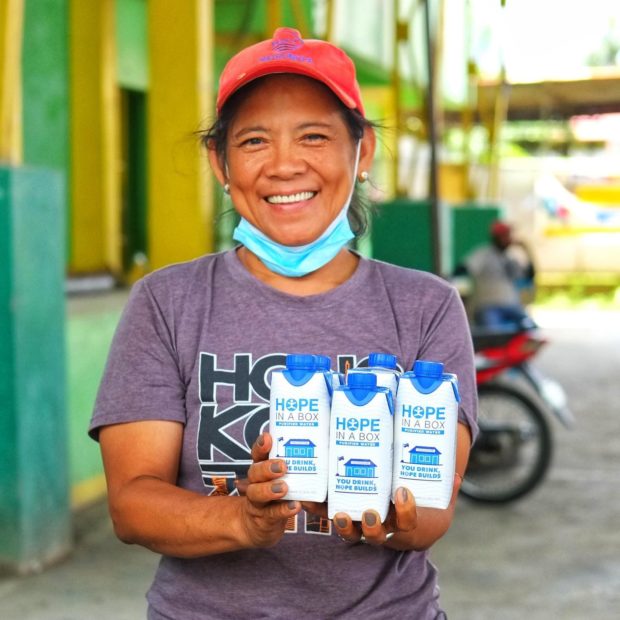 But it decided to go a step further in reducing its plastic waste by launching a plastic neutrality program, the Plastic Credit Exchange (PCEx), in 2019. Hope dubs it as the first global non-profit plastic offset program.

The actress-turned-philanthropist is a strong believer in “market-based solutions” rather than only relying on donations to do social good. With PCEx, Hope aims to make cleaning up plastic waste easier for companies while also helping communities with informal workers. Among its partners is Nestle, which has topped Greenpeace’s plastic polluter lists.

“This year was meant to be our full year of operations but COVID has made that extremely challenging,” Medved-Po told INQUIRER.net.

Profiting from picking up plastic

PCEx is a “waste-to-cash model.” “If we can create a value for plastic, people won’t just throw it away, they will sell it,” Medved-Po explained.

The program has plastic waste recovered rather than simply sitting in landfills or, worse, polluting the ocean. PCEx partners with communities to collect plastic, which they then sell to PCEx so that these could be processed or recycled. 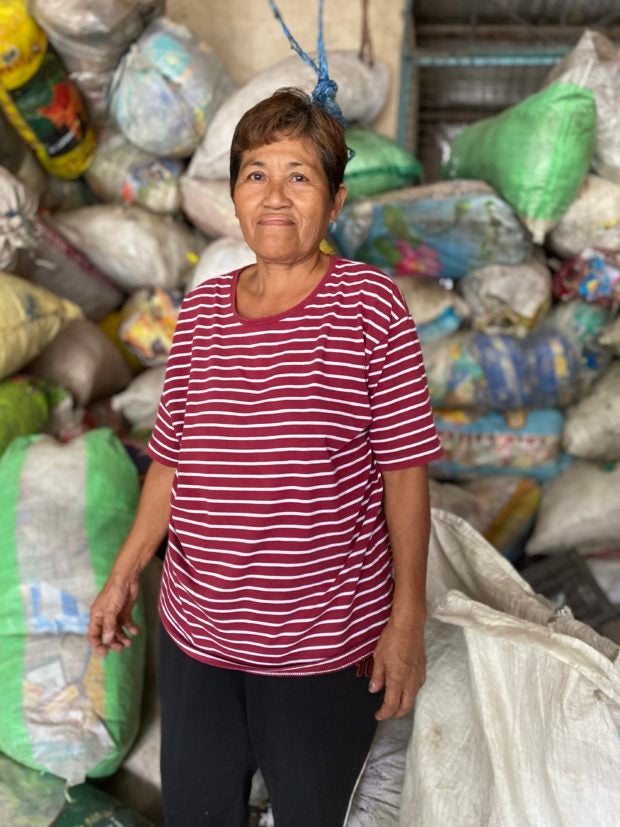 Waste collectors are the frontliners of the Plastic Credit Exchange. Image: Courtesy of Hope

Funding comes from manufacturers who use plastic in their packaging. “Maybe a controversial way to say it is it’s a polluter-pay system, but it’s voluntary,” she noted.

Apart from Nestle, major brands that have joined the program include Unilever, PepsiCo, Dunkin Donuts and Shakey’s.

But as proven over the past year, the best-laid plans were shaken up by the coronavirus pandemic.

As lockdowns were enforced in March, Hope, like other water and retail businesses, saw sales plummet. Medved-Po described seeing Hope “at the bottom” around April or May “frightening.”

Mobilizing plastic collection also had to be put on hold over safety concerns, as waste collectors—PCEx’s own frontliners—risked being exposed to the virus.

However, Medved-Po noted that Hope’s nonprofit Friends of Hope, which manages the classroom-building operations, and PCEx “did very well even during the pandemic.”

PCEx inked a memorandum of agreement with the City of Manila last July so that its communities can earn by selling plastic waste. The “Aling Tindera” program empowers women who are sari-sari store owners to be an aggregation hub of plastic. 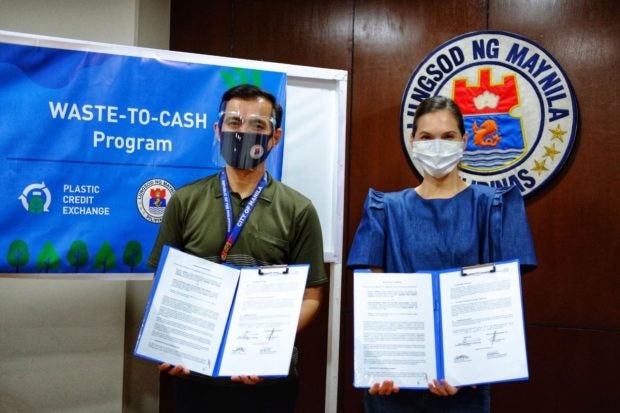 Any community member can sell plastic by the kilo to these hubs, which are tasked to fill up a 20-foot container. After the container is filled, the Aling Tinderas sell these to PCEx. 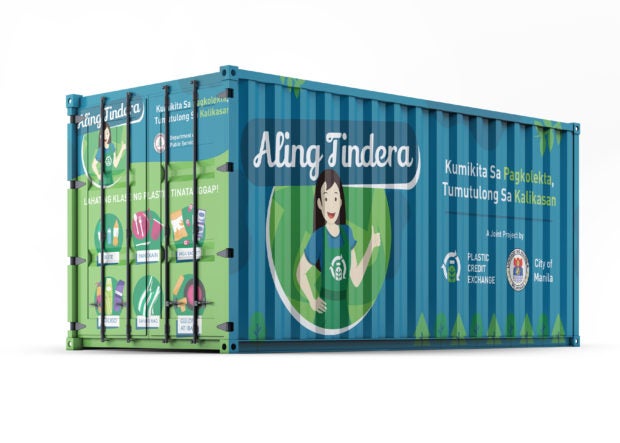 “These are incredible women in the community who are championing sustainability,” Medved-Po said of the sari-sari store owners. They undergo training on plastic pollution with PCEx’s sustainable community development manager. It is the program’s hope that these women can not only earn extra income but also pass on their learnings to the next generation so that waste does not end up in nature. 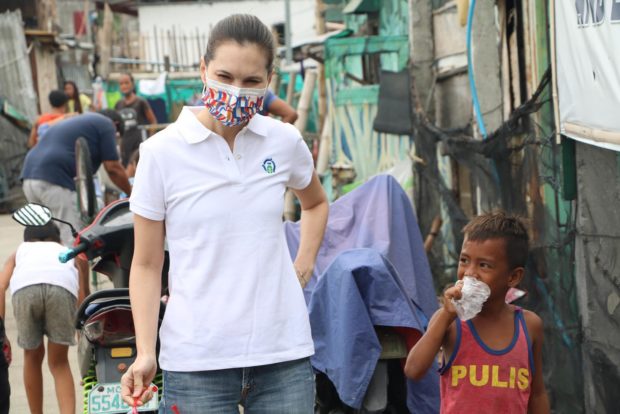 Even if sales for Hope in a Bottle were down, Hope managed to build its 100th school, Bagong Silang High School, last August in General Santos City in Mindanao. This structure benefits indigenous people, particularly the B’laan and T’boli tribes, who would otherwise walk 14 kilometers back and forth to get to the nearest high school. Students had been discouraged to go to school because of the hours-long trek.

Since then, three more schools have been built by November. Of Hope’s 100 schools and couting, 85 are in Mindanao, and over 19,000 students are served in all the classrooms it has built. 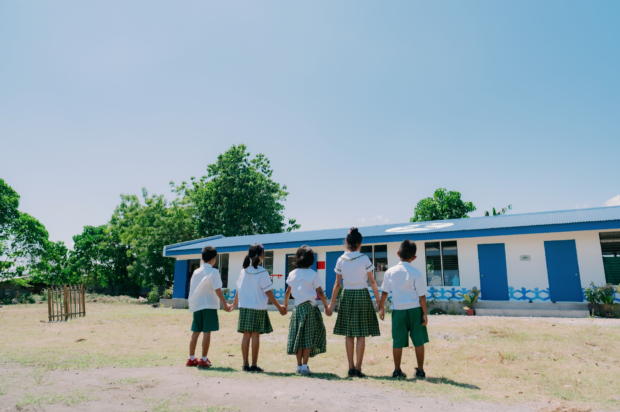 A public school built from profits of Hope in a Bottle (Image: Courtesy of Hope)

But with the shift to distance learning, are classrooms still necessary?

For Medved-Po, it is a resounding yes, especially for the poorest communities. “The pandemic created an unusual circumstance but our mission looks beyond the current distance learning disruption to build infrastructure that would be needed long-term.”

Amid budget cuts, the Department of Education continues to report a shortage in classrooms, with Rep. France Castro putting the gap at 34,000 classrooms as of September.

Despite taking a hit in the first few months of the pandemic, Medved-Po is confident about Hope continuing its work in the “business of impact,” as she puts it: “There were a few months where we were a little worried, but we’re no longer in that situation.”

Medved-Po is convinced companies want to do good but just need a way to do it—this is at the core of her establishing Hope in 2012. Less than a decade later, who would have thought that multinational companies would be willing to “tax” themselves for plastic pollution through PCEx?

This year, more than ever, the world saw how business as usual was harmful not just to humans, but also the planet. While a pandemic-stricken world has seen endless talks of a new normal, as Hope has shown, there are ways to strive for a better normal, even when doing business.  /ra

Nanette Medved-Po on what she learned from showbiz: ‘Don’t waste your platform’

We got them but we don’t see them: Teachers speak up on LET passing rate as not being ‘best and brightest’

Read Next
PH dollar stash rises to another historic high of $104B in November
EDITORS' PICK
Experience clearer calls nationwide with Smart VoLTE
New Year, New Rediscoveries
Lorenzana defends decision to terminate UP accord: ‘Times have changed’
FDA anticipating Moderna, 2 Indian firms’ EUA application
Benguet’s Strawberry Festival canceled
Driving can be even more rewarding this New Year — here’s why
MOST READ
Duterte to firms: No franchise until you settle your accounts with gov’t
Proposed toll for newly opened Skyway 3 ranges from P110 to P274
Duterte to senators after Norway deaths: You want Pfizer vaccine? We’ll order for you
‘Hotbed of recruitment’: Lacson backs termination of UP-DND accord
Don't miss out on the latest news and information.