Farmers’ co-op vows to rise again, this time from the COVID-19 crisis 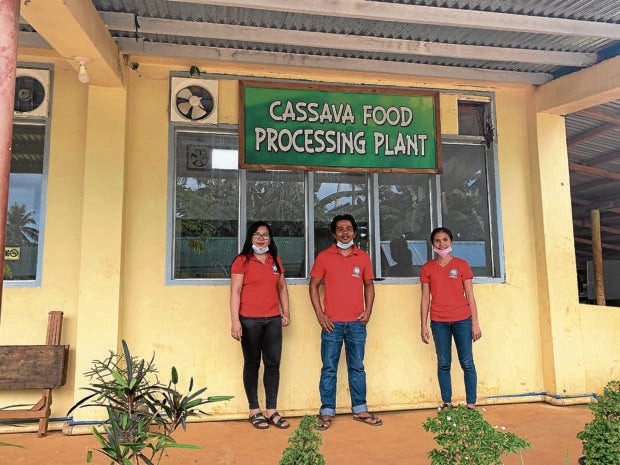 BORONGAN CITY—Hardworking farmers are the backbone of many communities in Eastern Samar.

They carry a mixed history of success and failure, fortune and adversity and time and again, they have proven their resilience and tenacity by fearlessly overcoming daunting challenges just to sustain their communities, usually among the country’s poorest.

This is the story of the Farmer Entrepreneurs Association Agrarian Reform Cooperative (FEA Arco) based in the town of Salcedo in the southern part of the province that started with only seven members who contributed capital of a mere P100 each for a combined starting fund of just P700.

Spearheading the formation of the cooperative is 41-year-old Luis Bayarong Jr., who was pushed to venture into entrepreneurship by a burning desire to be more than just a tiller of other people’s land.

The intrepid Bayarong convinced his close relatives to chip in P100 a month and together they started a lending venture in 2007 through a farmers’ association servicing some 270 farmers in Barangay Ibiran in Salcedo.

Following stringent accounting standards and charging a 10-percent on loans extended to fellow farmers and other residents of Salcedo, Bayarong and his relatives were eventually able to put up a sari-sari store at the municipal public market. After that, they were finally able to buy farmland they can proudly call their own.

Over the next six years, the association and the farmers’ community prospered, and spared from food and financial scarcity that plagues farmers elsewhere. That is, until Supertyphoon “Yolanda” (international name: Haiyan) barreled through central Philippines on Nov. 8, 2013, with Salcedo one of the hardest hit towns in Eastern Visayas.

Yolanda left Bayarong and his fellow farmers with nothing.

“It was like ground zero for all of us—no roof on our heads, no livelihood, and no food at table,” Bayarong recalls. “But the enormous disaster did not break our spirit.”

The hardy farmers got back on their feet with more than a little help from local and foreign donors, as well as local and international government organizations.

The numerous recovery and rehabilitation assistance, including agricultural inputs, technical support and training proved invaluable to the farming community.

Keen to immediately recoup their assets and investments, Bayarong suggested to his fellow members to begin again. They set aside 20 percent of the money they earned from the cash-for-work program of the local government unit to start building their organization’s capital once again.

Their faith and perseverance paid off as in just one year, the farmers’ association was able to recover its lending business, grocery store and vegetable farm. A piggery and meat shop as well as cacao nursery and a cassava processing plant were also put up.

They evolved in June 2018 into a full-fledged cooperative, registering with the Cooperative Development Authority as the Farmers Entrepreneurs Association Agrarian Reform Cooperative, which now has more than P5 million in financial assets and P4 million in material assets.

“When people come together, they are able to harness their collective power,” says the 31-year-old general manager Angelica Ubaldo, “We uphold the principle of cooperation and we use the slogan: Farmers helping farmers.”

These farmers also expanded their operations from lending to corn and cassava production. At their peak, they produced nine tons or 450 sacks of cassava flour, which were bought by manufacturers to be used in ketchup and processed food production.

The association from this quiet town of Salcedo even caught the eye of Vice President Leni Robredo who rewarded the cooperative’s trailblazing efforts with two service vehicles.Last year, FEA-Arco placed third in the Philippine National Corn Congress for their resourcefulness and ingenuity in coming up with a line of corn and cassava products.

The money they earned was used to construct a warehouse, expand the cassava processing and fertilizer plants, and buy two more vehicles.

But just when things were looking up even more for FEA Arco, the members were hit hard by the COVID-19 pandemic. From March, orders for their cassava flour by Nutri Asia Corp. and cassava granules and fertilizer by B-Meg Corp. have dropped significantly as demand for these products collapsed and quarantine restrictions halted product movement.

At the same time, the cooperative could not lean hard on their farmer-members who are also suffering under the weight of some P3.2 million in combined outstanding loans.

Thus, the cooperative sought to survive another way by reducing for now the number of regular employees to just 12 from the initial 40. This way they hope to hold on long enough until their fortunes turn once more.

Bayarong and Ubaldo are not ashamed to share that the cooperative is earning less than half of their pre-COVID-19 income, from P100,000 to just P30,000, as they believe that like many crises before, “this too shall pass.” INQ

Read Next
Nielsen: 50 years of market winning insights in PH
EDITORS' PICK
Pru Life UK receives four golden arrows for solid corporate governance
Malls adjust ‘NCR Plus’ operating hours for April 12-30 MECQ
Speed up your game with the new vivo Y20s [G]
Pre-order the new vivo Y20s [G] to get a free TWS earphone
‘NCR Plus’ to be under MECQ starting April 12 until April 30 — Palace
Metro Manila to have shortened curfew hours from 8 p.m. to 5 a.m. under MECQ
MOST READ
Stop ‘creeping occupation’ of ‘militia’ boats in WPS, Pacquiao asks China
Bea Alonzo clarifies status of her relationship with Dominic Roque
Convicted former aide of Sen. Bong Revilla dies — BuCor
Locsin to China: ‘Then move out’
Don't miss out on the latest news and information.