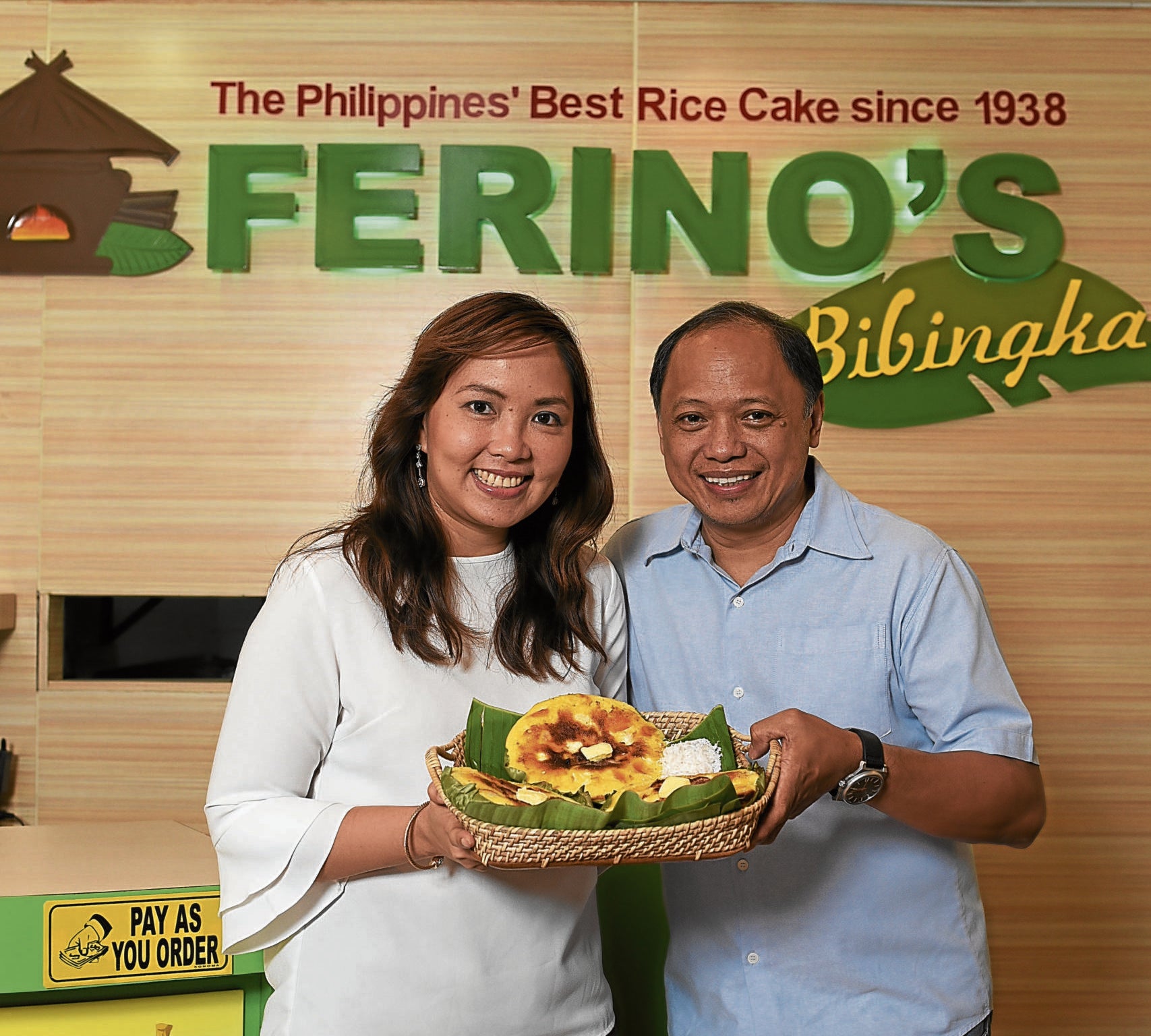 Sonny and his wife, Anne, have taken over the helm of Ferino’s

One thing’s for sure, this Christmas season will be unlike any other.

With the threat of contracting the highly contagious COVID-19 still hanging in the cool air, the 2020 holidays will be a lot more subdued, with gatherings kept to a minimum and movements restricted to keep infection numbers under control.

But there are traditions that Filipinos simply can’t do without, and among these is eating bibingka, the classic rice cake that, according to custom, should be enjoyed together with “puto bumbong” and consumed fresh off the coals after attending the Misa de Gallo.

And when it comes to bibingka, Ferino’s Bibingka reigns supreme, with the 82-year-old brand still going strong and true to the memory of founder Ceferino Francisco, whose tightly guarded recipe for delicious bibingka with its irresistible combination of sweet, salty and smoky flavors is still used today. Imitated, yes, but not equaled. 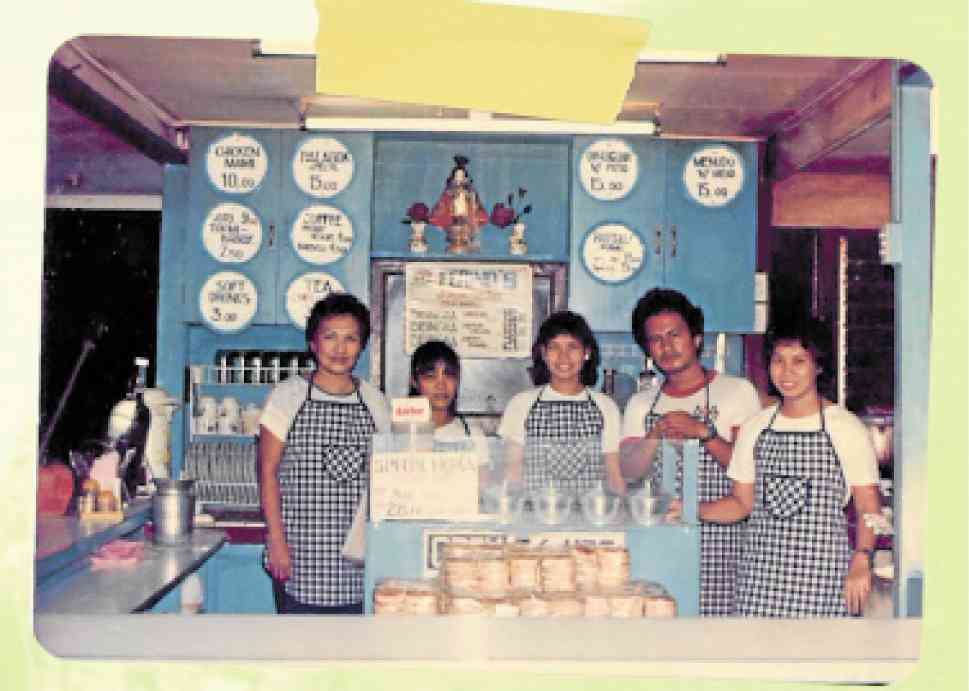 Ferino’s Bibingka traces its beginnings to October 1938 at Juan Luna Street in Tondo, Manila, where Ceferino and his wife, Cristina, started cooking bibingka with three clay stoves on a 1-meter bench and two small tables near their rented apartment.

They started selling bibingka only during the Christmas season, but after the war, Mang Ferino further improved the quality of the bibingka, made from scratch using ground rice, eggs and sugar, and started offering it the whole year.

Word of Mang Ferino’s bibingka spread and eventually reached the management of the Manila Hotel. Thus in 1957, the management invited the Francisco couple to open a full-scale restaurant in the hotel complex. This was followed in the 1970s by another branch at the old Fiesta Carnival in front of the Araneta Coliseum upon the invitation of Don Amado Araneta and by other outlets soon after.

Sonny Emmanuel V. Francisco, CEO and president of 1938 Francisco Food Specialties, which owns the Ferino’s Bibingka chain, recalls how as a grade schooler, he used to accompany his grandfather to the wet market to buy supplies for the store.

“He was hands-on, always in the kitchen, very industrious,” shares Francisco, who also used to visit his Lolo Koko at the Manila Hotel where Ferino’s operated for years. Sonny was 8 years old then and his job was to point customers to the restroom.

The younger Francisco took Ferino’s more seriously when he was in university, voluntarily helping his grandfather in the production of the bibingka, especially the manual mixing of the “galapong,” or the glutinous rice mix, the heart of the bibingka recipe.

“My goal was just to simply help him. Little did I know that he was already training me in the production and formulation of this 82-year-old family trade secret,” shares Francisco.

His education in the family business was enhanced by his father, Alfredo, who revived Ferino’s Bibingka in 1981, years after the original outlets closed one by one following the death of Mang Ferino in 1975.

“I saw the passion of my father in continuing the business to the point that he gave up his profession as a professor in order to be hands-on in the business,” says Francisco, who also credits his father for exposing him to all the tasks he needed to master to keep Ferino’s up and running, from formulation to production then retail and even branding. 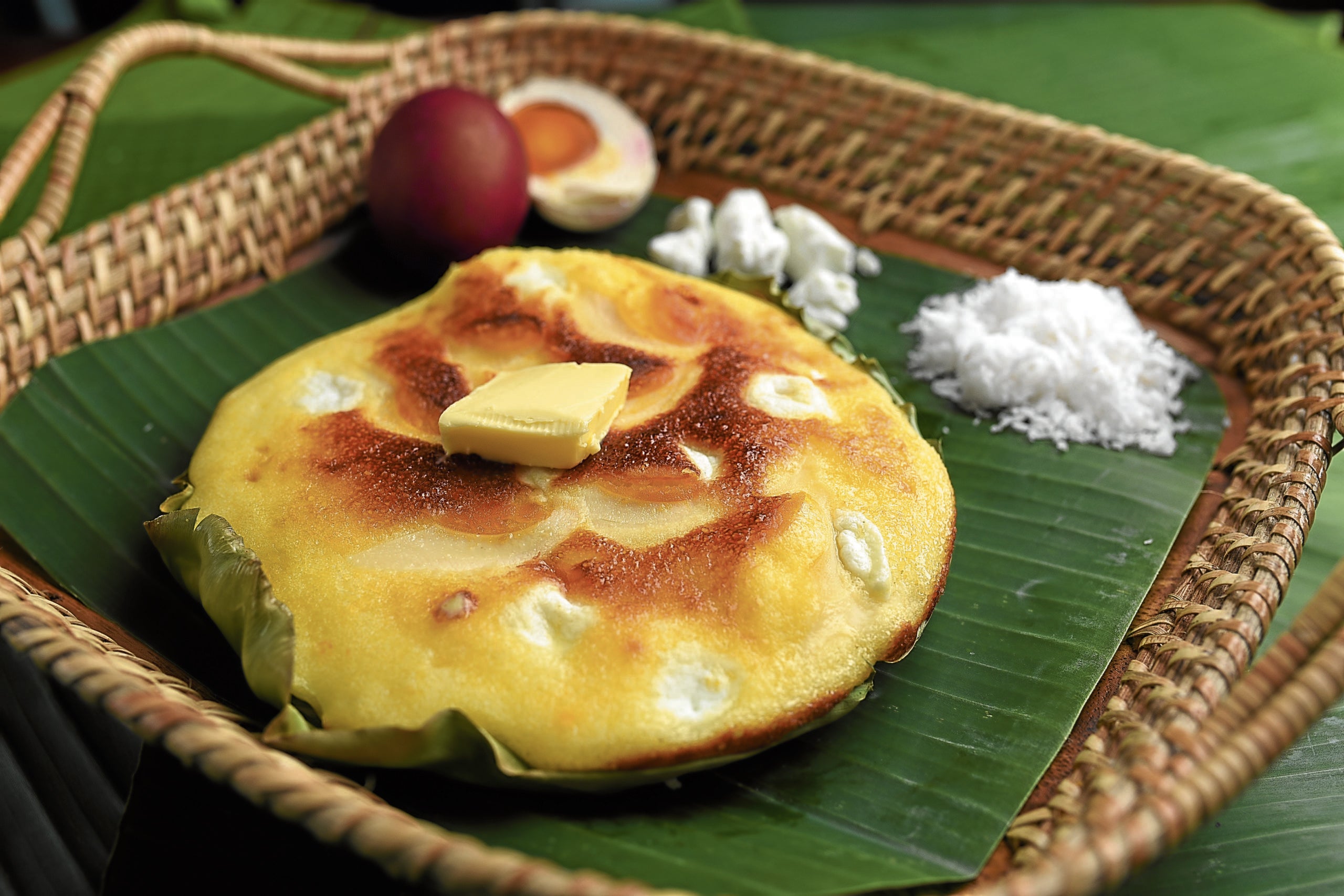 Ferino’s Bibingka has become a Christmas staple for many Filipinos

That branding, the association of bibingka with the Ferino’s name, is what enabled the company to survive all these years despite the never-absent competition from old and new players. And that is primarily due to the quality of Ferino’s Bibingka.

“We have seen many businesses similar to ours come and go. One of the factors that enabled Ferino’s to stay in the business is the legacy. Since the name was established in 1938, it is now considered an institution, mainly because of the quality of the product. Its flavor is classic and remains traditional,” says Francisco.

But while Ferino’s under the watch of the third generation does not stray far from its roots, Sonny and his wife, Anne, realize that they have to innovate in order to compete.

“When I started to run the business, I did manual mixing, which consumed much more time and effort. But with the upgrading of equipment, it saved so much time, produced efficiently and can do mass production. We also appreciate the benefits of digital technology in many of our business practices.”

Products of their innovation are frozen ready-to-eat bibingka (with a shelf life of one year); minibibingka; toasted bibingka; franchising as a form of expansion; and expanded product mix in its outlets.

And amid the COVID-19 pandemic, Ferino’s is taking a giant step forward with the opening of its biggest store on Kalayaan Avenue in Quezon City, with an outdoor dining area for customers who want to enjoy their bibingka in a safe place.

“We will also serve there bibingka cooked in traditional ‘kalan de uling,’” says Francisco, who is forging ahead with the restaurant concept as an homage to his grandfather. Francisco is likewise driven by a desire to provide jobs in these difficult times. One reopened store, he says, means more people getting back to work and putting food on their table.

He admits that like many other entrepreneurs, he and his wife have had to make difficult decisions to stay afloat, among them pulling out of the malls because of the low foot traffic amid the pandemic and high rentals and immediately pivoting online to keep cash flowing.

They just maintained  eight stores for takeout and delivery, and also just to keep employees working.

With the easing of quarantine restrictions, the Franciscos hope that they will again get on the aggressive expansion track to keep the brand alive and kicking for at least the next 80 years. There are also plans to take the Ferino’s Bibingka brand outside the Philippines. 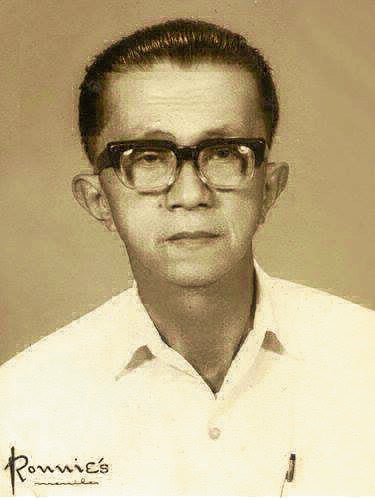 “My goal now for the brand is to go global, since the brand is known and in the business for so many decades already. Also my objective is to introduce the Filipino delicacy to the international market and expand through franchising, distribution, supply and retail,” he says.

As Ferino’s grows, Francisco continues to be guided by business lessons he learned from his father and grandfather.

“From the past generations, I have seen a clear perspective on how the business operates and performed and through this I also learned from the mistakes, challenges, struggles in the business, and for me to correct, improve, strategize and develop in this generation,” he says.

For the next generation, Francisco has these lessons to share: do not focus on just sales, but rather also on the product quality and customer satisfaction.

“Another is to protect the name of the brand. Appreciate also your employees for they are the ones who help you generate sales and build your brand,” Francisco says.

“My encouragement to the next generation is to continue the legacy which started in 1938. Continue to innovate, be resilient. Also, whatever success for more generations to come, always to God be the glory,” he says. INQ