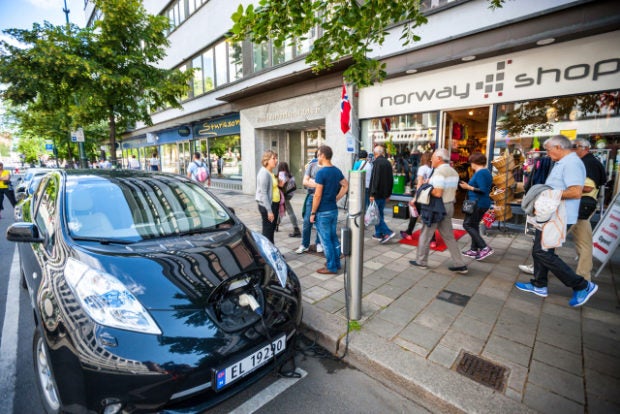 Norway is a pioneer in electric vehicles, promoting the purchase of such cars as an alternative with purchasing incentives. Image: anouchka/Istock.com

This past November, Europe passed the symbolic milestone of half a million electric cars sold in the region. If we add in plug-in hybrid vehicles, over a million electrified cars have already been sold this year. Two record figures!

Data presented by Schmidt Automotive Research data have shown that almost one vehicle out of ten sold in Europe is electrified. When it comes to 100% electric cars, this figure could brush past the 600,000 milestone by the end of the year, representing one new car registration out of 20.

This year’s champion for 100% electric car sales is Germany, with 98,610 units sold during the first nine months of the year, followed by France (70,587) and Great Britain (66,611), according to the French National Association for electric mobility (Avere).

Such figures are bound to rise since many carmakers have already announced their plans to switch to electric powertrains in the short or long run. It is already the case for Volvo, which transitioned to a lineup of full-electric or plug-in hybrid this year. France’s DS, Jaguar Land Rover and Maserati will follow suit to offer only 100% electric models or plug-in hybrid ones to their clients in the coming years.

In France, Renault has long been a full-electric vehicle pioneer, while Citroën plans on offering an electrified version of every new model it launches, be it plug-in hybrid for bigger vehicles or 100% electric for city cars. Peugeot has chosen a more distant deadline: 2030.