It’s no Oprah show, but 2020 is the year of free cars | Inquirer Business
Close
menu
search 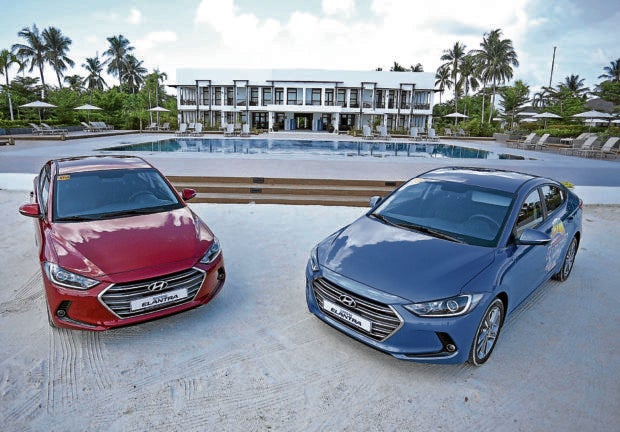 Test drives are part of a car company’s marketing efforts, inviting media and various stakeholders to check out the specs of its sedans, SUVs, etc. These days, distributors are resorting to aggressive promos, including ‘buy one, take one’ deals in order to jump-start sales in the virus-hit industry. —CONTRIBUTED PHOTO

The automotive industry saw a popular brand resort to a “buy one, take one” promo only twice in the last five decades—once in the 1990s, and then recently, when the pandemic struck.

Escorton “Gordon” Teng, 73, recalled that in the 1990s, Mazda, then distributed by Columbian Autocar Corp., offered a sports car for free if a customer bought its multipurpose vehicle Mazda MPV. Teng, who currently owns several dealerships in Metro Manila, has been in the industry since he left college in 1971.

The promo was offered again earlier this year. A Hyundai passenger car that used to cost nearly P800,000 was offered for free—if you bought a sports utility vehicle (SUV).

Teng, chair of Wheels Inc., was one of the dealers who offered the sweet deal. In about two months, their inventory—almost 4,000 Hyundai units—was sold out.

But this says less about the state of the car dealers and more about the distributors, if not the entire industry.

Car companies would only do extreme promos when consumer and business confidence are low, such as during crisis periods, according to Trade Undersecretary Fita Aldaba.

“[It’s the] same thing now with the health and economic crisis. People don’t want to spend on nonessentials. Hence, [companies had to resort to] intensive marketing and aggressive promotion to stimulate demand,” she said in a Viber message.

“[It’s] better to sell at very low prices rather than incurring inventory costs and risk not being able to sell current stocks, especially when new models come in,” she said.

“I always say that dealers are the tail and the distributors are the heads. So the tail follows the head,” Teng said in a Zoom interview with the Inquirer in November.

While promos have always been a part of the business, car companies rarely go this far to get back customers. “It only tells you that they need to get rid of those units,” Teng said.

It has been a terrible year, said Kia Philippines president Manny Aligada in a phone interview.

“All the players had already planned for an aggressive 2020, better than 2019. Unfortunately, we already have the inventory for almost the year. So people were stocking up, and then it happened suddenly,” Aligada said.

It began with the volcanic eruption. Manufacturers saw windshield-damaging ash cover the tops of brand-new cars parked in their plant assemblies in South Luzon.

Then, of course, the pandemic happened.

For an industry that advances orders, the vehicles were left idle for months. Upkeep was expensive and fewer people were buying.

When the Taal Volcano erupted in January, sales dropped 11.8 percent versus the same month last year to 23,723 units, official data of car and truck manufacturers showed. This is based on data from the Chamber of Automotive Manufacturers of the Philippines, Inc. (Campi) and Truck Manufacturers Association (TMA), whose members include market leaders Toyota and Mitsubishi.

Then at the peak of the lockdown in Luzon in April, Campi and TMA—which account for about 88 percent of the auto industry in the country in terms of sales—sold only 133 units.

“It was not a slow drop. It was a ditch. Suddenly, it was a full lockdown,” Aligada said. Kia, which Aligada heads, is also part of Campi.

It was not just about the inventory that the industry was stuck with. It was also about the costs it took to maintain the unsold units, like cleaning them and paying for the space.

And so, Aligada said, the industry provided huge promos. Kia, for one, offered promos across its line-up, marking its most aggressive since the brand started being distributed under the Ayala Group in 2019.

Kia’s entry-level model Picanto has a suggested retail price of P590,000. These days, the unit is being offered for a down payment of just P1,000,

None, however, were arguably more aggressive than Hyundai. No one gave a discount to dealers as big as Hyundai that Teng practically offered SUVs and passenger cars to his customers for free.

“If they [distributors] get it out now, they will lose less. If they do it later, they’re gonna lose more. They know that, so some of them just bite the bullet and try to dispose the units as early as they can,” said Teng, who also sells other car brands.

Hyundai Asia Resources Inc., the official distributor for the Korean brand in the country, has not yet responded to a request for comment as of press time.

Rommel Gutierrez, Toyota first vice president and Campi president, has not yet responded to requests for interview as of press time. But in a previous statement, he said the industry was on track to reach 240,000 units by year-end.

But in this case, Aligada said it might not be necessarily right to compare 2019 and 2020.

The Philippines didn’t have a volcanic eruption and a pandemic last year. If one looked past that, there were other— more encouraging—signs hinting at a recovery, he said.

He said sales have been improving month-on-month. Campi and TMA confirmed this, showing that except for August, the industry continuously saw growth beginning May.

Aligada thinks it will get better next year.

Financing, which he said was usually responsible for up to 70 percent of retail sales in the industry, would normalize once the Bayanihan laws ease the regulations on the financing system.

Moreover, with more people going back to work, car loans are now getting processed faster. At the height of the lockdown, it took a month to process loan applications, whereas it only used to take a few days or a week at most.

Marketing efforts like promos would continue next year, but not as aggressive or alluring as 2020, said Aligada, who stressed this was the best year to buy a new car.

“There will always be aggressive marketing efforts. That will continue, but I think the magnitude of the freebies will not be as much as this year,” he said.

“The reason for that is because with what’s happening lately, the economy could bounce back very soon,” Aligada said. INQ