Bumpy road ahead of KAL-Asiana tie-up 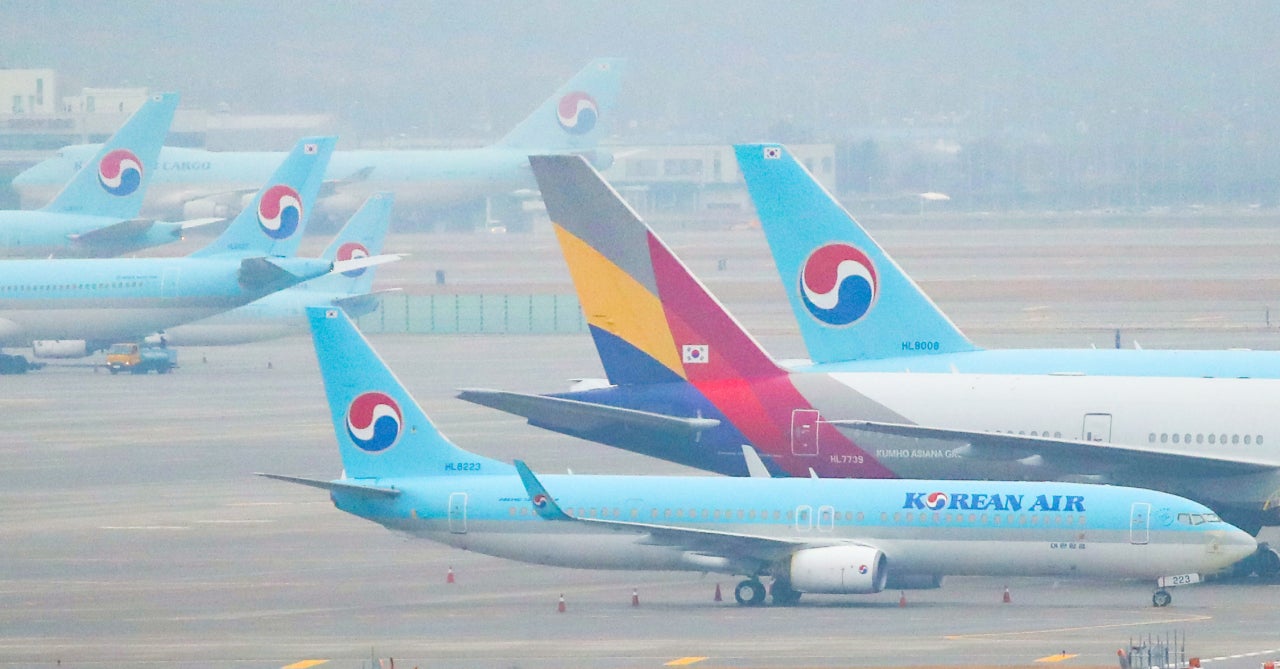 State-run lender and creditor Korea Development Bank has addressed concerns over the possibility of an injunction court order that might kill its plan of providing 800 billion won ($716 million) to Hanjin KAL in return for at least 10.6 percent of voting rights plus exchangeable bonds. The KDB capital injection is viewed as the backbone of Korean Air’s 1.8 billion-won deal to control its indebted rival Asiana. The first court trial regarding the matter is poised to kick off Wednesday.

Eyes are on whether the court interprets KDB’s plan to invest in Hanjin KAL as one designed to improve aviation firms’ financial status amid struggles to stay afloat from the COVID-19 fallout, or one breaching other Hanjin KAL shareholders’ rights to take part in the fundraising.

The dispute comes amid a brewing proxy fight between a consortium led by private equity fund Korea Corporate Governance Improvement and incumbent Hanjin Group Chairman Cho Won-tae over the group’s management control over the past few years.

The KCGI-led consortium, holding a 45.23 percent stake in Hanjin KAL, has claimed that Hanjin KAL’s new share allotment to third-party KDB is deemed a breach of existing shareholders’ rights to acquire the new shares.

In an apparent bid to ward off stock dilution, KCGI lashed out at KDB’s investment plan last week, arguing KDB’s investment in Hanjin KAL is designed in favor of the incumbent chairman, and that its pledge to keep the Hanjin ownership family in check with a special committee comes in disguise.

KCGI’s argument appears to be based on Supreme Court rulings that issuing new shares of a company engaged in a proxy battle to a third-party investor, or giving the investor the right to buy new shares through convertible bonds or bond warrants, violates existing shareholders’ rights.

The rulings indicate that a company must guarantee existing shareholders the rights to participate in its share issuance if a proxy fight was underway, in order to prevent a certain shareholder from inviting friendly shareholders. However, such existing shareholders’ rights can be overshadowed if there was an immediate need for the company’s fresh capital, and if the shareholders were not willing to pay for new shares.

High-profile cases include de facto Hyundai Group holding company Hyundai Elevator’s failed attempt to raise capital through a public offering of new shares to defend its management rights in the face of KCC’s hostile takeover bid in 2004. Computer parts wholesaler PC Direct’s attempt to defend from a hostile takeover through a third-party new share allocation was deterred by the Supreme Court last year.

Both companies failed to prove their urgent need of new capital while restricting existing shareholders’ participation in the capital increase, rulings showed.

This highlights KDB’s need to appeal to the court that the immediate need to salvage the indebted airliners whose businesses have been spiraling due to the COVID-19 pandemic had left the lender with no other choices, and to prove that it was abiding by the law and Hanjin KAL’s articles of incorporation.

Under the Commercial Act of Korea, a third-party investor can be entitled to be allotted newly issued common shares, notwithstanding the rule that every shareholder of a company is entitled to claim the rights to buy new shares proportionately, as long as the share purchase is meant to either develop a new technology or improve an issuer’s financial structure. Hanjin KAL’s articles of incorporation also stipulate that sales of new shares to a financial institution — up to 30 percent of the entire stake — do not require shareholder approval. The plan earned board approval on Nov. 16.

If all exchangeable bonds the KDB bought are fully exchanged with existing shares of Hanjin KAL, KDB will control 29.29 percent of the company, not breaching the criteria as stipulated in the company’s formal document.

Even after the injunction court upholds KDB’s Hanjin KAL stake acquisition, a long road is ahead to reach a final close of the proposed deal.

Competition watchdog Fair Trade Commission is expected to review the impact of the megadeal on the aviation industry and consumers.

FTC Chairwoman Joh Sung-wook said in a radio interview last week that the watchdog will carry out a “multifaceted analysis to measure the anti-competitive effect, disadvantages to consumers and business efficiencies” as a result of the tie-up, from the deal that is expected to turn Korean Air and Asiana into a single full-service carrier.