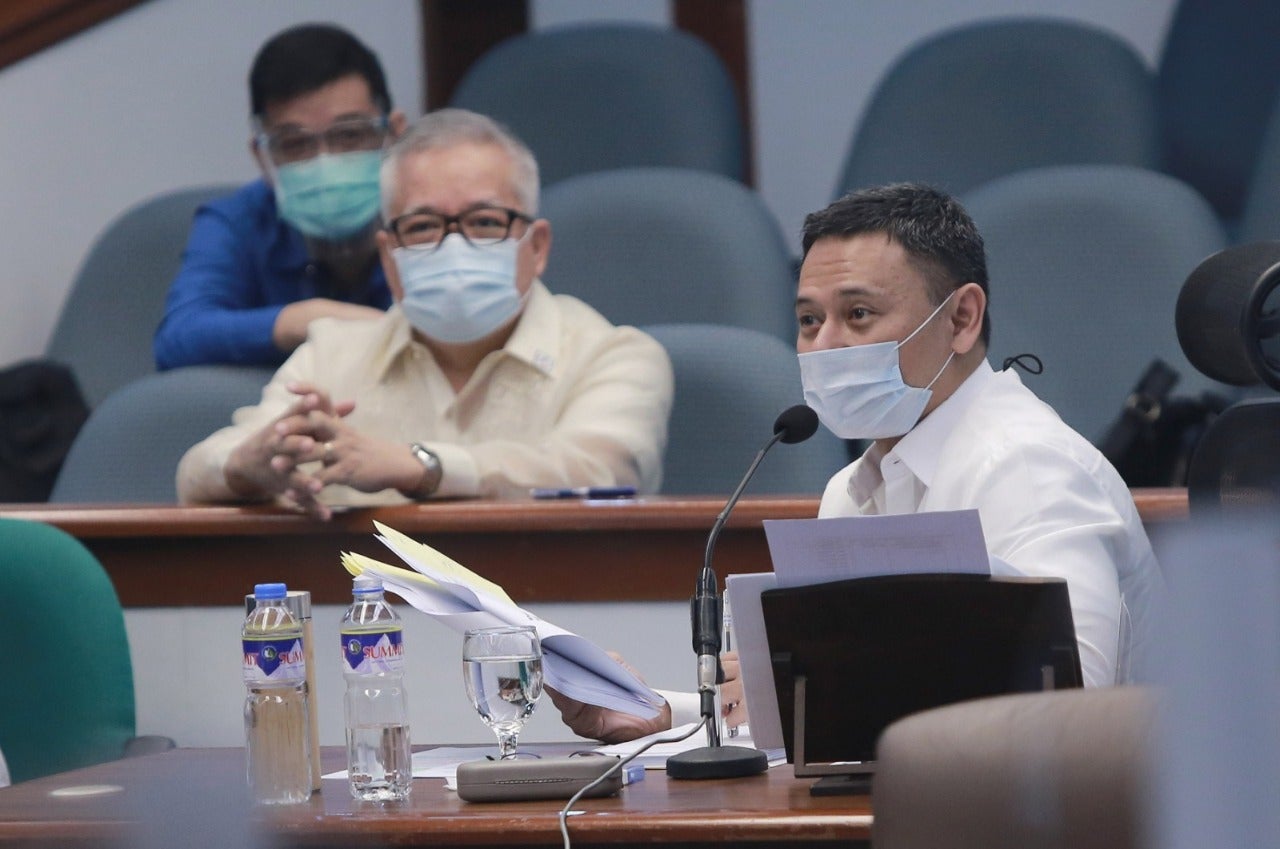 DTI BUDGET DELIBERATION: Sen. Sonny Angara, chairman of the Senate Committee on Finance, during the continuation of the hybrid marathon plenary session Wednesday, November 18, 2020, defends the proposed 2021 budget of the Department of Trade and Industry (DTI).

MANILA, Philippines — Nearly 25,000 loan applications from pandemic-hit micro, small and medium enterprises (MSMEs) remain pending with the non-release of P9 billion under the Bayanihan to Recover as One Act.

During Wednesday’s Senate debates on the 2021 proposed budget of the Department of Trade and Industry (DTI), it was revealed that only P1 billion of the P10 billion funding for the assistance of MSMEs has been released.

Defending the DTI’s budget, Senator Sonny Angara said that of the 26,245 loan applications the agency has received since the beginning of November, it has so far approved 1,660 loan applications equivalent to P1.2 billion.

“They (DTI) hope the money can be released so they can process even more of these loans,” he said.

“They’re quick to process, usually it just takes about a week to process these loans,” he added.

Senator Francis Pangilinan, who inquired about the status of loans granted to MSMEs, raised concerns over the non-release of this funding.

“This brings us back to the basic question on why is it not being released?” he said.

Pangilinan also pointed to the concerns raised by senators during Tuesday’s budget deliberations where they learned that the Department of Social Welfare and Development (DSWD) has a total of P83 billion unspent funds from previous budgets and the two Bayanihan laws.

“Now we’re talking of P9 billion still to be turned over to the DTI for distressed companies,” he said, noting the over 20,000 “companies crying for help.”

Later in the deliberations, the DTI, through Angara, clarified that the Department of Budget and Management had already released P8 billion of the P10 billion to the SB Corp.

But the SB Corp. has so far only released P1 billion to the over 1,600 borrowers with approved loan applications.