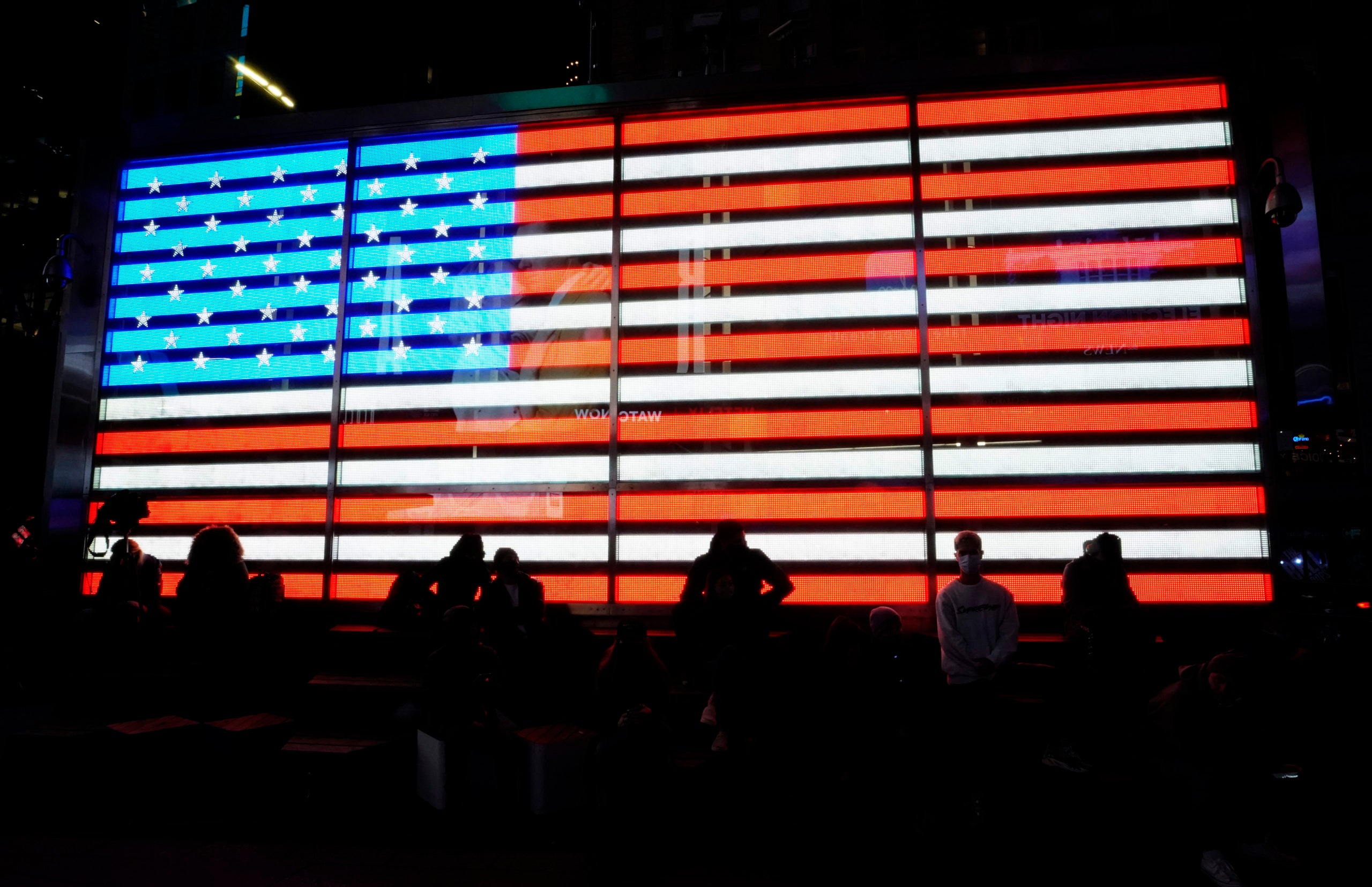 European stock markets, which opened sharply lower after President Donald Trump said he would go to the Supreme Court to dispute the US vote count, turned higher in late morning deals.

Asian indices mostly closed up but that was ahead of Trump declaring he would dispute the election.

Around 1015 GMT, London’s benchmark FTSE 100 index was 0.3-percent higher, while the pound fell 0.7 percent against the dollar.

In the eurozone, the Frankfurt stock market edged up 0.1 percent and Paris added 0.5 percent.

The euro was down around half a percent versus the dollar, while oil prices surged almost three percent.

“With Donald Trump already claiming victory even though millions of votes are still uncounted, investors may have to belt up and brace themselves for some volatile sessions of trading ahead,” noted Susannah Streeter, senior investment and markets analyst at Hargreaves Lansdown.

The US election was plunged into chaos early Wednesday as Trump prematurely declared victory and sought Supreme Court intervention to stop vote-counting — even as his Democratic rival Joe Biden voiced confidence in his own chances.

In a divisive election cast under the shadow of the coronavirus pandemic that has claimed more than 230,000 lives in the United States, Trump appeared to have avoided a Democratic wave predicted by some polls but he still needs key states to secure another four-year term.

Biden’s White House campaign slammed Trump’s threat to try to stop the election vote count as “outrageous”, saying its legal team was ready to prevent such an “unprecedented” act.

“The US election has become a mess,” said Naeem Aslam, chief market analyst at Avatrade.

“Basically, we are seeing a nightmare situation come true because now we are talking about legal battles. This uncertainty is going to keep traders on edge.”

Aslam added that investors still saw the dollar as a safe bet amid the volatility on stock markets.

Before Wednesday’s shock turn of events, world equities had rallied this week as traders piled bets on Biden winning, with opinion polls showing him with a big national lead though with slim advantages in battleground states.

While Tuesday was formally Election Day, in reality, Americans have been voting for weeks. The COVID-19 pandemic caused a huge expansion in mail-in and early voting, and nearly 100 million people had already cast their ballots.

While a failure for Biden and the Democrats would jolt markets, the general consensus is that whoever wins will still push through a major stimulus package for the struggling US economy as it battles the virus.

Meanwhile, on US futures markets, the tech-heavy Nasdaq was up more than two percent.

Russ Mould, investment director at AJ Bell, said Biden is “arguably negative for tech stocks on the grounds that he might begin more strenuous antitrust reviews and potentially increase their tax bills” if elected.