Developers seen to benefit from resumption of infra projects

The resumption of construction activities, particularly for key infrastructure projects, bodes well for property developers and the economy.

Even before the pandemic broke out, property developers are already closely watching infrastructure developments. That’s because such projects do not only improve accessibility of towns and cities, it could more importantly help boost land values and property prices.

Today, amid the COVID-19 pandemic, the government’s ambitious Build, Build, Build initiative is now also being recognized as one of the strategies pivotal to the recovery of the Philippine economy. Finance Secretary Carlos Dominguez III even described these big-ticket projects as “the cornerstone of our economic recovery,” as prioritizing them would hopefully create more jobs and, in turn, stimulate growth and boost domestic consumption. 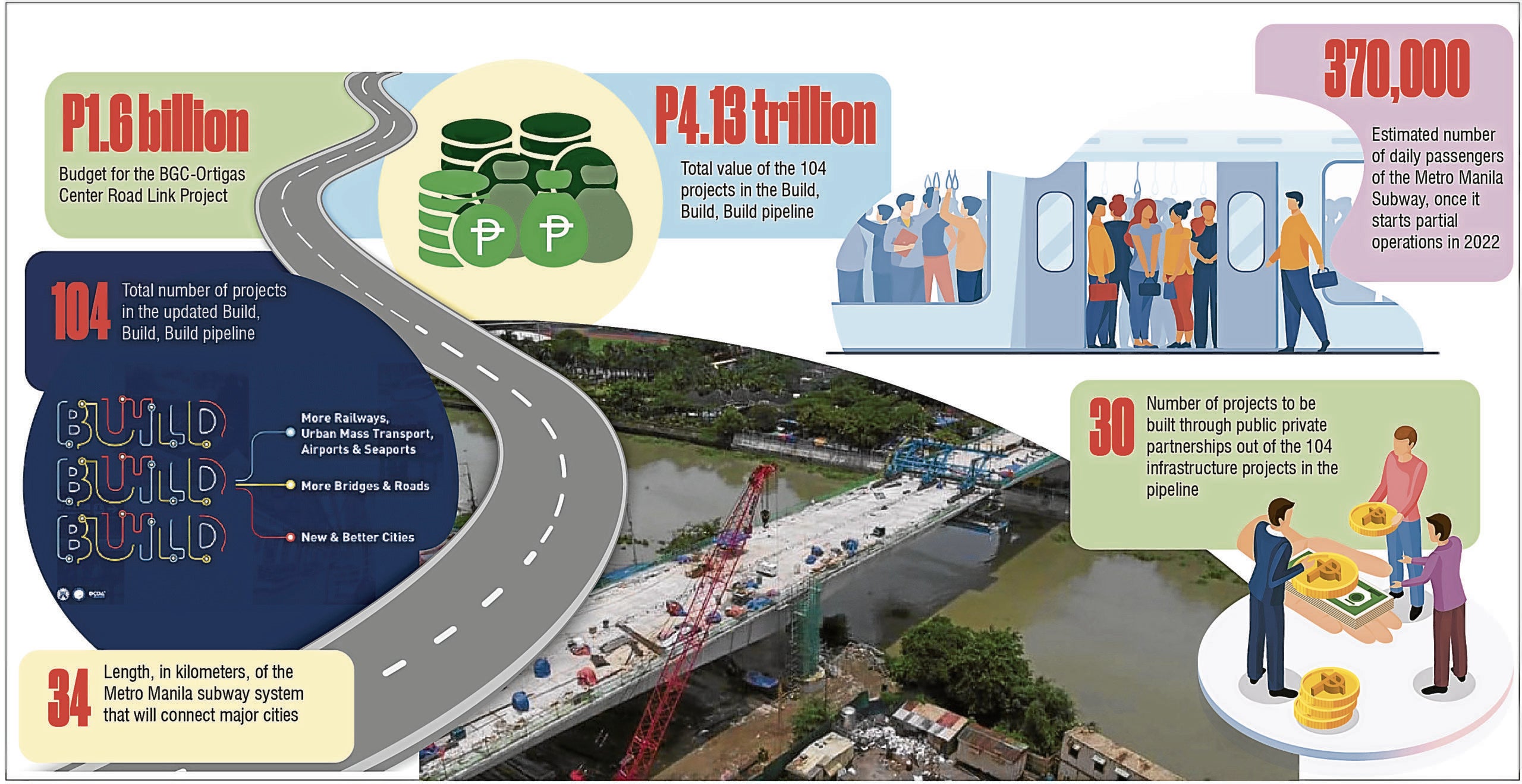 As soon as the quarantine restrictions were eased, construction has resumed for key projects including the Cavite-Laguna Expressway, a 45-km expressway connecting the Manila-Cavite Toll Expressway and South Luzon Expressway. The Metro Manila Skyway Stage 3, an 18-km elevated expressway from Buendia in Makati City to North Luzon Expressway in Balintawak City, was already completed as of last week. The expressway, however, cannot be opened to the public yet as finishing works, such as the proper curing of asphalt, have been delayed by continuous, heavy rains.

In July, the government also assured that despite the lockdown, completions for the 680-m Binondo-Intramuros Bridge connecting Intramuros and Binondo (March 2021), and the 506-m Estrella-Pantaleon Bridge connecting Estrella, Makati City, to Barangka Drive (December 2020) are still on schedule. Once completed, these two mega bridges will augment the 30 existing ones across Pasig River, Marikina River and Manggahan Floodway and will ease traffic along Edsa and other major roads in Metro Manila.

Slated to open next year is the Bonifacio Global City-Ortigas Center Link Road Project, which is expected to cut travel time between the business districts in Pasig and Taguig. The project includes the 362-m rehabilitation and widening of Brixton (corner Reliance Street) to Fairlane Street; and the construction of the 565-m, four-lane Lawton Avenue-Global City viaduct structure onwards to the entrance of BGC.

Aside from these road projects, a 17-station Metro Manila Subway Project is also pushing through. Transportation officials said in September that the first of the six Japan-made tunnel boring machines will be shipped to the country in January 2021. Six out of the 25 total TBMs ordered by the Philippines will be used for the subway’s partial operability section, which will run from Valenzuela to North Avenue in Quezon City. The first-ever subway in the country is expected to start partial operations by 2022 and serve 370,000 passengers daily in its first year. The Department of Transportation hopes all stations will be fully operational by 2026.

Currently, the updated Build, Build, Build pipeline lists a total of 104 projects worth P4.1 trillion. About 30 big-ticket infrastructure projects, worth a combined P1.75 trillion, will be rolled out by tycoons’ deep pockets. The biggest in terms of project cost is the unsolicited public-private partnership (PPP) proposal of conglomerate San Miguel Corp. to build the P735.7-billion New Manila International Airport in Bulacan.

The revised list also now includes additional health, information and communications technology as well as water infrastructure projects which will not only enable Filipinos to better adapt to the “new normal” but will also support a bounce back to economic growth following the COVID-19-induced recession.