Lee died aged 78 on Sunday, six years after suffering a heart attack that had left him bedridden.

Under his leadership, Samsung became the world’s largest producer of smartphones and memory chips, and the firm’s overall turnover today is equivalent to a fifth of South Korea’s GDP.

It is by far the largest of the chaebols, the sprawling family-controlled conglomerates that dominate business in the country.

Attendance at Lee’s mourning ritual — which runs until Wednesday — will be kept low because of the coronavirus pandemic, Samsung said.

But a series of top politicians and tycoons arrived at the Samsung Medical Center in Seoul to pay tribute to Lee on Monday, including Hyundai Motor Group chief Chung Eui-sun and Korean Air chairman Cho Won-tae. 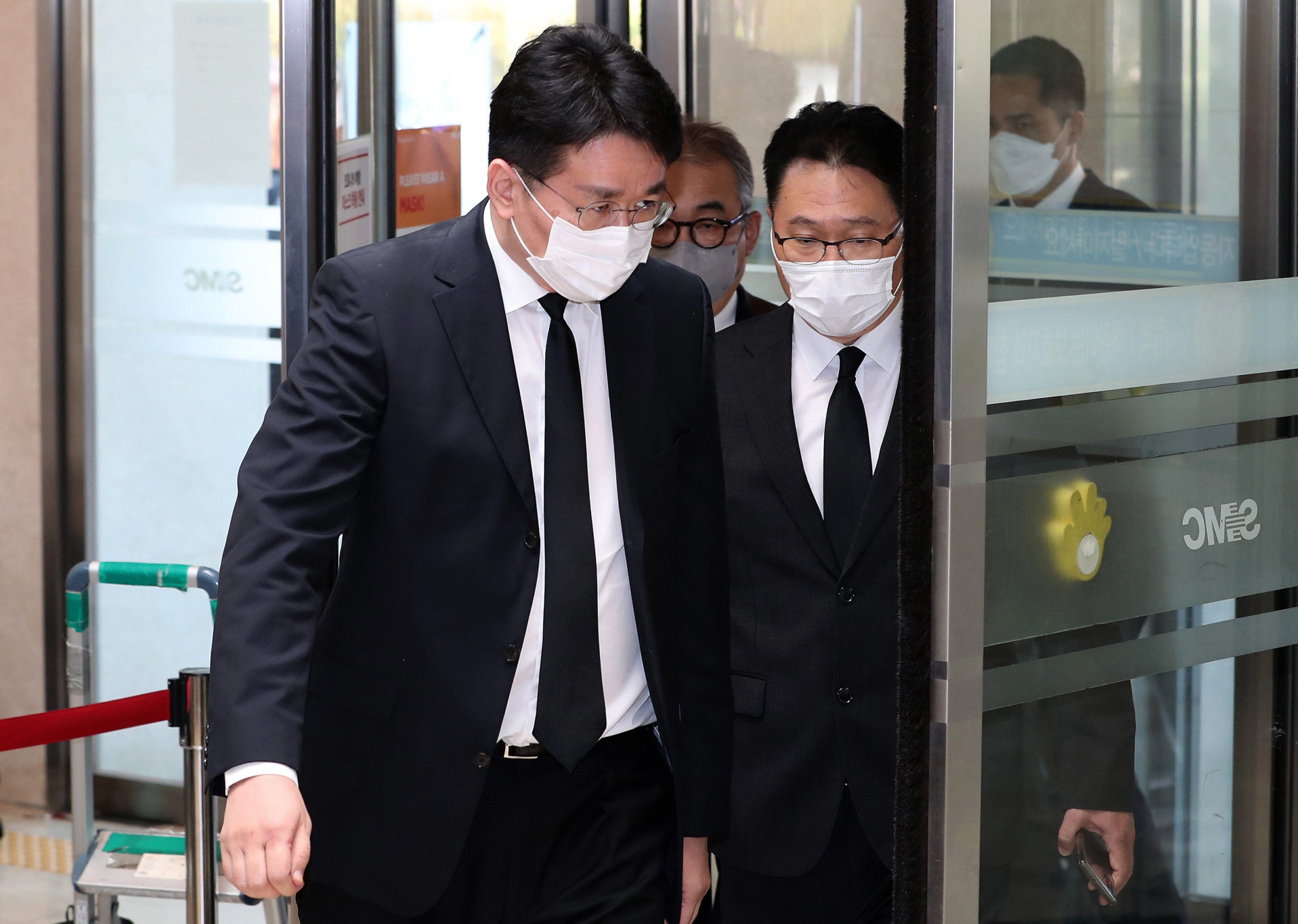 Korean Air chairman Cho Won-tae (front) arrives at a funeral hall to attend a mourning ritual for the late Samsung Electronics chairman Lee Kun-Hee at Samsung Medical Center in Seoul on October 26, 2020. (Photo by – / YONHAP / AFP) / – South Korea OUT / REPUBLIC OF KOREA OUT NO ARCHIVES RESTRICTED TO SUBSCRIPTION USE

“I want to thank him for elevating the country’s status and pride,” he said.

Other attendees included the US and Chinese ambassadors, whose countries are at loggerheads over trade and other issues.

The chaebols drove South Korea’s transformation from war-ravaged ruin to the world’s 12th-largest economy, but have long been accused of murky political ties and stifling competition.

Lee Kun-hee himself was twice convicted of criminal offenses, in one case for bribing a president, though he was later pardoned.

His son and heir Lee Jae-yong is currently being retried on corruption and other offenses linked to the scandal that brought down former president Park Geun-hye.

He also faces a separate fraud case over company deals said to be linked to his succession.