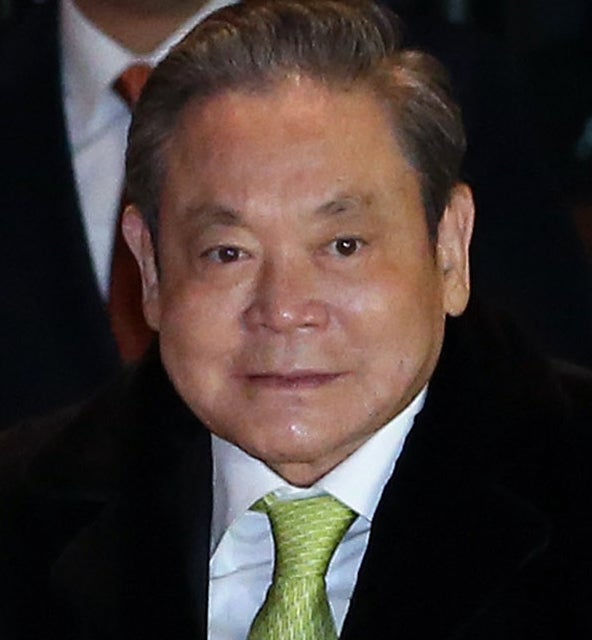 The total value of stocks held by Lee, who died at a Seoul hospital after being bedridden following a heart attack in 2014, stood at 18.2 trillion won ($16.1 billion) as of Friday, according to the Korea Exchange data.

The total value outshines that of his son and Samsung Electronics Vice Chairman and the group heir Lee Jae-yong, who holds the title as the second-richest man in the country, worth about 7.2 trillion won.

Lee was also one of the wealthiest people in the world, with Forbes estimating his net worth at $20.9 billion, putting him at the 67th spot on the publication’s list of billionaires.

The late Samsung Electronics chairman was the only South Korean included on Forbes’ current list of the top 100 billionaires. Yonhap