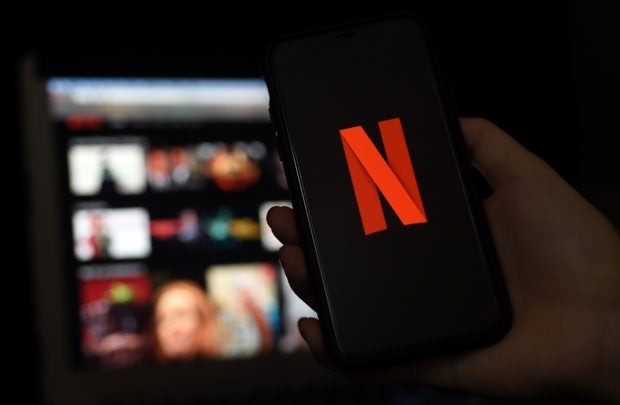 Netflix shares slid on Tuesday after the American streaming television titan reported that subscriber growth slowed in the recently ended quarter, after booming in the early days of the pandemic.

While Netflix added 28.1 million paying subscribers so far this year, only 2.2 million of them came in the third quarter, the company said in an earnings release letter.

“We think this is primarily due to our record first half results and the pull-forward effect,” Netflix said in the letter.

The streaming television giant, now facing an array of competitors, reported it has slightly more than 195 million subscribers.

Growth was strongest in the Asia-Pacific region, according to the earnings figures.

“We’re pleased with the progress we’re making in this region and, in particular, that we’ve achieved double-digit penetration of broadband homes in both South Korea and Japan,” Netflix said.

“While this is encouraging, we still have much work to do and we’re working hard to replicate this success in India and other countries.”

Chief operating officer Greg Peters said in an earnings interview that Netflix is looking to boost growth with promotions such as offering the streaming television service free for a weekend, which it will try out in India.

The streaming television service expected to add 6 million new subscribers during the current quarter, bringing the total number of members added for this year to a record-setting 34 million.

“As expected, the pace at which Netflix added subscribers during the early portions of the pandemic did not continue,” said eMarketer forecasting analyst Ross Benes, noting that the company has still topped membership growth expectations for this year.

Netflix assesses its line-up of local content, ability to retain members and more in each country before deciding whether to “ask those members to pay a little bit more,” Peters replied when asked about the potential to raise subscription rates.

“We think we are an incredible entertainment value and we very much want to remain an incredible value as we continue to improve and grow,” Peters said, not ruling out the potential for price changes.

Netflix shares were down more than 5 percent in after-market trades following the release of the earnings figures.

“Good and careful progress” is being made when it comes to producing original content deemed critical to winning and keeping subscribers, according to Netflix.

Production, derailed in the pandemic, is back on track for hit shows including “Stranger Things” and “The Witcher,” as well as on an action film starring Gal Gadot, Dwayne Johnson, and Ryan Reynolds, the company said.

Netflix expressed confidence it would complete shooting on over 150 productions by year-end, and that the number of Netflix originals launched in 2021 would top the number launched this year.

“Linear television and other big categories of entertainment, like video games and user generated content from YouTube and TikTok are all vying for consumers’ attention and are strong drivers of screen time usage.”

Apple, Comcast, Disney and others have also taken on Netflix with streaming television services of their own. IB

Netflix doubles down on efforts to tap African market