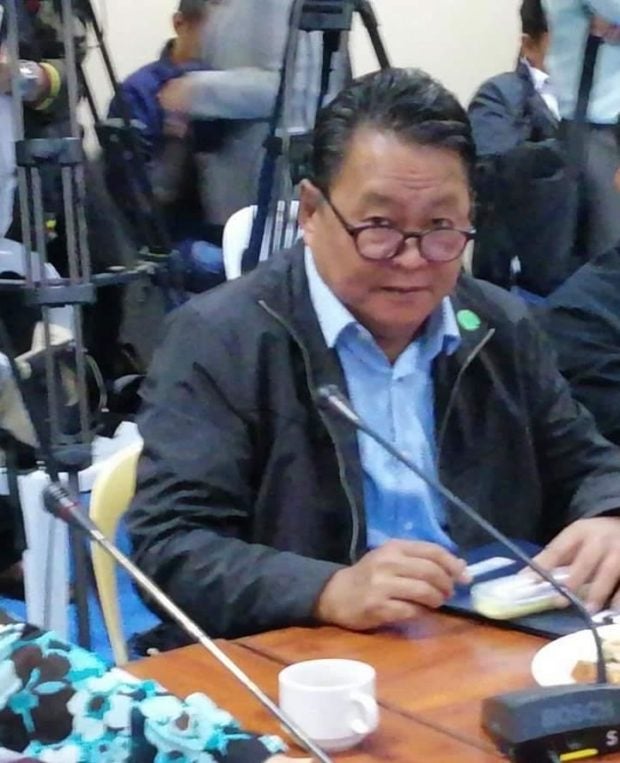 Nicotine Consumers Union of the Philippines (NCUP) president Anton Israel urges the FDA not to ignore the views of legitimate and impacted stakeholders.

MANILA, Philippines — The Food and Drugs Administration (FDA) continues to face backlash from stakeholders who are now threatening to file graft charges before the Ombudsman following the regulatory agency’s admission of receiving funds from foreign vested interest groups.

The FDA conducted virtual public consultations on the general guidelines for e- cigarettes and heated tobacco products (HTPs) on October 6 and 8, 2020, where a ranking FDA official admitted that the agency received grants from The Union and Bloomberg Initiative after questioning from Nueva Ecija Rep. Estrellita Suansing who noted the potential conflict of interest.

The public consultation described by some stakeholders as “moro-moro” was suspended upon the request of Deputy House Speaker Deogracias Victor Savellano who also moved to conduct a full-blown House of Representatives investigation on the FDA.

Nicotine Consumers Union of the Philippines (NCUP) president Anton Israel said: “If the FDA ignores the views of legitimate and impacted stakeholders and proceeds with the adoption of an administrative order lifted from the playbook of their anti-tobacco patrons, we would be constrained to file an anti-graft case with the Ombudsman.”

Philippine representative to the Coalition of Asia Pacific Tobacco Harm Reduction Advocates (CAPHRA) Clarisse Virgino said they were “shocked and aghast by the admission of the FDA that they received money from the Union and Bloomberg Initiative. These groups are known advocates of prohibition for all forms of tobacco products including better alternatives to cigarettes like e-cigarettes and heated tobacco products.”

Philippine E-Cigarette Industry Association president Joey Dulay said during the last FDA public hearing that, “We are saddened to hear that the proposed FDA Guidelines on the regulation of vapor products was based on the recommendations of only the public health NGOs, we (vapers and industry) are the ones most affected with these guidelines and should be heard and considered also.”

“Upon questioning by Congress representatives present in the hearing, it came out that the FDA has been receiving financial grants of Bloomberg, basing guidelines on medical NGO’s who are known anti-vapor groups, shows partiality. We would like to humbly request the FDA for more fair and impartial conduct of the drafting of the guidelines. That is all we ask, so we may work things together hand in hand please,” Dulay added.

Virgino reminded the FDA that the solicitation or acceptance of gifts is prohibited under Republic Act No. 6713, or the Code of Conduct and Ethical Standards for Public Officials and Employees, especially if it involves a piece of regulation: Section 7 of RA 6713 prohibits public officials and employees from soliciting or aaccepting, directly or indirectly, any gift, gratuity, favor, entertainment, loan or anything of monetary value from any person in the course of their official duties or in connection with any operation being regulated by, or any transaction which may be affected by the functions of their office. It is clear that funds received from anti-vaping groups would jeopardize FDA’s treatment of tobacco harm reduction products such as e-cigarettes and HTPs,” she said.

FDA’s acceptance of the grant is a clear case of conflict of interest driven solely by financial considerations, according to Israel. “We know this government is uncompromising with corruption and President Duterte will not tolerate this abuse of authority,” he said.

Virgino said the FDA as a regulatory agency should be an independent body free from the influence of any foreign or local institution that tries to push their own interests.

“It is supposed to safeguard public health, and not become a subordinate to moneyed foreign groups,” she said.

“It comes now as no surprise that the Administrative Order drafted by the FDA, if adopted, would virtually constitute a de-facto ban on vapes and HTPs,” Virginio said, adding, “The FDA agenda is crystal clear. For the 16 million Filipino smokers, the only option is to quit or die. To the 1 million vapers, go back to smoking cigarettes.”

“This is the height of irresponsibility for a government agency when we all know there are options for those who can’t quit cigarettes,” Israel said.

He said:  “Without better alternatives to cigarettes, smokers are only presented with the choice—quit or die.” He said that as a vaper, “If the FDA restricts vaping products, I would definitely go back exclusively to cigarettes.”