Startup Pinay gets an upgrade to increase number of female-led startups in PH
By: Annelle Tayao-Juego - Reporter / @neltayao
Philippine Daily Inquirer / 04:03 AM October 12, 2020 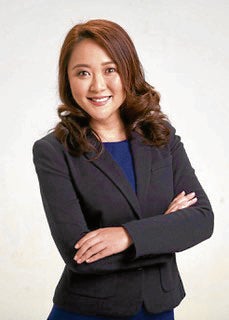 Now on its upgraded version, the Startup Pinay program by QBO (pronounced “kubo,” the traditional Filipino hut) Innovation Hub will be aggressively growing its community of female-led tech startups through funding, mentorship and exposure, thanks to a three-year partnership with Investing in Women (IW), an initiative of the Australian government that promotes women’s economic empowerment in Southeast Asia.

“We envision that this partnership will advance our goals to increase both leadership and participation in the highly lucrative tech startup sector among Filipino women, by directly tackling gender norms and pervasive attitudes in the industry that have historically held women back from achieving their full potential,” said QBO director Katrina Rausa Chan at the virtual relaunch of the Startup Pinay partnership.

According to Chan, while the Philippines ranks high in the 2020 Global Gender Gap Report by the World Economic Forum (16th out of 153 countries), gaps remain in the male-dominated tech industry. Citing another study, the 2020 Philippine Startup Survey by PwC, Chan said only 20 percent of startup founders who responded were female.

Showing a photo of one of QBO’s first events for startups in 2016, wherein only one participant was female, Chan said it wasn’t unusual to see more men in the crowd than women.

“We’re very grateful for the early adopters who came to our events,” said Chan. “But what I was a bit concerned about was, as we kept doing these events, we didn’t see that big of a change [in the number of women] in our events.”

Startup Pinay was initially launched in 2018 by QBO together with the Department of Trade and Industry. Since then, the program has been providing additional, focused support to female tech founders across the country, especially those who are looking to scale up their businesses and expand to markets outside local borders.

“Running this program for two years showed that there’s an opportunity for it to grow and take it to the next level,” said Chan. “Now, through our three-year partnership with IW, we’re making Startup Pinay bigger by coming up with a series of initiatives that will put the spotlight on Pinay tech ‘heroes’ and encourage a wider range of audience to explore the world of tech, hone their entrepreneurial spirit and venture into the startup space.”

Such initiatives, added Chan, will range from developing relevant content that will spur conversations about women in tech, to virtual events that will encourage participation and strengthen our community, and ultimately, design programs that will help women startup founders thrive.

The initiatives under Startup Pinay will also fall under three “core actions”: exposure, network and capacity building. Female tech founders will be given sponsored participation in local and international conferences, community meetups, and mentorship.

“We’re also hoping to build a strong community of women startup founders in the Philippines so that members will be able to reach out to each other, and learn and succeed together,” said Chan.

“IW is excited to be working in partnership with QBO, as they work to shift gender norms to fully enable women’s meaningful participation in the tech startup space in the Philippines,” said IW CEO Julia Newton-Howes. “Women are innovative, talented and ambitious to succeed as startup founders, but are often limited by traditional expectations of the roles they play at home, at work and in society. We are also encouraged to see men in the QBO community acting as allies of women in the tech startup space.”

And while QBO aims to use their platform’s to shine the spotlight on Filipino tech “sheroes,” Chan said that ultimately, their community is one that will always promote gender equality and inclusivity.

“More than comparing our initiatives for male-led startups with female-led ones, Startup Pinay actually aims to also show how men’s support can complement our program,” said Chan. “We see men’s role as another powerful addition to uplifting women in the industry by collaborating with them and helping increase their participation in the sector.” INQ