How your sneakers can speak volumes about where you’re from 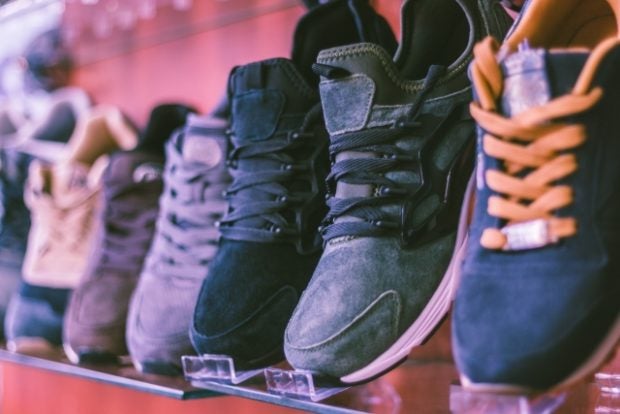 Which sneakers are the must-haves in France, Italy, the United Kingdom or Japan? Resale platform StockX offers some insight in its latest report on the global sneaker market.

Air Jordan 1 Mid tops the bill in France and the U.K.

The French just can’t get enough of the Air Jordan 1 Mid in general, as the shoe accounts for no less than 19 of the 100 top-selling products (sneakers + streetwear) in France, according to the resale platform’s figures. In fact, the classic Jordan 1 Mid stands out as an emblematic style in the country, bought six times the global average.

This appetite for the sneaker, which takes its name from the former Chicago Bulls basketball star, is also shared by Brits. In the U.K., the standout style is none other than the Jordan 1 Mid Pink Quartz (GS), bought nine times more than the global average. In fact, three out of five of the U.K.’s bestsellers are Jordan 1 Mid styles.

Travis Scott cleans up in Italy

It is not so much sneakers causing a sensation in Italy as the streetwear merch from the famous American rapper, Travis Scott. StockX reports that the top style is none other than the Travis Scott Highest T-shirt in brown (selling at nine times the global average), while the rapper’s gear claims 20% of the streetwear market in the country.

Germany and Japan both stand out as exceptions, with more unexpected styles topping bestseller lists. In Germany, the adidas ZX 8000 OG Aqua leads the way (selling 43 times the global average), while in Japan, it’s the “New Balance 1300 Levi’s” (bought 51 times more than the global average).

Interestingly, the New Balance brand is particularly popular in Japan, where it is 700% bigger than in its country of origin, the United States.

It’s a different picture when looking at imports and exports of resold sneakers, however. The Yeezy 350 Zyon is France’s top import of the third quarter, while French sellers are making the most of the Dior x Air Jordan 1 (high and low) collab to export more models than other countries.

The StockX report predicts a bright future for the sneaker resale market, with an estimated growth of 15% to 20% per year. RGA

Down but not out: Crisis puts the brakes on fast fashion