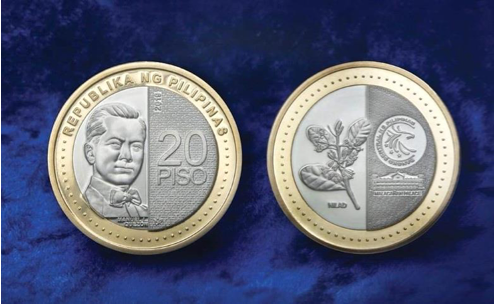 These P20 coins had been released to the public by the BSP since December 2019 but are being sold by unscrupulous traders online for as much as P159 a piece, or four times their face value. PHOTO FROM BSP

MANILA, Philippines—The central bank on Wednesday (Oct. 7) warned the public against buying P20 coins from online merchants who are advertising them as being in mint condition and selling them from anywhere between five to eight times their face value.

In a statement, the Bangko Sentral ng Pilipinas (BSP) advised the public that “it has not issued brilliant uncirculated 20-Piso coins” that were being peddled on digital shopping portals like Lazada and Shopee.

“The BSP reminds the public to beware of online sellers advertising brilliant uncirculated 20-Piso coins for sale,” the regulator said.

“Brilliant uncirculated” is a term used by collectors to refer to coins that have never been circulated and, thus, retain their original mint luster, which makes these items command high prices among numismatic enthusiasts.

According to the BSP, the current 20-Piso New Generation Currency coins had been released to the public since December 2019.

“These 20-Piso new generation currency coins are legal tender and may be used as payment for goods and services at face value,” the central bank said.

A cursory search of the Lazada e-commerce site showed that one seller was offering these mint grade P20 coins for P100 each. Several sellers were offering BSP-issued coins — many of them housed in their original packaging which are distributed by the central bank as commemorative tokens — of various vintages at varying prices.

Lazada has since taken down the page for the P20 coin, with the online retailer telling ABS-CBN News in a statement that its team “does a daily manual sweep of product listings that violate existing policies and are removed when identified.”

“We will continue to take strong action against sellers found breaching our platform’s terms and conditions,” Lazada said.

Online retailer Shopee offers a similar line of BSP-issued coins for sale, including the P20 coin cited by the central bank which retails for P159 per piece on the shopping platform.

The product page is still active as of this writing.