BTS agency chief to be stock-rich after IPO 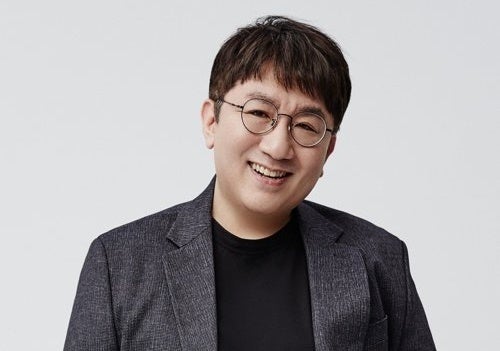 SEOUL — The chief of Big Hit Entertainment, the creative force behind K-pop superstar BTS, will become the 14th-richest stockholder in South Korea after his company’s initial public offering (IPO) in mid-October.

The company is scheduled to open subscription for retail investors Monday and Tuesday at an IPO price of 135,000 won ($115).

Bang Si-hyuk holds 12,377,337 shares, or a 36.6 percent stake valued at about 1.67 trillion won based on the IPO price, in Big Hit Entertainment, according to the agency and financial industry data.

The IPO, set for on Oct. 15, will instantly raise Bang to the 14th-richest shareholder in South Korea.

Big Hit Entertainment has been dubbed one of this year’s three big IPO deals in South Korea, along with biopharmaceutical blue chip SK Biopharmaceuticals and mobile game giant Kakao Games.

If Big Hit closes at the highest permissible on its debut day, Bang’s stockholding will soar to 4.34 trillion won, analysts said. This will make Bang the fifth-richest stockholder in South Korea to replace Hyundai Motor Group chairman Chung Mong-koo.

The IPO event is also expected to boost the assets of each BTS member.

In early August, the septet received a total of 478,695 shares, equally divided in seven. Each BTS member’s stock value could spike up to 24 billion won on the first day of listing.

Based on the offering price, Big Hit Entertainment is forecast to raise 962.6 billion won through the planned IPO, with its market value estimated to reach nearly 4.8 trillion won.