Trade to resume Friday in Tokyo after hardware shutdown 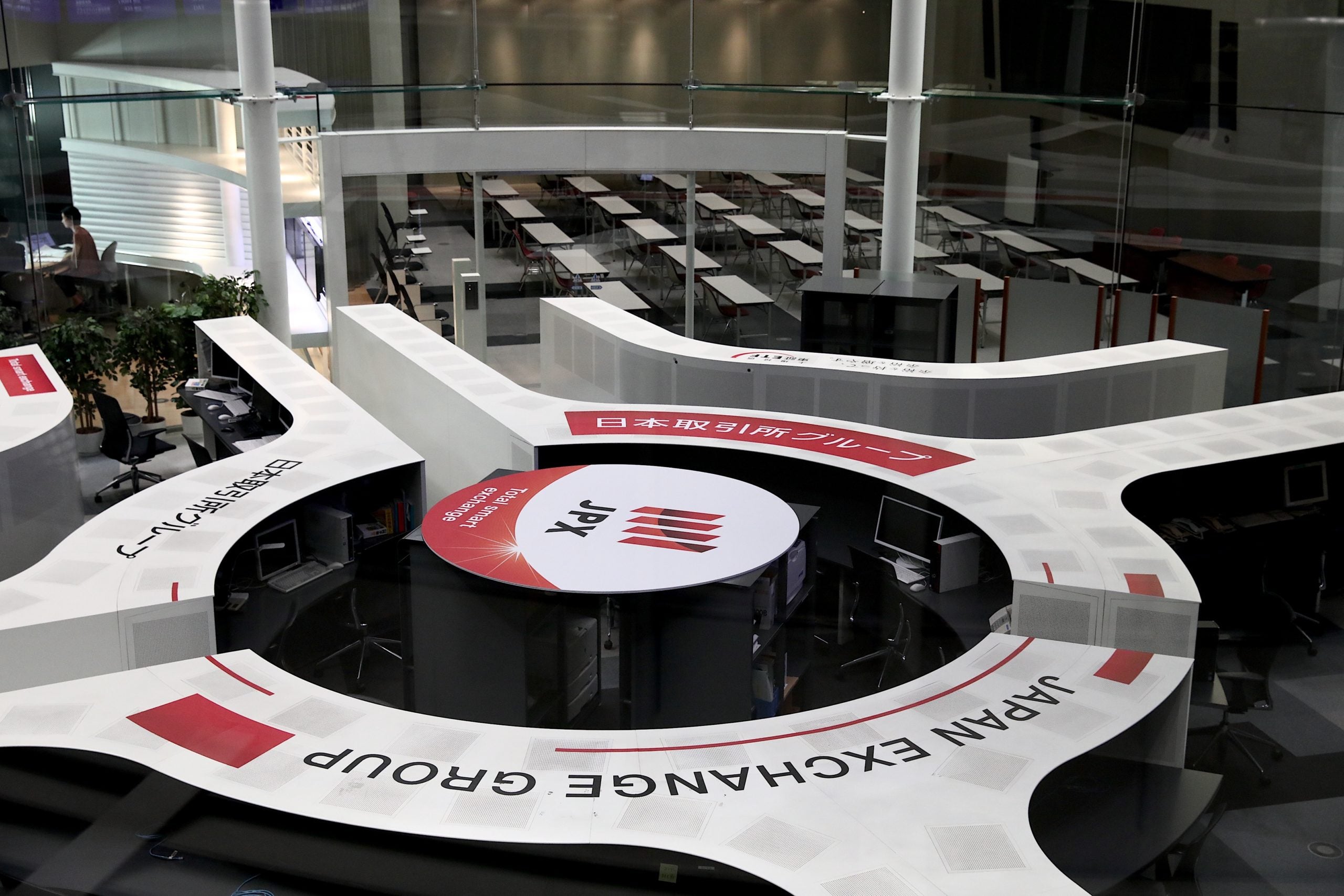 An employee of the Tokyo Stock Exchange works at a desk (L) at an empty trading space where trading was halted due to a glitch on the market in Tokyo on October 1, 2020. (Photo by Behrouz MEHRI / AFP)

Tokyo, Japan — Tokyo’s stock markets will resume trade on Friday, their operator said, after a “hardware failure” caused an unprecedented day-long shutdown of one of the world’s biggest exchanges.

All transactions were suspended for the entire day on Tokyo’s two leading indexes, as well as smaller exchanges in other parts of the country, over a glitch that created problems with the delivery of market information.

“We plan to conduct buying and selling as usual tomorrow,” the Tokyo Stock Exchange (TSE) said in a Thursday statement, hours after officials said the issue had been identified and was being fixed.

There was no indication of a cyberattack or other foul play.

But the problem required a system restart that “would have created confusion among investors and market participants,” said TSE president Koichiro Miyahara at an afternoon press conference.

“After discussing with market participants, we decided to stop the market for the whole day.”

“We caused great inconvenience to many market participants and investors… We sincerely apologize,” he added.

The problem was traced to a memory breakdown that failed to properly trigger a switch to a back-up system.

Officials said the faulty hardware had been replaced and personnel would be deployed to monitor the system and avoid a repeat problem.

The problem was identified before the market opened, with operator Japan Exchange Group (JPX) announcing a halving of trade less than 30 minutes before the opening bell.

Around noon, JPX said trading would be halted for the rest of the day, marking the first all-day stoppage since its current operating system was installed in 1999.

The glitch hit the country’s top Nikkei 225 and Topix indexes, as well as exchanges in Nagoya, Sapporo, and Fukuoka that operate through Tokyo’s system. The Osaka exchange was not affected.

JPX is the third-largest exchange in the world by market capitalization, at an estimated $5.1 trillion, including listings on exchanges outside Tokyo.

It sits behind only the New York Stock Exchange and Nasdaq, according to the World Federation of Exchanges.

The trading halt closed one of the few major markets that was due to be open in Asia on Thursday, with bourses in Hong Kong, Shanghai, South Korea, and Taipei all closed for holidays.

It is the first significant glitch to hit Tokyo since 2018 when a trading system problem left some securities firms unable to execute orders, although the effect on overall market activity was limited.

The market did not shut either during the September 11, 2001 attacks or the March 2011 earthquake and tsunami, but one entire morning session in November 2005 was suspended over a technical problem.

The JPX spokesman said it was the first time an entire trading day had been lost since the current Arrowhead system was installed in 1999.

It came after the New Zealand Exchange was hit by cyberattacks in August, forcing trading halts over several days, but Japanese officials said there was no indication so far of foul play.

“We don’t have any information to hand that suggests that,” TSE spokesman Hiroyuki Takahashi told AFP.

He said the government had no immediate suggestion that a cyberattack was involved but added he would “decline to say anything definite” at this stage.

Analysts said the glitch was not likely to have a significant immediate impact on the market.

“The last time something like this happened was in 2005. At that time, the impact was not that profound,” said Makoto Sengoku, a market analyst at the Tokai Tokyo Research Institute.

“If you watch the futures, they are up. For now, expectations are that the impact will be limited,” he told AFP.