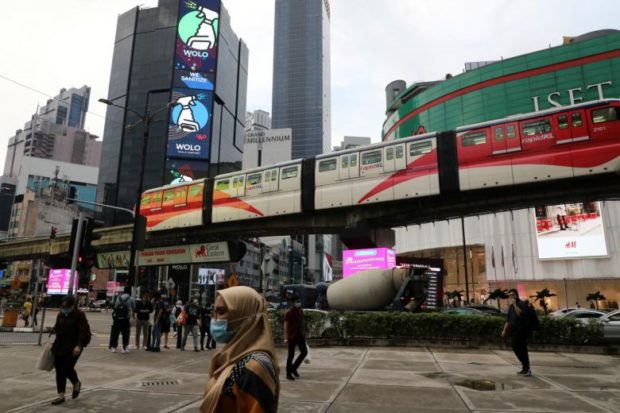 Malaysia’s unemployment rates have hovered between 3.2 and 3.3 per cent since late last year.PHOTO: REUTERS

KUALA LUMPUR — At the height of the Covid-19 pandemic in April, car salesman Muhammad Nasrul Musa lost everything he had – his job, his savings and even his car.

But things started to look up after the country’s movement curbs were lifted in stages from May, when Malaysia cautiously reopened many sectors, providing new jobs for the thousands who were laid off overnight.

The 40-year-old said he is slowly regaining his footing after he managed to get a job as a research consultant at a firm in Glenmarie, Selangor.

“It’s a part-time gig but I’m already so happy because even though there are a lot of companies looking for people now, the truth is it’s not as easy to land one,” the father of two told The Straits Times.

Ms Noor Laily Izzati Hamid, 37, was retrenched from her job as a clerk not long after the government implemented the Movement Control Order (MCO) on March 18, shutting down all sectors except for essential services.

On seeing a spike in demand for online shopping and home deliveries, she decided to try her hand at providing these services to support her family after seeing her neighbor packing more than 50 parcels a day as a personal shopper.

“I was retrenched in late March. It was so sudden but instead of dwelling on it, I decided to start an online business on top of becoming a Foodpanda delivery rider,” she said.

“When I’m not busy delivering food or items, I will look for the best bargains on e-commerce platforms and resell them at a slightly marked-up price,” said the mother of three, who now earns at least RM2,000 (S$660) more than what she previously did.

Mr Muhammad Nasrul and Ms Noor Laily are just two examples of how new opportunities have emerged for job-seekers following the pandemic which has taken lives and livelihoods from around the world while governments battle the deadly virus.

In May, two months after Malaysia implemented the MCO, the unemployment rate went up to 5.3 percent, from 5 percent in April and 3.9 percent in March.

However, it began a gradual downward trend after curbs were gradually relaxed, dropping to 4.9 percent in June, and dipping further to 4.7 percent in July.

Malaysia’s unemployment rates have hovered between 3.2 and 3.3 percent since late last year.

“Covid-19 has definitely highlighted how the gig economy has become an integral part of the new economy. During the movement control when many Malaysians lost their income, the gig economy has created earning opportunities for those who needed them,” a Grab spokesperson told The Straits Times.

More than 10,000 people joined Grab as driver- and delivery-partners during the recovery phase of the MCO.

The demand for delivery services also rose significantly during the partial shutdown.

“Our deliveries grew by more than 30 percent, therefore we had to pivot our services and operations to ensure all our partners’ livelihoods were protected. This included moving over 100,000 drivers to support deliveries to provide them an alternative source of income as our transport business was heavily affected and dropped by 90 percent.”

Based on statistics released this month, the number of employed persons in July was 15.07 million, an increase of 0.6 per cent from June, according to Malaysia’s chief statistician Mohd Uzir Mahidin.

Most economic sectors such as those related to the education and tourism sectors have posted an increase in the number of employed persons since June as sectors slowly reopened.

However, the figures are still not on par with those recorded before the pandemic hit.

The government has introduced several initiatives and stimulus packages since end-March to aid citizens, including providing wage subsidies, reskilling and upskilling programs, hiring and training assistance as well as social protection(including an employment injury scheme and a retirement fund) for the gig economy.

He noted that with the reopening of childcare centers, schools, universities and colleges, related activities such as school bus services, canteens and tuition centers also felt the positive impact. Parents were also able to return to work.

Many have also taken the opportunity to travel domestically, amid the continued closure of Malaysia’s borders until Dec 31.

As such, demand for accommodation, food and beverages, entertainment and recreational services has risen in tandem, encouraging businesses to retain or even increase job opportunities.

“In other words, the resumption of economic activities has resulted in the revival of the labor force situation,” he said.

Malaysia’s economy is showing signs of gradual recovery in the coming months, provided the country continues to contain the Covid-19 outbreak, he said.

The number of cases, however, has risen over the last week. On Sunday (Sept 27), there were 150 new cases and one death, from 82 cases on Saturday.

“As the economic activities reopen continuously coupled with more traveling activity, domestic demand may uplift and subsequently increase job opportunities. In line with this, the labour market is foreseen to revive as employment picks up its pace while unemployment continues to fall,” he added.