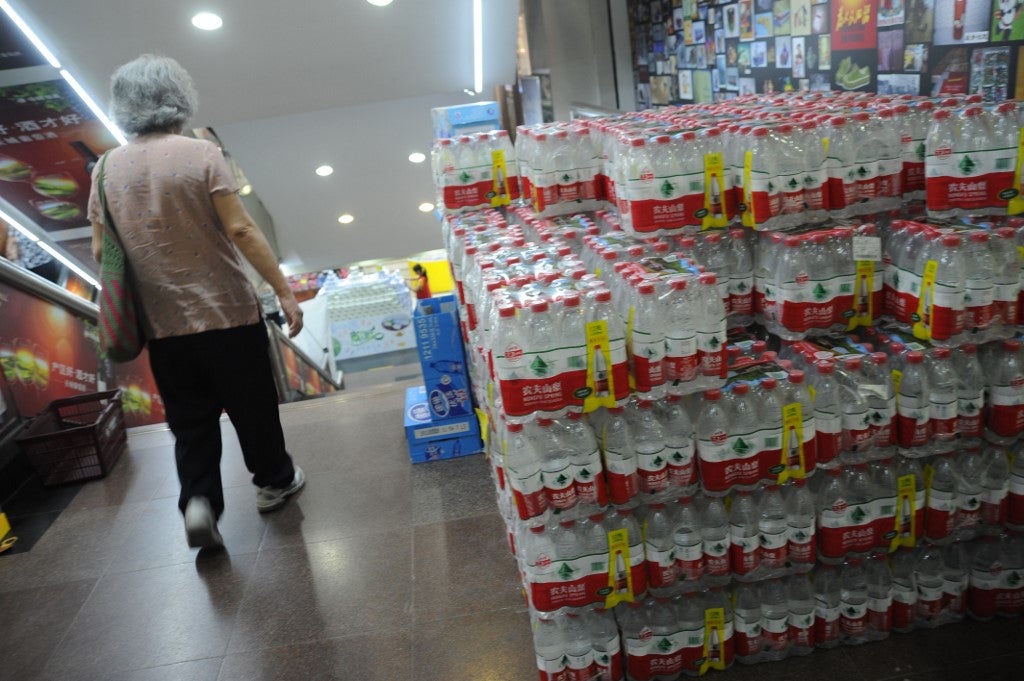 A woman walks past various brands of Chinese bottled water, including NongFu Spring, at a supermarket in Beijing on July 7, 2011.  AFP PHOTO/GOU YIGE (Photo by GOU YIGE / AFP)

Nongfu Spring founder Zhong Shanshan’s net worth has hit $58.7 billion after a massive listing by the bottled water company in Hong Kong earlier this month.

Zhong’s Nongfu Spring, which claims to be number one in China’s massive bottled water market, is ubiquitous across a country where most people shun tap water for health reasons.

The company raised nearly $1.1 billion in its initial public offering.

Zhong is also the chairman of Beijing Wantai Biological Pharmacy Co. Ltd., a vaccine manufacturer that listed on the mainland in April.

It is developing a Covid-19 vaccine nasal spray in conjunction with a prominent university.

Zhong, a 66-year-old former reporter from Zhejiang who state media say was also once a construction worker, is often referred to by Chinese media as a “lone wolf” for his rare public appearances and reluctance to be interviewed.

He founded Nongfu in 1996, just as China’s bottled water market began to take off.