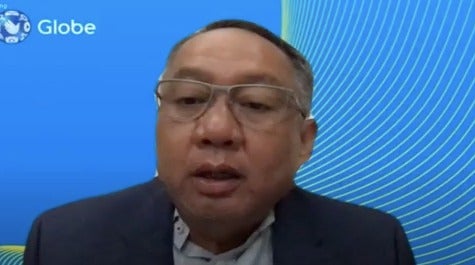 MANILA, Philippines  — Globe Telecom on Wednesday said that it was coming up with another strategy to use other equipment aside from Huawei amid tensions between the Chinese telecommunications equipment company and the U.S.

Castelo, in response to Recto, said that 80 percent of Globe’s equipment is from Huawei, while the remaining 20 percent is from telecommunications companies such as Ericsson and Nokia.

The senator, citing rising tensions between the U.S. and Huawei, then asked Castelo: “Have you discussed among the board whether or not you should be continuously using Huawei or Chinese equipment  and do you have any plans of using more Western equipment?”

Castelo then admitted that Globe was in talks with other companies.

“Because of [these] developments coming in from the U.S. and Europe, we’re coming up with a strategy for another network which is based on not Chinese telco equipment providers,” Castelo answered the Senate leader.

“So we are right now in the process. But we have already in place, but we are expanding it—an alternate network which we call that to provide for this,” he added.

Castelo, however, admitted that Huawei still has the most advanced 5G technology, adding that Globe was in agreement with the Chinese firm when it comes to the “provisioning of their equipment on 5G.”

“At any rate, your honor, it is because at 5G right now, the most advanced is still Huawei, and their counterparts are about, our estimate at about 1.5 years away,” he said.

“But just the same, your honor, we have already assured the U.S. gov’t, and the U.S. Embassy, for that matter, that network security is our concern,” he assured the senator.

It was last year when the U.S. cut Huawei’s access to U.S. components and technology, including Google’s smartphone services.

Such penalties were tightened in May 2020 when the White House barred vendors worldwide from using U.S. technology to produce components for Huawei.

In August, the Trump Administration further tightened restrictions on Huawei by blocking the Chinese firm’s access to chip technology.