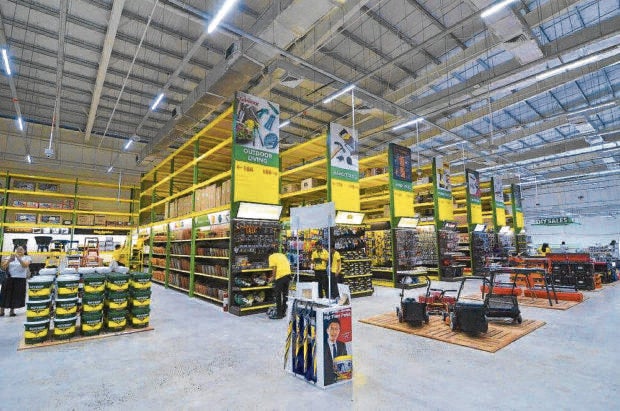 Home improvement and construction materials retailer Wilcon Depot Inc. is seeing a rapid rebound in sales from the lows seen in April – when strict quarantine protocols were first imposed to curb the coronavirus (COVID-19) pandemic – as consumers scramble to spruce up their residences to cope with prolonged work-from-home arrangements.

But the items that customers are buying during this pandemic are not Wilcon’s core offerings of tile, flooring or plumbing materials as private construction ground to a halt due to lockdown protocols. Instead, Wilcon has seen consumers flock to its stores to buy “soft” goods like light bulbs, appliances, consumer electronics or even kitchen items like charcoal-based cooking equipment.

“When we reopened in May, that’s going towards V-shaped (sales growth trajectory) already,” Wilcon chief operating officer Rosemarie Ong said in a press briefing after the company’s stockholders meeting on Monday afternoon.

Wilcon is hopeful that September will yield better results better than August, during which the metropolis was subjected to tighter lockdown protocols for two weeks.

“So if you sum it up, because the operations are full unlike during the month of April wherein we’re closed for a whole month, I guess we can see some good numbers for the third quarter,” Ong said.

Second semester results should thus be “near or even higher” than what was seen during the first semester, said Wilcon investor relations chief Mary Jean Alger.

In the first six months, Wilcon’s net income fell by 64.6 percent year-on-year to P352 million. In the second quarter, net profit dropped by 95 percent to P24 million due to the shutdown of most stores in line with quarantine protocols. The hardest blow came in April, during which a net loss of P248 million was incurred as most stores were padlocked during this time.

However, Wilcon reported a steady improvement in May and June, as business gradually reopened, allowing the company to eke out P18 million and P253 million in net profit during these months, respectively.

The surge in sales of “soft” goods during this pandemic has been driven by work-from-home requirements arising from this pandemic.

“People had been locked up in their homes so (for) all four corners of their houses and rooms, every crack, every busted light bulb, when we opened in May, they were really coming to Wilcon and replacing the bulbs,” said Wilcon president Lorraine Belo-Cincochan.

“Because we use the aircon, electric fan and everything more often, (they have to fix) wear and tear. And uling (charcoal) is now (more widely used) in the home because there’s no restaurant, so your (home) is now your restaurant and your school. So people were buying extra furniture, extra appliance items…because everybody is doing everything there.

But while Wilcon had boosted its inventory of some of these non-core products, Belo-Cincochan said the company was still pushing for core products like tile, flooring and plumbing. Once private construction activities are reopened, Wilcon anticipates demand for these items to soar.

Meanwhile, lockdown protocols this year have slightly delayed Wilcon’s expansion program, with the opening of two stores being pushed back to 2021. Instead of ending this year with 65 stores, Wilcon is set to end the year with 63 stores.