Singapore Airlines kicks off retrenchment exercise; affected staff to be paid until Dec. 15 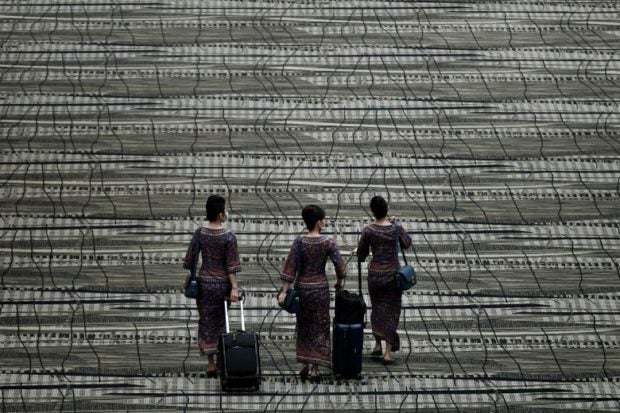 Retrenched Singapore Airlines staff have been told that they will continue to receive their salaries until Dec 15, 2020. The Straits Times/Asia News Network

SINGAPORE — Retrenched Singapore Airlines (SIA) staff who started receiving their pink slips from Monday (Sept 14) have been told that they will continue to receive their salary until Dec 15 this year, The Straits Times has learned.

They will also retain their medical and other benefits until then.

On top of this, each affected employee will be paid in lieu of the notice period in their employment contract. This can be up to three months’ salary.

Those who have been in service for two years or more will receive one month of pay for every year of service, capped at 25 months.

The retrenchment exercise – which affects about 2,400 staff – is being conducted at the SIA Training Center, near Changi Airport, for Singapore-based staff.

Staff are informed in advance and given allocated dates for briefings.

ST understands that on the first day, affected staff were driven to the venue in pre-booked taxis and driven back afterwards.

Upon arrival, they were ushered into a waiting room and given snacks and water.

For cabin crew, about 30 were ushered into the auditorium at a time, where Mr Tan Pee Teck, SIA’s head of cabin crew, addressed them.

They were then divided into two groups and proceeded for individual sessions, where they were given and briefed on their retrenchment contracts.

At the end of the briefing, they had to return their staff passes.

SIA had announced last Thursday (Sept 10) that it would slash about 20 per cent of its headcount – about 4,300 positions – amid the Covid-19 pandemic that has paralyzed the air travel sector.

About 2,400 staff in Singapore and overseas will be retrenched, while the remaining 1,900 roles will be accounted for through natural attrition, a recruitment freeze and voluntary-departure schemes.

A SIA spokesman told ST on Monday (Sept 14) that the airline has begun “the difficult and painful process of releasing some of our staff members from their service”.

He said: “We have worked closely with our unions to finalize the arrangements as soon as possible for those who are affected, and we will aim to minimize the stress and anxiety for our people. The terms of the release are in accordance with our collective agreements with our unions. SIA has also provided additional assistance, where possible and necessary.”

“The terms of the release package were explained individually to each affected staff. SIA also arranged for on-site counsellors and medical staff, and provided transport to and from their homes.”

The spokesman added that during the exercise, SIA deployed resources from across the company to support the affected staff.

Union leaders were also present to provide support to the affected staff.

Employees who are currently overseas are being informed personally via telephone calls or teleconferencing by company representatives, said the spokesman.

A portal listing available job vacancies in external companies has been created, with unions also providing support where possible.