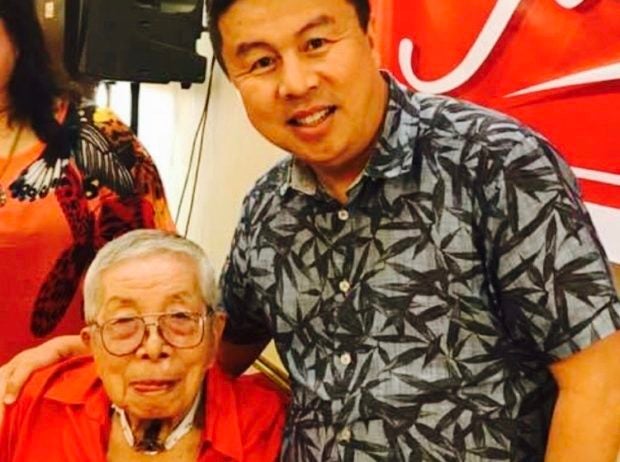 Known affectionately as Tatang Johnny, Uy was the founder of Johnny’s Supermarket, which was already a thriving business when Angeles became a charted city in the early 1960s.

“When you talk of Angeles, the first person they will equate this to is Tatang Johnny,” Dennis Uy told the Inquirer.

“He is the epitome, nay, the sum total of an Angeleño. He is known as a philanthropist in Angeles and the whole province of Pampanga,” he said.

An active member of the community, Uy was also a JCI Senator, board member of the National Red Cross and Rotary Club President. A 2018 article published in Sunstar Pampanga said Uy was responsible for bringing the Rotary movement to Angles City.

In 2014, Uy was granted the prestigious Pamana Award by the local government for his decades of business and civic participation, including the guidance he gave to budding entrepreneurs. Uy was among the first 50 honorees of the Pamana Award.

“My Uncle Johnny taught me the very basics and rudiments of life and business,” Dennis Uy said.

He recalled his start in Angeles working as a handyman in his uncle’s cold storage business after fleeing Fujian, China at the age of 11.

He said his uncle, his father’s eldest brother, supported him through school and remained an important figure as he pursued his own businesses.

“I will terribly miss him because I am not what I am today without my Uncle Johnny,” he said.

Uy is survived by his spouse and their 11 children.