Mall owners close to buying JC Penney out of bankruptcy 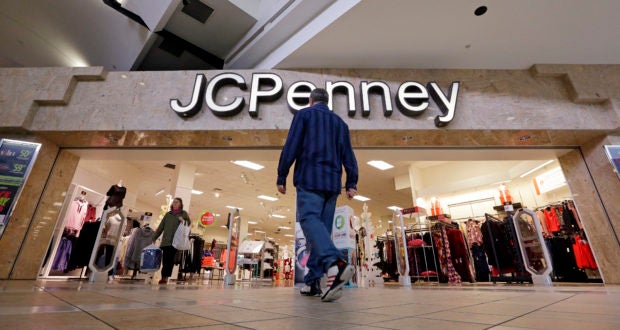 FILE – In this Nov. 24, 2017, file photo, a shopper heads into a J.C. Penney store in Seattle. Mall owners Simon Property Group and Brookfield Property Partners are close to a deal to buy department store chain J.C. Penney out of bankruptcy and keep the chain running, an attorney for Penney’s announced Wednesday, Sept. 9, 2020. (AP Photo/Elaine Thompson, File)

Penney’s lawyer Josh Sussberg announced the tentative pact, which will save roughly 70,000 jobs and avoid liquidation, during a brief hearing in bankruptcy court Wednesday.

Sussberg said that the Penney would have an enterprise value of $1.75 billion, including $300 million in cash from the two landlords and $500 million in new debt.

He noted that a letter of intent including more details of the pact will be filed with the bankruptcy court in the next day. Penney will be left with $1 billion in cash after the deal is completed, he said.

“We are all committed to moving this quickly and saving J.C. Penney,” Sussberg said during the court hearing.

The 118-year-old department store based in Plano, Texas, filed for Chapter 11 bankruptcy protection in mid-May, one of the biggest retailers to do so since the pandemic temporarily shut down non-essential stores around the country.

As part of its bankruptcy reorganization, Penney said it planned to permanently close nearly a third of its 846 stores in the next two years. That would leave it with just over 600 locations.

More than 40 retailers have filed for Chapter 11 bankruptcy this year, including more than two dozen retailers since the coronavirus outbreak. Among the hardest hit have been department stores, which were already struggling to respond to shoppers’ shift to online shopping.

The tentative agreement between two big landlords and Penney is the latest example of mall owners’ increasing willingness to buy out their pandemic-hit tenants. Mall owners are facing big challenges as stores close or are unable to pay rent.

The exit or closing of retailers also triggers a clause that would allow other tenants to break their leases or get a rent reduction without facing penalties.

Neither Simon nor Brookfield responded to requests for comment regarding the tentative deal with Penney.