And then there was Light | Inquirer Business
Close
menu
search

And then there was Light

That smile, that warmth, started it all.

Ron Jacobe was walking in leisurely fashion along the corridors of SM Megamall to visit a property showroom and see if the brochures were true to their promise.

Then based in Cagayan de Oro City where he has several property investments, he was looking for a home away from home for days when he would be in Metro Manila for training consultancies and workshops.

Earlier he had just visited a showroom of a condominium development that had a mall built within. It was too expensive. He decided he’d go for a condominium that was close to where the action was. He wanted his first home-away-from-home to be akin to Singapore: where one could easily hop on and off a train station, to be right where the action was, where everything was within striking distance.

He walked over to the property showroom. He wasn’t happy. This wasn’t going to be the day he would make the decision on that first condo investment.

But then he saw that other showroom, with those bright lights and with sales agents projecting even brighter smiles. He just had to make that one last stop before calling it a day.

That turned out to be the last stop indeed because he decided he had found his home.

The property was SM Development Corporation’s Light Residences in Mandaluyong City, located smack in the center of the bustling EDSA-Ortigas district, with a mall within the property. Not just any mall, but the biggest SMDC mall to date., with its own cinemas. And it had direct access to the MRT station. 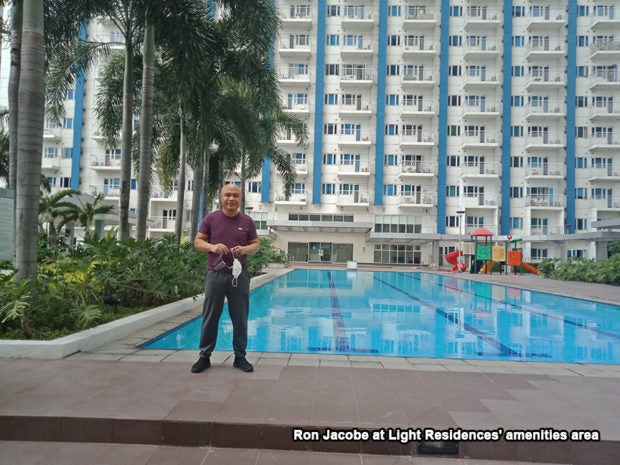 “I got the train, I got the mall and I got the amenities area with vast space – I had my own park in the middle of the bustling metro,” he excitedly recounts.

It has been five years since he moved into his home-away-from-home. And it has been a very rewarding experience for him. A learning and development (L&D) consultant, he is, at Light Residences, right in the center of the metro’s CBDs where his clients hold offices. As he had envisioned, he can easily hop on and off the train station for his various meetings and workshops.

And when he gets home, he gets to have lush greenery and well-appointed amenities without having to go out of the metro. It’s like having his own secret garden in the midst of the urban chaos.

As an L&D professional who conducts training workshops on customer service, sales training, personality development and communication, among others, Ron is ever-eager to lend his expertise to help improve people’s skills and services. In fact, during his earlier years at Light, when he had more time to spare, the service staff would occasionally get crash courses on how to be effective frontliners and other customer service techniques. He would often do this during the morning formation drills of the security personnel.

He has been actively involved in the community, volunteering his time and ideas on how to do things more effectively, how to engage residents through open communication. His active involvement got him an invitation to become a member of the condominium’s Board of Trustees. 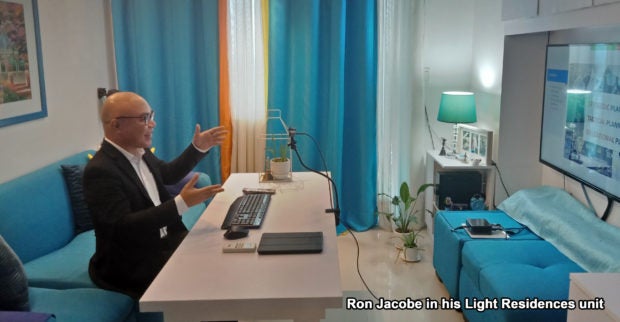 His L&D expertise has been put to the test during the pandemic. With social distancing as the new norm, he has had to be creative in conducting workshops that would engage participants virtually. His professional mettle was tested during the first workshop, where clients had to use their own meeting platforms, which prevented him from seeing them. “Imagine talking to a blank wall and not being able to know your audience’s reaction,” he says. The workshop session report gave him very good feedback. He now regularly conducts his training sessions in the comfort of his unit. Having a mall right below makes things a lot easier; he can have back-to-back sessions without the needless extra hours spent on long trips to the grocery for his essentials. He is able to do more now that he is locked in at home. “The mall had been a real life-saver during this pandemic. We knew that we could easily get our supplies without the complication of a quarantine pass,” he says.

He juggles time between client calls and training sessions while fulfilling his role as a member of the Board. Residents of Light have an active online community; they exchange ideas, concerns, and help each other out. Ron attributes the strength of the community to open and honest communication. “It is important that there is constant communication, that residents are regularly updated,” he says.

Ron knew from that first encounter with the SMDC showroom sales agents that Light Residences would be perfect for his needs. This would be proven even stronger with the onset of the pandemic. “Ayan, tama na sa Light ako bumili,” he echoes his fellow-residents’ sentiments. The accessibility of Savemore, Watsons, BDO, Ace Hardware and restaurants at Light Mall makes it convenient for residents to buy all their necessities without having to leave their homes and exposing themselves to the deadly virus. And by constantly exchanging notes with each other online, they know when there is no queue at the stores or when supplies have just been replenished. 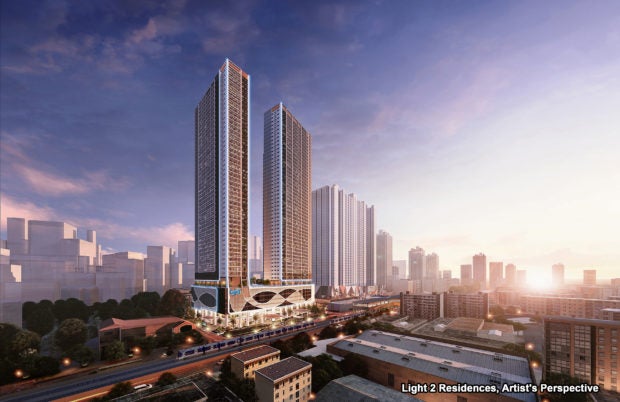 Ron is looking forward to Light 2 Residences, which boasts of bigger and better amenities, a four-storey mall that will showcase fashion and beauty to complement the food retail shops at Light Mall and vast open spaces embraced with pocket gardens and lush greenery.

Now that would give him even more reasons to light up and smile!