BioCities and regenerative development: A paradigm for the future

The upended socio-economic system caused by the COVID-19 pandemic has given us a glimpse—or at a minimum, a desire—of how the future should be.

Building a better normal has been the mantra of everyone who is trying to survive the widespread disruption. Many see the crisis as an opportunity to build. But how do we really build a more resilient future? After having been accustomed to growth and equating growth with success, can we emerge from this crisis and create a society whose economy makes us thrive, whether or not it grows?

A particularly compelling vision that has been around for quite some time is the concept of biomimetic design—using nature as a teacher to inform us how to create an adaptive and resilient built environment. 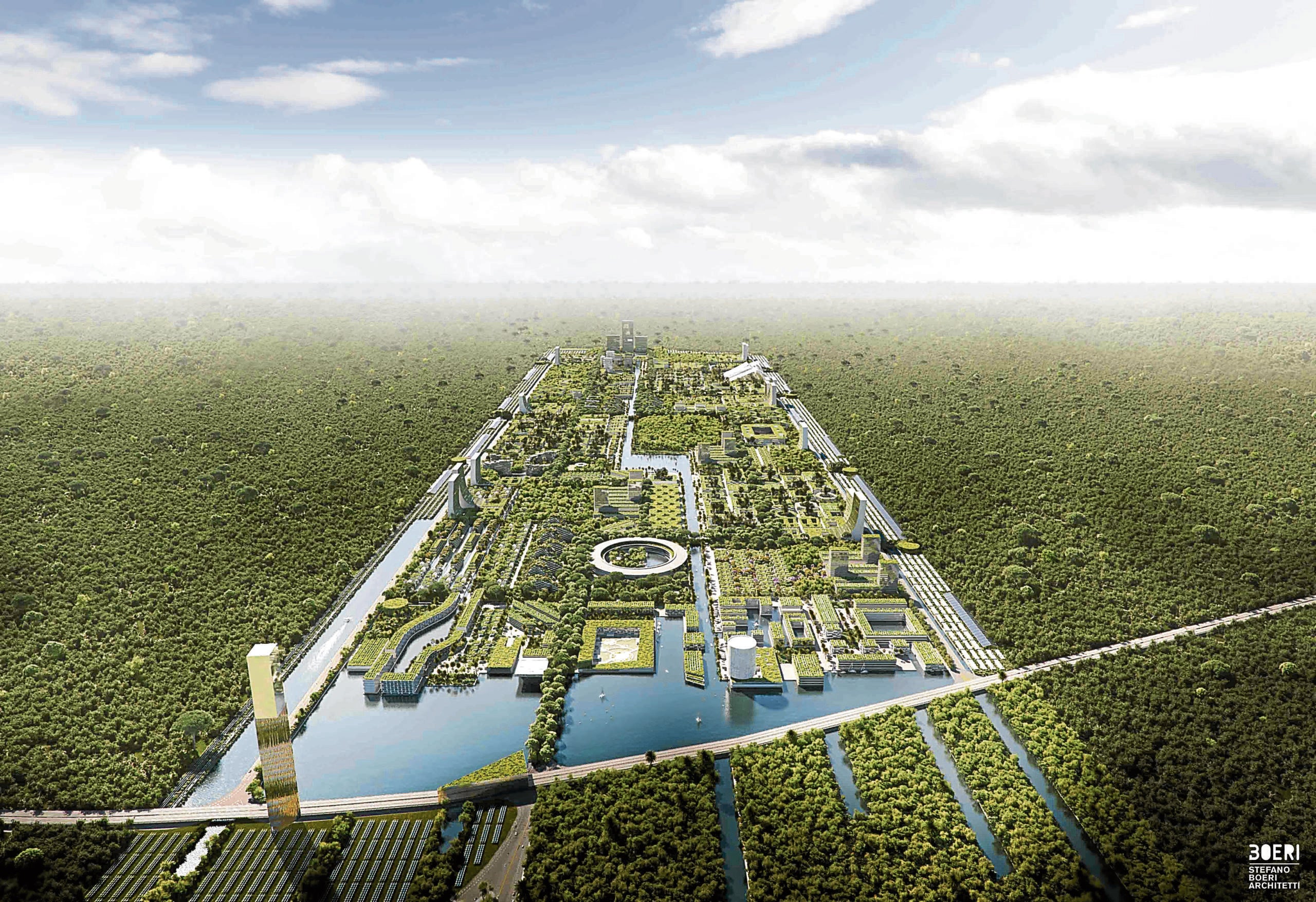 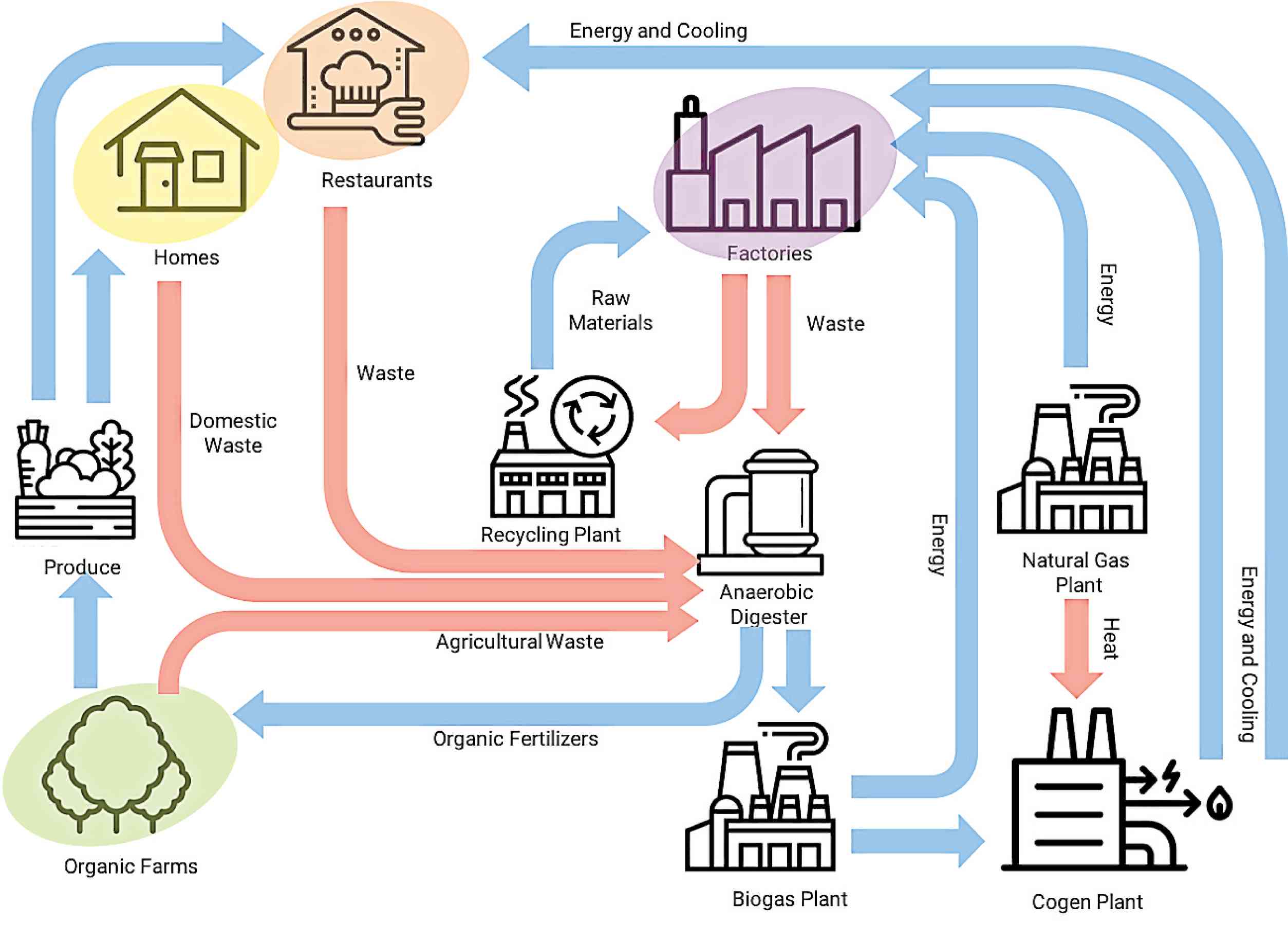 Cities like Forests: A concept diagram for a mixed-use township using circular flow of resources and waste. -CONCEPT BY JLPD

The predominant economic systems of cities and societies have an imbalance in the processing of inputs (energy/resources) and outputs (waste), whose relationship tends to be linear and uni-directional. This is in contrast with natural systems, which are cyclical or circular. Nature imposes limits on growth based on the capacity and feedback loops of its regenerative systems. Regeneration happens through the circularity of energy and nutrient flows. Waste is the resource of other elements in the ecosystem.

The imbalance of the current linear system has a geographic dimension. Due to globalization, urbanization and the pace of development, nutrients, energy and resources are consumed far from their origin, at rates beyond what can be replenished naturally.

Waste is also “managed” by disposing them in areas far from their source, at volumes that cannot be assimilated by natural means, thus affecting areas beyond the origin of the waste for decades. The geographic distance reduces the necessary feedback loops characteristic in natural systems that allow adaptation, adjustment and resilience. 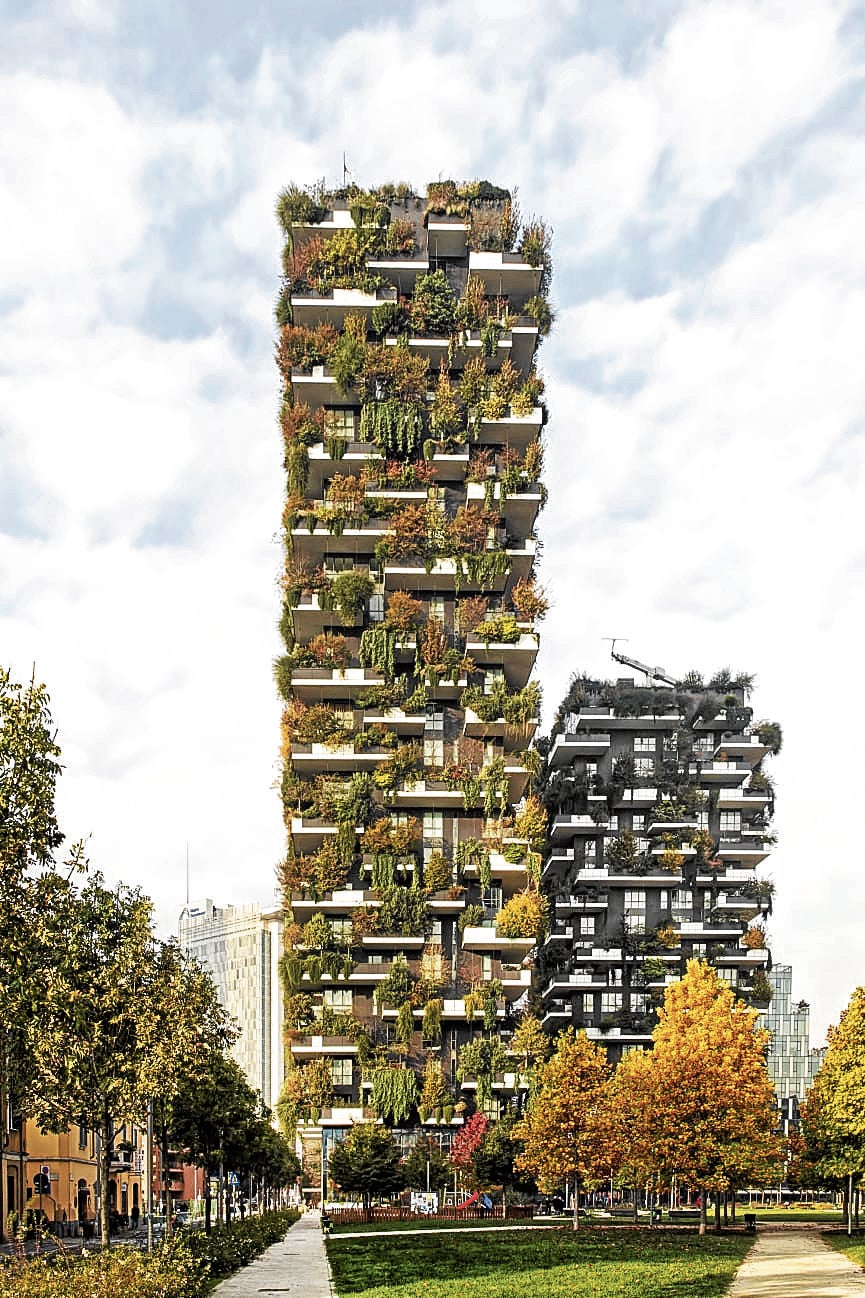 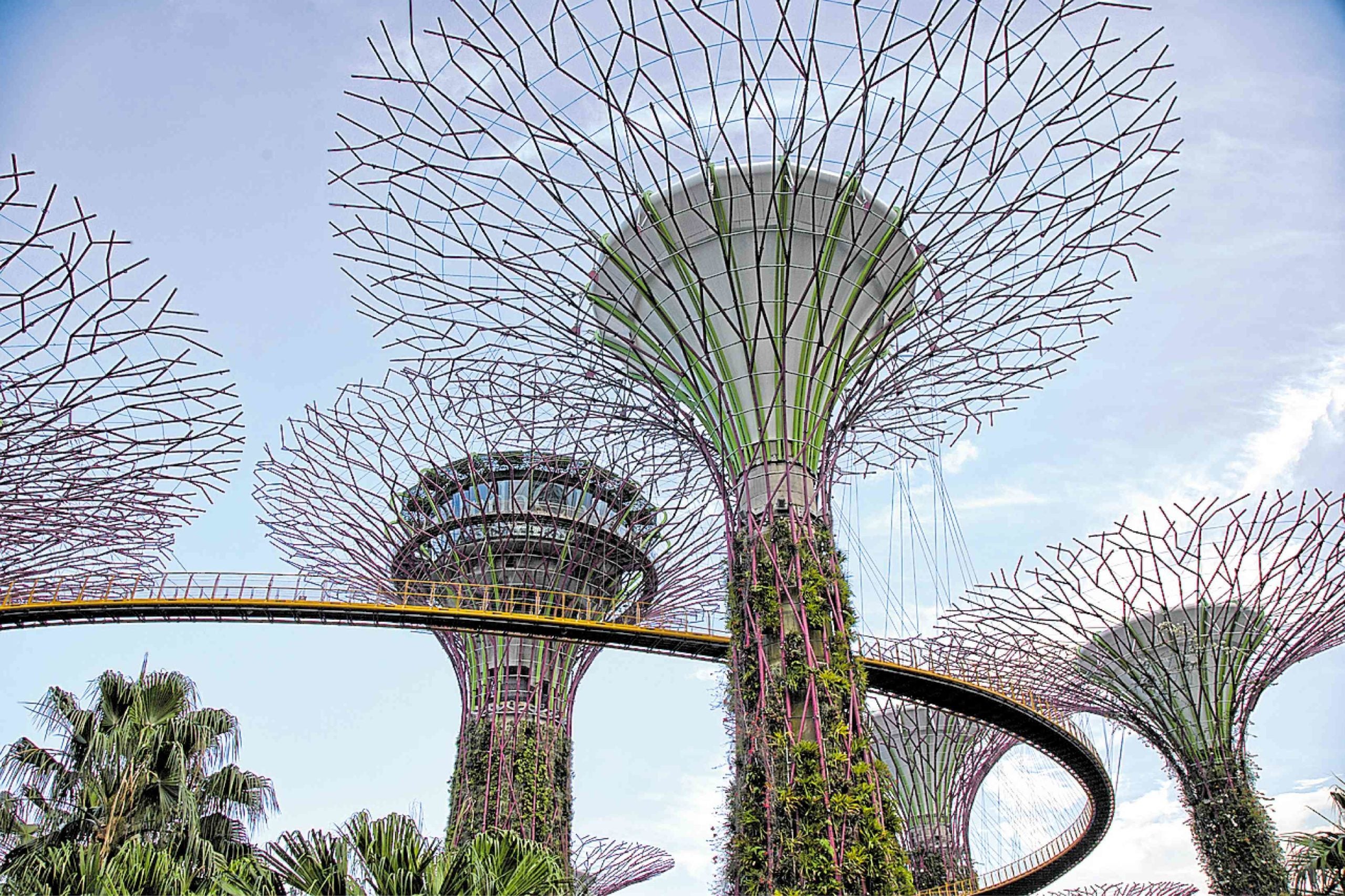 Development can benefit by copying life’s system self-organization and evolution from the bottom up—starting at small scales and expanding in complexity within a framework of self-sameness, regulated by feedback loops of information. Natural systems use locally available resources and produce resources for others in the ecosystem that would be used in a continuous circular loop. The objective of natural ecosystems is not to grow, but to thrive as a whole.

Mimicking nature in the built environment is not a new idea. A classic example of biomimicry is the invention of Velcro in the 1940s by George de Mestral, who was inspired by the xanthium plant whose burs kept sticking to his pants when he walked through the woods.

Today, biomimetic design has emerged from biomorphism (emulating nature’s form) to become a tool to solve sustainability problems. From simply being bio-inspired, designers have evolved the discipline towards building more purpose-built structures that require less material and are net producers of energy and nutrients by taking inspiration from the ecosystem in which they are imbedded—effectively inspiring a generation of buildings that function like trees, and cities that function like forests.

Pioneers of nature-inspired design thinking are polymaths such as Janine Benyus (Biomimicry), and Michael Braungart and Michael McDonough (Cradle to Cradle) whose seminal ideas have spawned a generation of product designers, planners, architects such as Stefano Boeri, Chris Precht, HOK, Mick Pearce and many others who have imagined innovative buildings and entire cities that emulate nature’s circular processes.

Janine Benyus’ vision captures the goal of biocities succinctly: “Rooftops that grow food, gather the sun’s energy, and welcome wildlife. Pavements that absorb storm water then slowly release it into the acquifers. Buildings that sequester carbon dioxide, cleanse the air, treat their own wastewater, and turn sewage back into rich soil nutrients. All connected in an infrastructural web that is woven through with wildlife corridors and urban agriculture.”

These ideas look beyond sustainability and see the built environment as optimal, enriching, life-giving, and as generous as the natural environment that allows all to thrive. 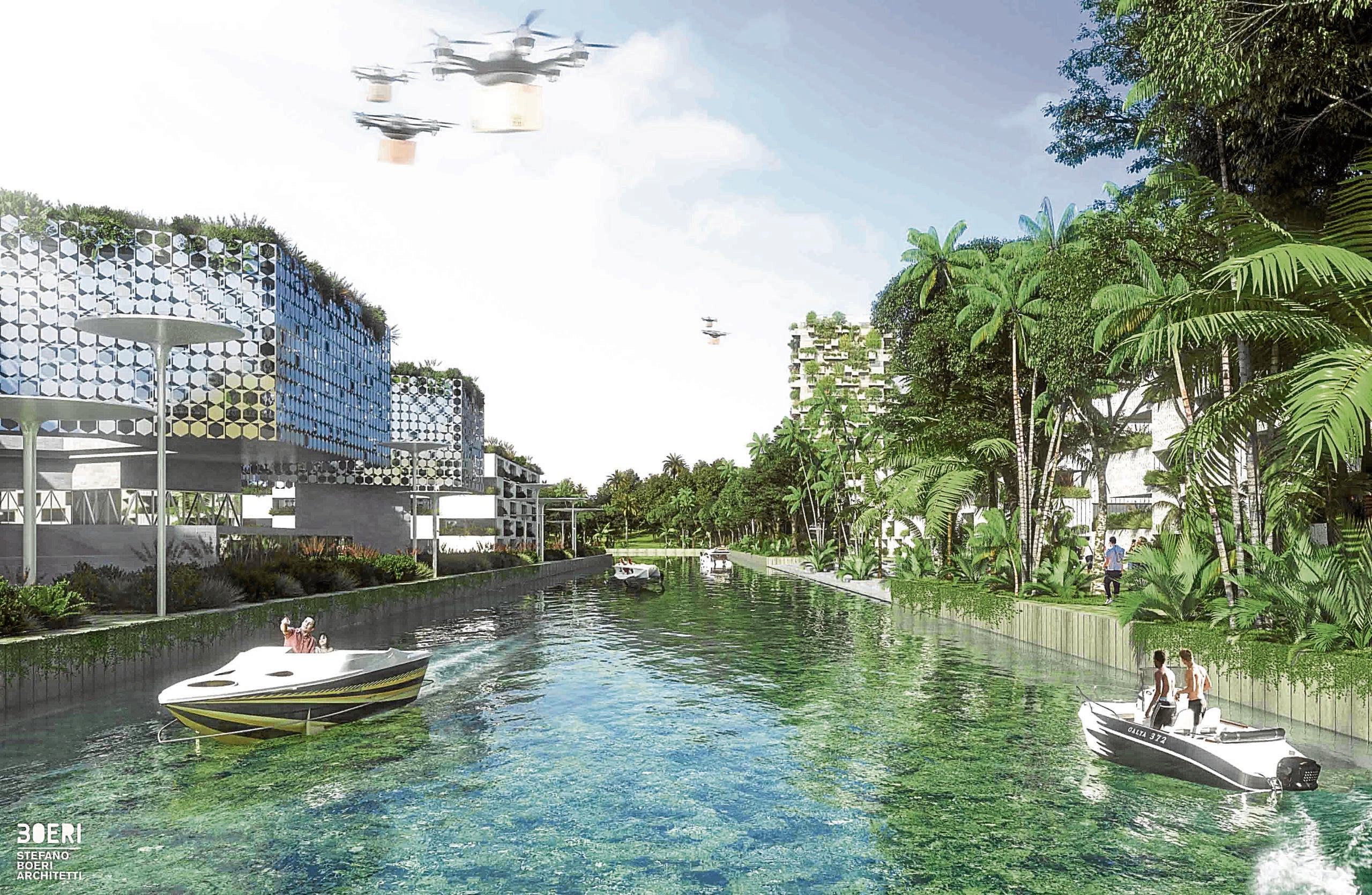 The Smart Forest City Cancun is a 557-ha sustainable city that intends to generate more energy than it consumes, clean the water, and sequester carbon dioxide with its 7.5 million plants. ILLUSTRATION FROM STEFANO BOERI ARCHITETTI 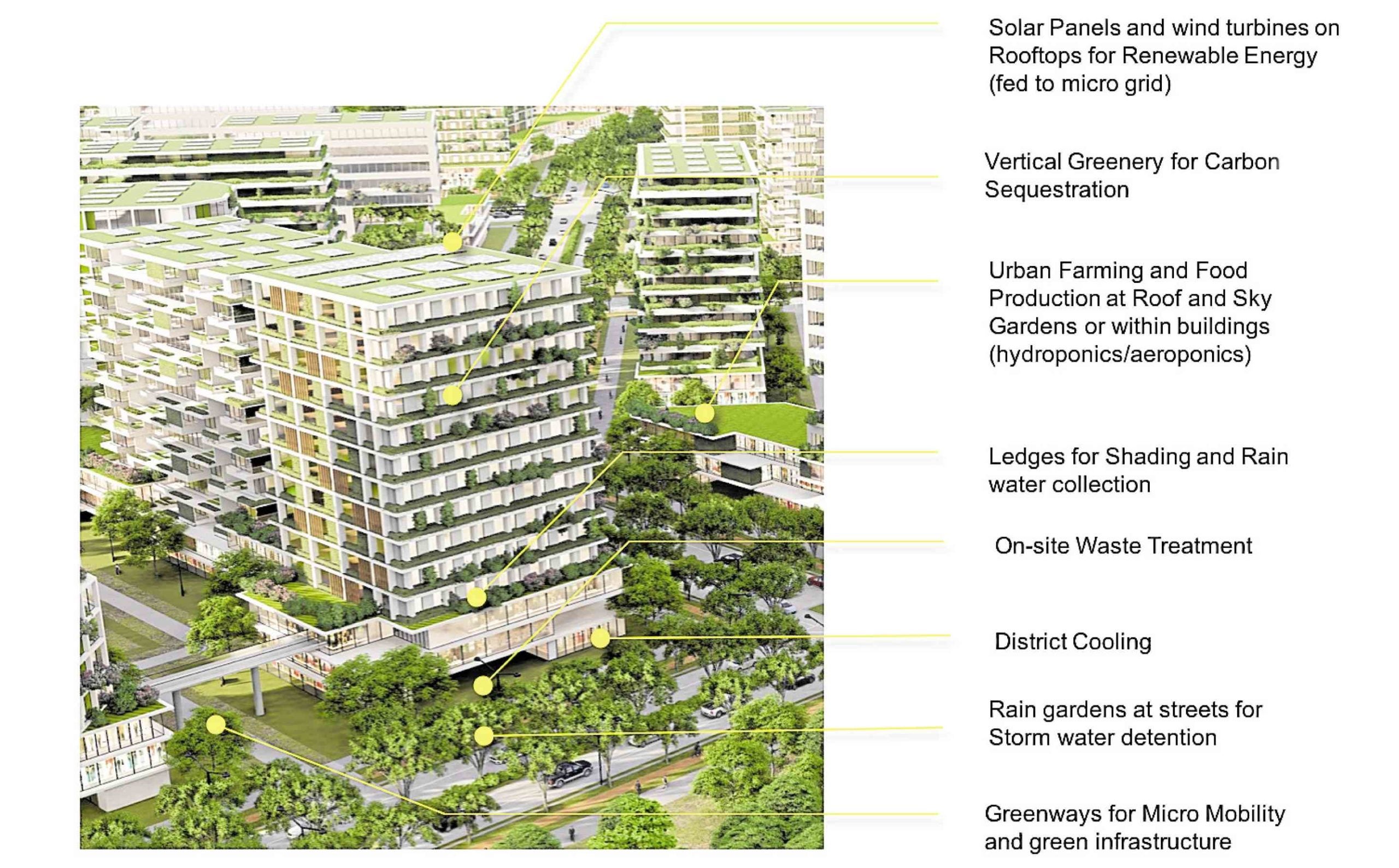 The author is the principal of Joel Luna Planning and Design, a leading masterplanning and consultancy practice focusing on mixed use and township developments.

Who is Ducielle Suarez Cardema of Duterte Youth?

No exodus of POGOs: Palace says only over 20 left PH