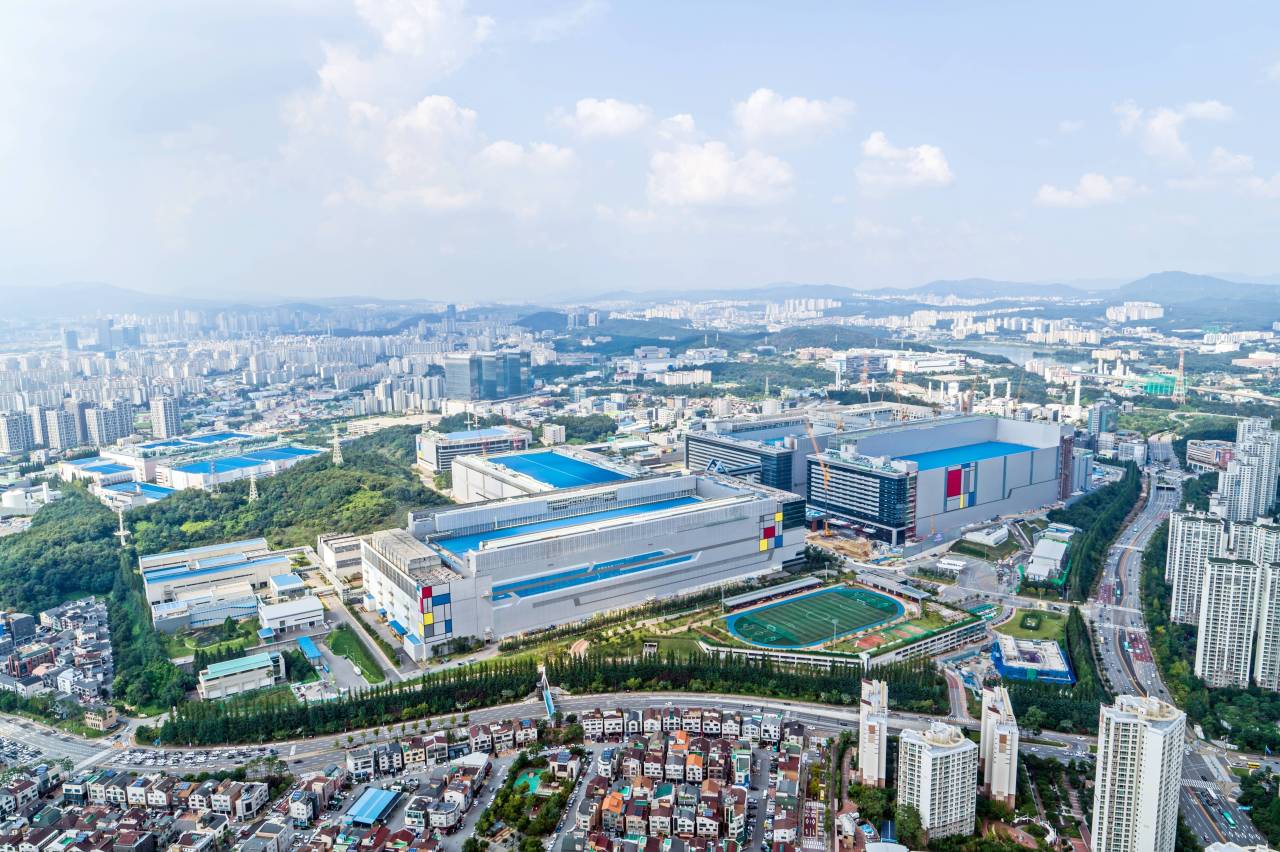 SEOUL — South Korea’s tech industry is again on high alert as the resurgence of the novel coronavirus across the country has hit companies’ major research and manufacturing facilities, according to industry sources on Sunday.

Samsung Electronics, the world’s biggest semiconductor supplier, reported on Saturday that two employees who work for the 16 and 17 chip fabrication lines in Hwaseong, Gyeonggi Province, were confirmed to be COVID-19 patients.

The two lines are Samsung’s major manufacturing facilities for DRAM, NAND Flash and some of logic chips.

“The two employees wore masks and strictly followed prevention guidelines during their working hours,” a notification released by Samsung said.

The company carried out disinfection work for the relevant facilities within the semiconductor division campus, including the cafeterias, it said.

However, Samsung had the chip lines operate as normal over the weekend.

“Under the guidelines by the Ministry of Trade, Industry and Energy and health authorities, the semiconductor and display factories are allowed to operate as usual, because risks of virus spread are considered low in the cleanrooms,” a Samsung official explained.

“Samsung’s semiconductor factories and cleanrooms are equipped with highest-level ventilation and dust filtering systems, and all employees are in smocks with goggles,” he said.

It was not the first infection case at Samsung’s semiconductor manufacturing sites. In March, an employee at the chipmaker’s foundry plant tested positive for the virus.

Also on Saturday, one electrical worker dispatched to Samsung Display’s new quantum dot display plant in Asan, South Chungcheong Province, was found to have contracted the virus. The infection case didn‘t affect the display manufacturing line, but some of the factory was closed early.

Not only manufacturing sites, but also research and development facilities of Samsung and other tech companies have been affected by the recent spread of COVID-19.

On Friday, a researcher at Samsung’s R&D center for LED technology in Giheung, Gyeonggi Province, was confirmed to be a COVID-19 patient.

LG Electronics had two infection cases at its R&D campuses in Gasan and Seocho in Seoul on Thursday and Friday, respectively.

Those buildings were shut down over the weekend.

As the resurgence of the virus has started to influence its workers, Samsung last week stepped up the company’s preventive guidelines for all employees.

The employees must wear masks even at their seats, while all kind of personnel training and conferences have been canceled until the end of August.

“We are taking the strongest measures that we can take now to keep the lines running as usual as we are put on full alert for the virus resurgence,” the Samsung official said.