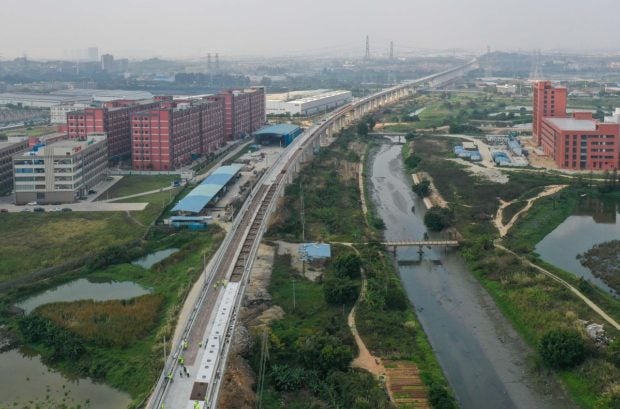 BEIJING — China has rolled out plans to invest 474 billion yuan ($68.4 billion) in the construction of new transportation infrastructure projects in the Guangdong-Hong Kong-Macao Greater Bay Area, according to the country’s top economic planner.

The Bay Area will launch 13 intercity railway projects with a total length of about 775 kilometers as well as five integrated transportation hub projects, Meng Wei, spokeswoman for the National Development and Reform Commission, said at a news conference on Monday.

The area, covering 56,000 square kilometers, consists of the Hong Kong and Macao special administrative regions, as well as nine cities in Guangdong province. It had a combined population of over 72.6 million at the end of 2019, and is one of the most open and dynamic regions in China.

The latest railway construction plan, coupled with the existing high-speed railways, regular-speed railways and suburban railways, will help form a multi-tier railway network in the Bay Area, she said.

Expanding the railway will shorten commutes between major cities in the area to one hour. It will also reduce travel time from major cities to any prefecture-level city in Guangdong to two hours and to neighboring provincial capitals to three hours, she added.

The projects will improve the quality of the intercity traffic and support the integration of Hong Kong and Macao into the development of the country, as well as enhance connectivity between the Chinese mainland and Hong Kong and Macao, she said.

Meng also noted that the commission will work closely with the provincial government of Guangdong, the China State Railway Group and relevant departments to guarantee implementation and especially the funding of the projects.

Local governments should make full use of special local government bond issuances and step up financial investment in the projects, she said, adding that financial institutions should increase financing support for eligible projects as well.

The Communist Party of China Central Committee and the State Council unveiled a development outline for the Guangdong-Hong Kong-Macao Greater Bay Area in February last year, aiming to develop the region into “a role model of high-quality development”.

In a bid to facilitate the plan, the country has been accelerating the pace for building a transportation network with greatly enhanced connectivity and convenience in the area over recent years.

Last month, the Civil Aviation Administration of China issued a plan to complete the construction of a world-class cluster of airports in the Bay Area by 2025 with the civil aviation sector continuing to play a leading role worldwide in terms of scale, competitiveness and innovation capability.