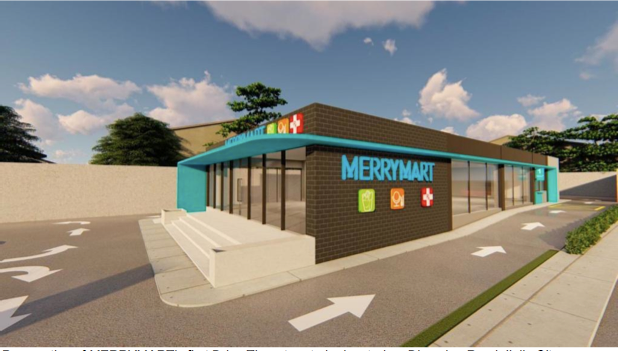 Perspective of MerryMart’s first drive thru store, which is set to open along Diversion Road, Iloilo City on January 2021.

He is now looking to recast innovations in that industry within his budding grocery store empire as the COVID-19 pandemic dramatically changes consumer preferences.

On Friday, Sia’s MerryMart Consumer Corp. announced plans to open its first drive thru store in his home city of Iloilo on January 2021.

Sia said this is a new concept for them and they plan to deploy drive thru options in “various major thoroughfares.”

“The MerryMary team continues to decipher and recalibrate its expansion plans as we move forward towards the ‘new normal’ that consumers are adjusting to,” Sia said in a stock exchange filing on Friday.

The company, which raised P1.6 billion in an initial public offering last June, remains flexible given the growing nature of its business.

In its filing, MerryMart said it has nine operational branches and is set to open another 17 outlets to end 2020 with 25 stores. It has three formats: MerryMart Grocery, MerryMart Market and MerryMart Store.

By 2030, the company is targeting 1,200 outlets across the Philippines with total sales of P120 billion.