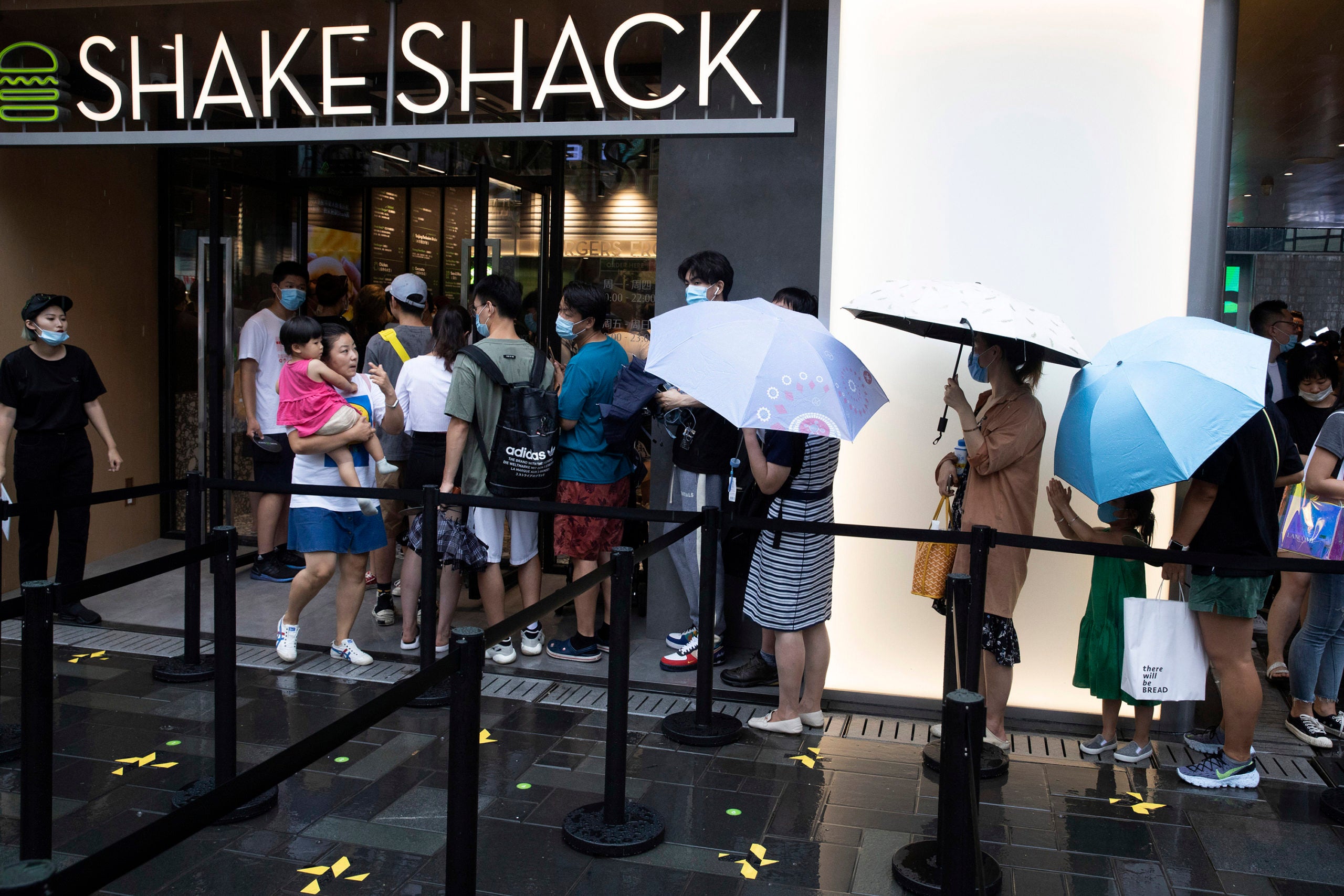 Visitors line up in the rain for the opening of the first Beijing outlet for Shake Shack in Beijing on Wednesday, Aug. 12, 2020. The U.S. headquartered burger chain is opening its first Beijing restaurant at a time when China and the U.S. are at loggerheads over a long list of issues. (AP Photo/Ng Han Guan)

BEIJING — Antagonisms between China and the United States didn’t stop Beijing’s burger lovers from standing in line for hours for a bite of Shake Shack’s snacks.

The New York burger brand opened its first restaurant in the Chinese capital on Wednesday in Beijing’s TaiKoo Li, a shopping area popular among young people.

Nearly 200 customers wound around the Beijing restaurant ahead of its 10:30 a.m. opening.

Yang Fan, 18, said she got there at around 6 a.m. and was first in line keen to enjoy an experience she first had while visiting the U.S. a few years ago.

“So when I heard about Shake Shack to open a restaurant in Beijing I was very excited. I came very early to queue up,” she said. 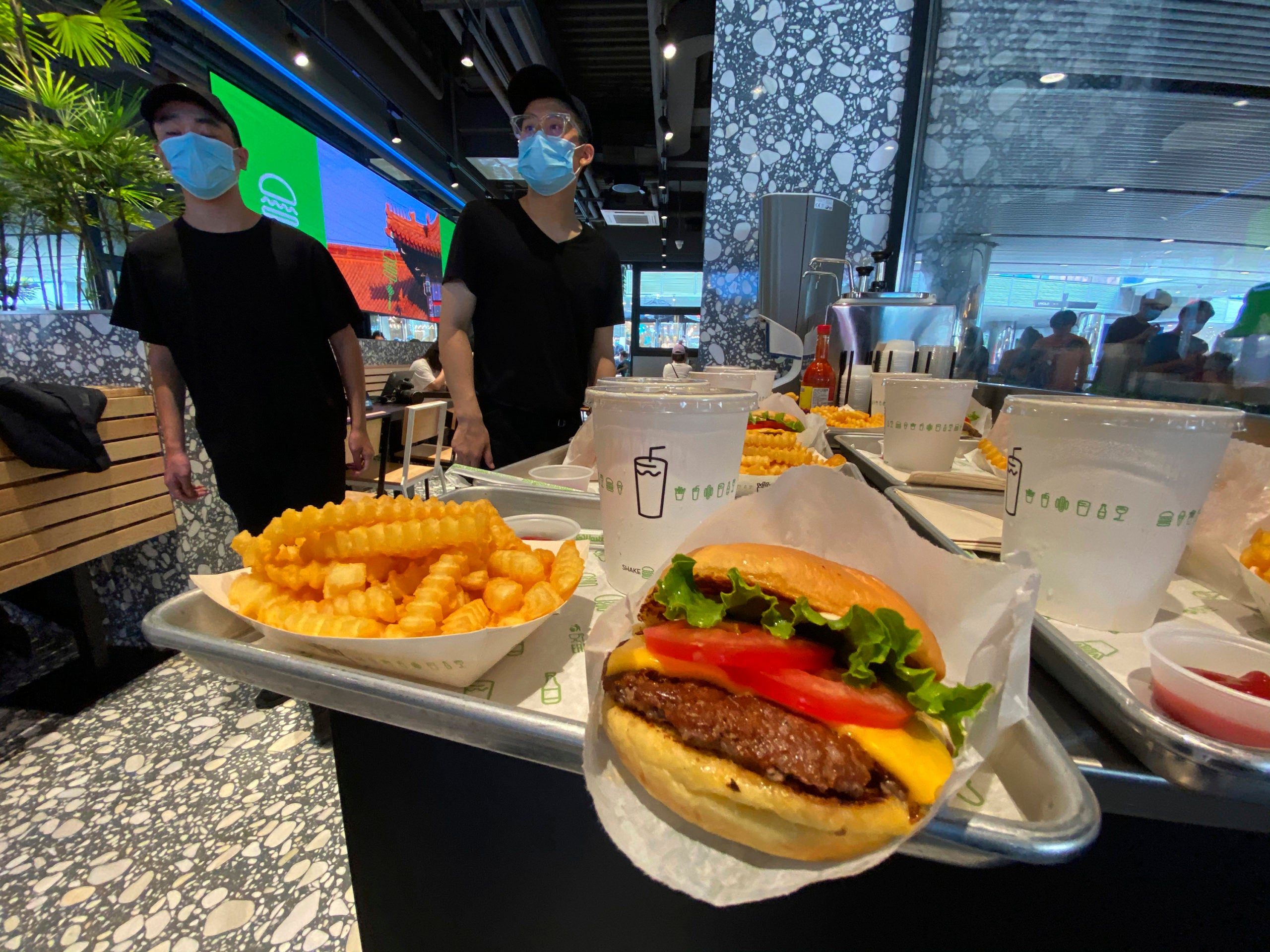 Workers prepare to serve burgers at the first Beijing outlet for Shake Shack in Beijing on Wednesday, Aug. 12, 2020. The U.S. headquartered burger chain is opening its first Beijing restaurant at a time when China and the U.S. are at loggerheads over a long list of issues. (AP Photo/Ng Han Guan)

Shake Shack broke ground in the capital city at a time when relations between China and the U.S. are at their worst in decades, amid disagreements over trade, Hong Kong, human rights, and Beijing’s claims to territory in the South China Sea.

For Yang and others, all that took a backseat to American-style cheeseburgers, hot dogs, fries, and ice-cold beverages.

“Although we are Chinese, we should not discriminate against U.S. brands, because it (government-level tensions) have nothing to do with its people,” she said.

He Xiaolin, a financial worker waiting for his first try of a Shake Shack burger, agreed.
“What we eat should not be politicized, as long as they are delicious,” He said.