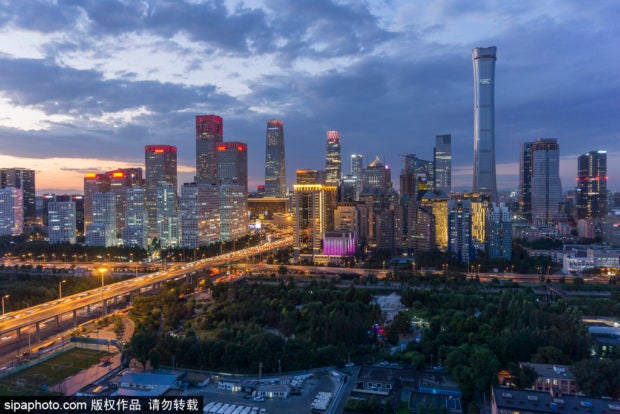 A bird’s-eye view of Beijing’s central business district, home to many companies on the Fortune Global 500. Sipa via China Daily/Asia News Network

BEIJING — For the first time, more China-based companies are listed on the Fortune Global 500 than those from the United States, although experts said Chinese firms need to improve their profitability, innovation capabilities and international influence to help promote China’s economic development.

As many as 124 companies based on the Chinese mainland and in Hong Kong appeared on the latest Fortune Global 500 list, exceeding the 121 companies from the US, and the addition of Taiwan-based firms brings the tally to 133, according to data published on Monday.

The number of Fortune Global 500 Chinese enterprises nearly doubled from 69 in 2011 to 124 this year.

In fact, there were no Chinese companies on the list when the Global 500 ranking first came out in 1990, Fortune Editor-in-Chief Clifton Leaf said in the business magazine.

Su Yong, a professor of business management at Fudan University’s School of Management in Shanghai, said people should not read too much into the ranking.

“While we are pleased to see more Chinese corporations get listed in the Fortune 500, we should also be conscious that the majority of them are State-owned, and they expanded to their current size through a series of mergers and acquisitions,” Su said.

Two Chinese private companies are in the top 50, Ping An Insurance, which climbed eight spots to reach 21st place this year, and Huawei Investment& Holding, which rose 12 places to 49th place.

Lei said the top Chinese companies, and manufacturers in particular, still have room to expand their business scale to match that of the Chinese economy.

“Huawei is the only Chinese manufacturing company that made the top 50, while the others are mostly financial institutions or resource-related ones,” he said.

Chinese enterprises are apparently no longer inferior to their global peers in scale, but they have a long way to go concerning raising competitiveness and diversifying business models through technological development, said Su.

Qi Xiaozhai, director of the Shanghai Commercial Economic Research Center, said foreign multinational corporations were the role model for Chinese firms in the early stage of China’s opening-up. After decades of growth and development, a rising number of Chinese enterprises are spearheading technological development and innovation, but more needs to be done.

“We would love to see the emergence of competitive private firms, technology companies and corporations with global competitiveness in the list in the future. Chinese companies with such vitality can be representative of the nation’s comprehensive strength,” Su said.