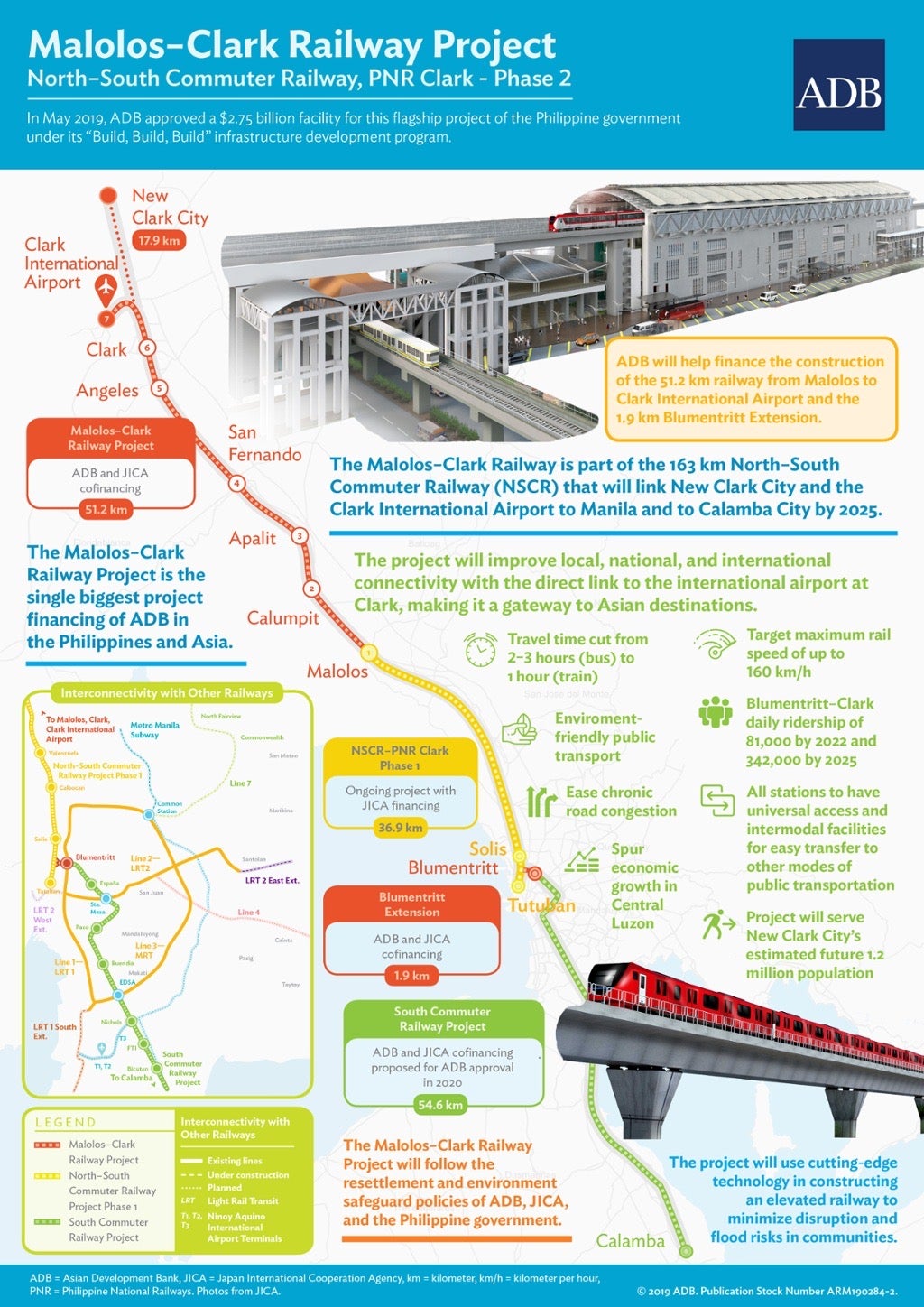 Yuchengco-led construction firm EEI Corp. and partner, Spa­nish infrastructure firm Acciona, bagged a deal to build a 6.5-kilometer segment of a new railway line that would link Malolos with the Clark International Airport.

The Malolos-Clark railway project, which is financed by Asian Development Bank (ADB), is expected to be completed in three years, EEI disclosed to the Philippine Stock Exchange on Friday.

ADB earlier approved the financing of up to $2.75 billion for the construction of 53.1 kilometers of a passenger railway connecting Malolos in Bulacan province to Clark Economic Zone and Clark International Airport in Central Luzon. This is part of the government’s North–South Commuter Railway project, a 163-km suburban railway network stretching from New Clark City in Tarlac to Calamba in Laguna province.

“The rail line will be a key transport infrastructure that will link Metro Manila to the airport in Clark and is one of the priority projects identified by the Department of Transportation in the Philippines,” EEI said.

EEI has 89 years of expertise in the construction business.