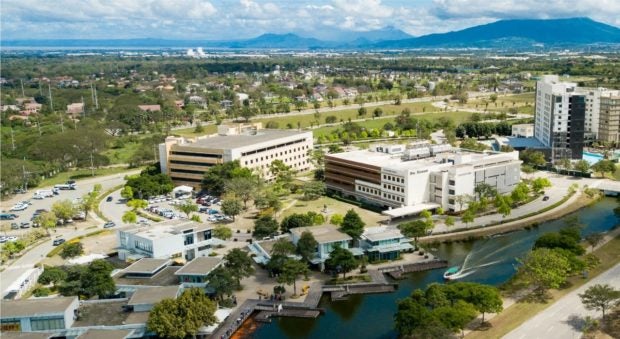 Property giant Ayala Land Inc. saw a 70 percent year-on-year drop in first semester net profit to P4.5 billion as the lockdown of Metro Manila and other key regions during this coronavirus (COVID-19) pandemic gnawed on most businesses.

In the second quarter alone, ALI booked P197 million in net profit, marking a 97.5-percent decline from the P7.83-billion bottomline a year ago, based on the company’s regulatory filing.

“COVID-19 severely impacted our performance in the first half of the year. Although we are seeing some positive signs of recovery in certain product lines, we expect the remainder of the year to be extremely challenging. Our property sales started to gain traction as the economy reopened but the performance of our malls and hotels continue to be seriously affected under the current environment. We are constantly making adjustments in our operations to position the company for renewed growth when the economy recovers,” said ALI president and chief executive officer Bernard Vincent Dy.

In response to the ongoing pandemic, ALI has so far waived P5 billion in rental fees of merchant partners in its shopping malls.

ALI recorded six-month consolidated revenues of P41.2 billion, down by 50 percent year-on-year. Revenues from property development amounted to P24.9 billion, down by 58 percent mainly due to lower project bookings and suspended construction activity.

Residential revenues declined by 54 percent year-on-year to P20.5 billion while office for sale revenues dropped by 86 percent to P1.4 billion.

Revenues from the sale of commercial and industrial lots eased by 31 percent year-on-year to P3 billion.

An indicator of the kind of development revenues that may be booked in the coming years, sales reservations fell by 47 percent year-on-year to P38.3 billion in the first six months given limited selling activities during the quarantine.

In the first quarter, Ayala Land launched four projects with a total value of P5 billion. These were Avida Greendale Settings at Alviera in Pampanga, Amaia Steps The Junction Place Aria in Quezon City, Amaia Scapes Cabuyao Series 3 area 2, and Bellavita Alaminos 2, both in Laguna. Consistent with the company’s strategy to maintain financial sustainability during the quarantine period, no new residential projects were launched in the second quarter of 2020.

On office leasing, six-month revenues increased by 7 percent year-on-year to P4.9 billion through the sustained operations of business process outsourcing and headquarter buildings.

Commercial leasing revenues declined by 31 percent year-on-year to P12.9 billion in the first semester given restricted mall and hotel operations and the closure of resorts. Shopping center revenues dropped by 43 percent to P5.8 billion while revenues from hotels and resorts ended 43 percent lower to P2.1 billion compared to year-ago levels.

The company’s capital outlays reached P34.8 billion in the period, mainly for residential developments and commercial leasing assets. The full year capital expenditure budget has been slashed to P69.8 billion from the previously-planned P110 billion.