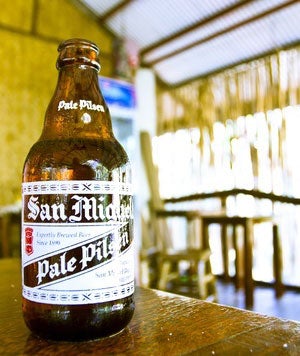 SMFB’s six-month consolidated revenues declined by 19 percent year-on-year to P122.82 billion as the full impact of the COVID-19 pandemic gnawed on volume performance in the second quarter, especially for its beer and spirits divisions.

San Miguel Brewery (SMB)’s six-month consolidated revenues amounted to P42.79 billion, 39 percent lower than the same period last year as domestic volumes slowed down as a result of the liquor bans implemented in mid-March. But SMB managed to eke out a six-month net income of P5.03 billion, 63 percent lower year-on-year.

SMB’s international operations likewise reflected the effect of different levels of lockdowns and restrictions in the markets where the beer-maker operates, such as Indonesia. But there were overseas markets that registered favorable results, particularly Hong Kong and Vietnam.

On the other hand, while volumes of Ginebra San Miguel Inc. (GSMI) declined during the enhanced community quarantine (ECQ), there was a quick rebound as soon as restrictions were eased and liquor bans lifted in most of its key markets, resulting in record sales in June. As a result, GSMI’s six-month net income increased by 28 percent year-on-year to P1.26 billion.

SMFB’s overall slump was mitigated by the performance of the food business under San Miguel Foods (SMF), which chalked up P1.34 billion in first semester net profit, more than double the level in the same period last year. Consolidated revenues of P65.18 billion in the first semester tracked the same level last year.

The prepared and packaged food segment also sustained its revenue growth of 17 percent, cushioning the impact of the ECQ on the food division, as it benefitted from consumer stockpiling and demand for essential packaged goods from locked-down households.

As in-home dining became the norm, SMF reported that consumer demand for canned meats such as corned beef and SPAM, as well as refrigerated meats soared. Sales of dairy products likewise grew by double-digits while the flour segment registered a slight growth in revenues, driven by the increased demand for breads by households and the resumption of operations of institutional customers.

“As the pandemic continues to affect our everyday lives, we keep in mind that this is only temporary. We remain steadfast in our commitment to ensure food sufficiency and help and provide opportunities to the most vulnerable communities,” SMFB chief executive officer Ramon S. Ang.

“We continue to build long-term resilience across SMFB. At the same time, we are mindful of the changes necessary to help us navigate through the crisis in the short-term. All told, we believe that SMFB is in a position to emerge stronger and better than it was before,” said Ang.

Overall, the effect of the restrictions during the ECQ on SMFB was most pronounced from mid-March to mid-May. During the period, liquor bans were imposed across key cities, while food service and retail establishments were shut down. There were likewise limitations on movement and delivery of goods to the trade due to checkpoints.

But SMFB remains optimistic given actual volume recovery that started mid-May and continued to July, with beer posting a double-digit volume increase from June to July. Spirits volumes, on the other hand, remained strong, with July volumes higher year-on year.

NLEx Connector Road to SLEx on track for 2022 completion