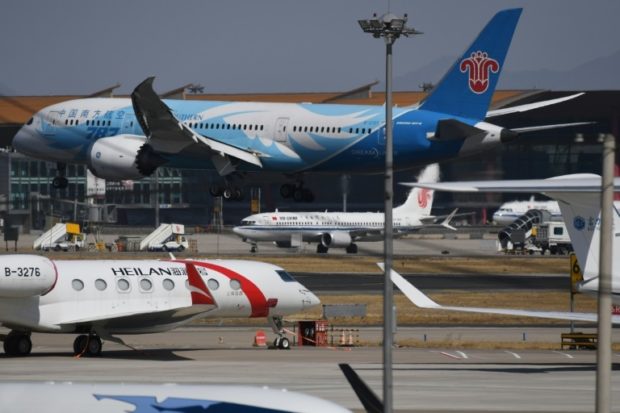 At least eight Chinese carriers have so far launched similar schemes which they hope will boost the ailing domestic aviation sector in the world’s second-largest economy.

Lucky Air, which unveiled offers for unlimited domestic flights on July 13, announced two days later that it had hit capacity for monthly and seasonal passes for individuals.

Lucky Air said it has plans to sell more of such packages in the future.

Airlines offer variations of such deals, including Spring Airlines’ package for children traveling with their parents and China Eastern’s unlimited weekend flights.

Some carriers have chosen to join hands, with Qingdao Airlines, Okay Airways and Ruili Airlines collaborating for unlimited weekend deals as well.

Others like Juneyao Air rolled out a 888 yuan ($127) package for unlimited upgrades — allowing passengers to bump up their economy class tickets for no added cost.

China’s economy has been recovering gradually since the coronavirus outbreak, and last Friday, the Civil Aviation Administration of China (CAAC) said daily flights had returned to about 80 percent of pre-virus levels.

The country’s aviation industry lost 34.25 billion yuan (around $4.89 billion or P240 billion) in the second quarter this year, the CAAC said this month, after Beijing took drastic moves to curb the spread of the coronavirus that first surfaced in the central Wuhan city.

As the virus began its global march, governments around the world had started limiting travel from high-risk countries, with China going a step further in March to dramatically cut flight routes and bar most foreigners from returning.

Read Next
P83,239: Each Filipino’s share of P9.05T debt as of end-June
EDITORS' PICK
Guanzon for Marcos DQ, sees ‘delay, interference’
Rise to perfection: Spot on tiles for your stair risers
NUSTAR Resort and Casino: Cebu’s next lifestyle and leisure gem
COVID-19 cases in NCR, nearby provinces now going down — OCTA
Pharmally owes P6.3B in taxes, senators told
Step up your vlog game with vivo’s newest smartphone
MOST READ
Leni mansplained? Abunda ‘interruptions’ stir own buzz
6 areas to be placed under Alert Level 3 from Jan. 28 to Feb. 15
Rita Avila dismayed by Boy Abunda’s interview with Leni Robredo: ‘Parang ayaw mo pasagutin’
Gordon tells Duterte: I did not steal from Subic funds
Don't miss out on the latest news and information.