MANILA, Philippines – The Philippines’ gross domestic product (GDP) likely slid by almost a fifth year-on-year during the second quarter at the height of the longest and most stringent coronavirus disease 2019 (COVID-19) lockdown in the region, London-based Capital Economics said. 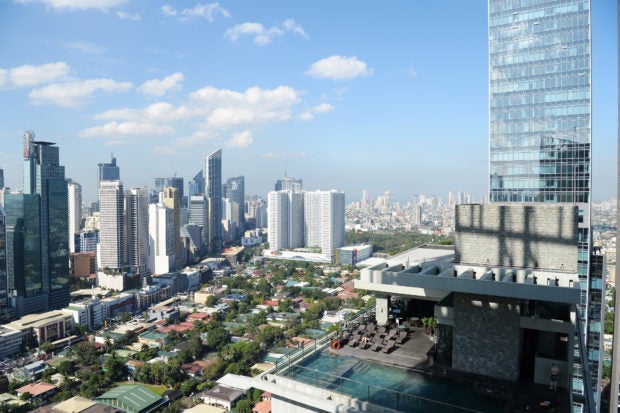 Capital Economics senior Asia economist Gareth Leather told the Inquirer in an email last Friday that their projection showed the Philippines’ GDP shrank by 18 percent year-on-year, which he described as “one of the biggest in the region,” during the April to June quarter.

In a webinar last week, Capital Economics’ global economists lumped together the Philippines, Thailand, Mexico, and Southern Europe among the economies which would most likely experience permanent loss of output from their respective domestic tourism sectors due to the pandemic.

For 2020, Capital Economics had forecast the Philippines’ GDP to shrink by 8 percent, in what could be the country’s biggest economic contraction in history.

The economic team was currently reviewing its earlier projection of 2-3.4 percent full-year GDP contraction after the country fell into a recession in the first half as the economy took a deeper-than-expected dive during the second quarter.

The government will release the official GDP figure on Aug. 6.

In a July 21 report, Barcelona-based FocusEconomics also further downgraded its 2020 GDP forecast for the Philippines to 3.9-percent contraction from 3.2 percent in June due to “a sharp recession in the second quarter.”

“Plunging remittances, evaporated tourism and foreign demand, a weak labor market and business closures in the wake of the pandemic are seen causing GDP to plunge this year, after eight years of growth above 6 percent. That said, a ramp-up in fiscal and monetary stimulus should cushion the downturn somewhat,” FocusEconomics said.

“The [latest economic] numbers that we are seeing show quite a good sign of recovery,” said Chua, who heads the state planning agency National Economic and Development Authority (NEDA).

In a text message last Thursday, Chua pointed to improving tax collection, recovering purchasing managers’ index (PMI), among other economic indicators in June, which he said were already “trending towards 2019 levels.”

Last June, many parts of the country were placed under a less-restrictive general community quarantine (GCQ) status, which allowed 75 percent of the economy to operate, following about 2.5 months of a very stringent enhanced community quarantine (ECQ) which put a halt to three-fourths of economic activities.

Read Next
PSEi may rebound to 7,000 next year
EDITORS' PICK
How not to retire as an ex-president
Shop smarter with vivo’s big 12.12 holiday deals
Lawmakers eyeing more changes in Maharlika plan
Hidilyn Diaz wins only gold missing from her collection
House energy committee chair Arroyo bats for cheap electricity
The vivo Y02 is now available in the Philippines for only PHP 5,299
MOST READ
Jovit Baldivino, ‘Pilipinas Got Talent’ winner, dies at 29
LPA enters PAR, to likely strengthen into tropical depression in coming days – Pagasa
Andi Eigenmann, family in Manila for a quick visit; Ellie dines with grandma Jaclyn Jose
11 Filipino imports named to Japan B.League Asian All-Star team
Don't miss out on the latest news and information.