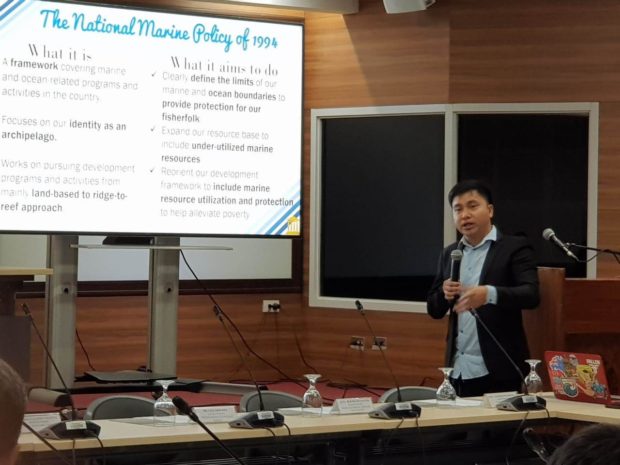 MANILA, Philippines —  A policy think tank has called on the Philippine government to support the Philippine domestic shipbuilding industry, saying that it is the necessary first step for the establishment of a strong maritime defense capability.

Michael Eric Castillo, President and Chief Executive Officer of Caps and Partners, Inc. (CAPS) noted that countries with strong maritime defense are the same countries with the well-developed domestic shipbuilding industry, among them China, Japan, South, Korea, and the United States. “Absent a developed and advanced domestic shipbuilding industry, the country’s maritime defense capability will remain weak and our maritime territory will always be vulnerable to incursions since the Philippine Navy is ill-equipped to defend the country’s maritime interest,” Castillo added.

Castillo was the Assistant Secretary for Plans and Programs of the Department of National Defense prior to his involvement with CAPS.

CAPS’ call came as the Philippine Navy commissioned its first-ever brand new frigate at the Alava Wharf at the Subic Bay Freeport Zone.

During the commissioning ceremony of BRP Jose Rizal, Defense Secretary Delfin Lorenzana said: “We dedicate this ship in honor of our national hero, Dr. Jose Rizal, that it may endow everyone who sails on her with the zeal for patriotism and love of country.

President Duterte recognized the ceremony as “the beginning of a new era of development and transformation for the Philippine Navy” which he applauded “for always delivering the highest standard of service to our country and [the] people.”

BRP Jose Rizal is one of the two missile frigates to be acquired by the Defense Department from South Korea. The acquisition agreement for the purchase of two missile frigates was made in 2016, between the Philippines and the South Korean shipbuilder Hyundai Heavy Industries. The two ships of the Jose Rizal-class frigates will become the most modern surface combatants of the Philippine Navy. The Philippines plans to spend an initial P75 billion to build a 50-ship maritime force, including short-range missile-capable smaller and faster vessels to protect the country’s security interests in the disputed South China Sea, according to some reports.

He explained that even with the acquisition of the two warfare-capable frigates, the Philippines will remain vulnerable to “military challenge” whenever the Navy conduct

maritime patrols aimed at protecting the country’s territorial waters and Exclusive Economic Zone. While he welcomes the commissioning of the new missile-capable frigate BRP Jose Rizal FF150, saying that it is a positive development as far as the Philippines maritime defense is concerned, he reiterated that “strong Philippine maritime defense could not be guaranteed and sustained by the importation of maritime floating assets by the Navy.”

According to him, the large local shipyards are capable of building the type of ships that the navy and other maritime agencies require. However, current national policies and the rules and regulations on procurement puts local players at a disadvantage to compete with foreign shipyards. He further added that there should be a conscious effort from the government to address this situation and pointed out that national security is enhanced if the country develops the industrial capacity to build our own ships.

Formulated through a series of roundtable discussions with players in the maritime industry, environmental groups, scientists, and other stakeholders, the National Marine Policy provides for the overarching framework and policy direction for managing the country’s marine spaces, resources, and activities. One of the salient provisions of the upcoming policy which Castillo’s organization together with like-minded organizations under the umbrella of the Movement for Maritime Philippines (MMP) helped formulate is pursuing the development of a self-reliant industrial base capable of supporting the development and sustainment of naval, air, and law enforcement assets and capabilities.

“The government must look at the developmental and regulatory policies affecting the maritime industry. Many of the regulations tend to inhibit the growth and development of the sector. When you look at the regulations, be it in the domestic shipping, overseas shipping, and shipbuilding and ship repair, what you will see are “rules designed to control” instead of “rules that facilitate growth,” explained Castillo.

“We need to re-orient how the government should relate to the private sector. State and government must see and treat each other as partners for development and should not simply look at each other as the regulator and regulated,” he added.