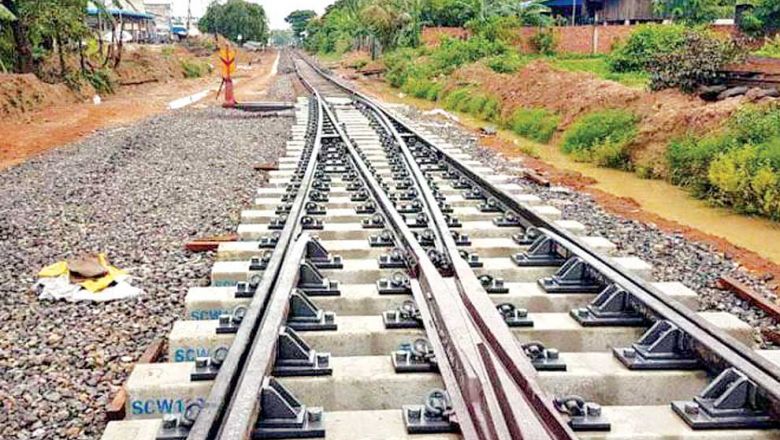 Cambodia will soon welcome another 140km of northern railway to connect to the Thai border. Photo supplied via The Phnom Penh Post

PHNOM PENH — Cambodia will soon welcome another 140km of northern railway to connect to the Thai border to better facilitate the transportation of goods between the two countries.

Vasim Sorya, undersecretary of state at the Ministry of Public Works and Transport, told The Post on Wednesday that Thailand promised to provide the new rail after the launch that year.

“The Thai side will hand over the around 140km rail in August or September. It will strengthen our railways and improve the quality of goods transportation between the two countries,” he said.

Sorya said that after the northern railway is upgraded, it will be able to carry 20 tonnes and increase the speed to up to 70km/h from the current 30km/h.

Connecting Phnom Penh to Poipet in Banteay Meanchey province and on to the Thai border, the northern railway has boosted bilateral trade.

Thailand is Cambodia’s seventh-largest importer of Cambodian goods after the US, Japan, Germany, China, Britain and Canada, accounting for four per cent of Cambodia’s exports.

Bilateral trade between Cambodia and Thailand was worth around $3.1 billion in the first four months of the year, up 18.3 per cent over the same period last year, data from the Cambodian embassy in Bangkok showed.

On June, 12, 2009, the Cambodian government granted a 30-year concession agreement to Toll (Cambodia) Co Ltd – a joint-venture between Australia-owned Toll Holding Ltd and Cambodia’s local conglomerate Royal Group of Companies Ltd – to manage the operations of the Kingdom’s railway system.

In 2014, however, Toll Holding transferred its 55 percent stake in Toll Cambodia to Royal Group, which then changed the subsidiary’s name to Royal Railway Cambodia.