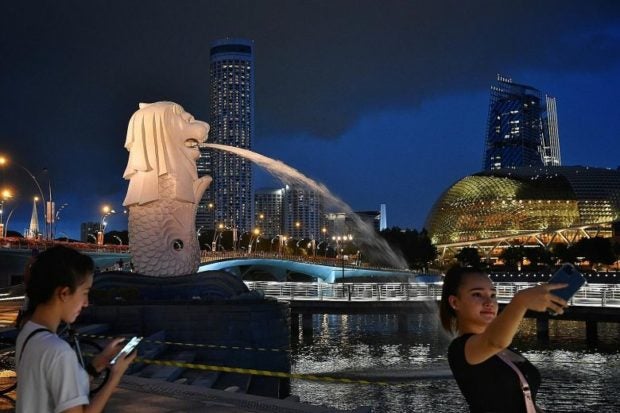 SINGAPORE — Without the support of residents, many of Singapore’s favorite eateries, shops and leisure activities may not survive the coming months.

This appeal is the basis of a $45 million campaign to drive local spending as the Republic gradually reopens its economy amid a pandemic, recession and tourist drought.

In store are packages and deals for locals, heartland tours and the promotion of precincts as mini-holiday destinations through a wide range of tie-ups.

The nine-month campaign by the Singapore Tourism Board (STB), Enterprise Singapore and Sentosa Development Corporation (SDC) aims to give local lifestyle and tourism businesses a much-needed boost after half a year of slowed demand.

Speaking during the launch of the SingapoRediscovers campaign on Wednesday (July 22), Trade and Industry Minister Chan Chun Sing noted that the tourism market will remain depressed and volatile until a vaccine is made available, as countries are hit with recurring waves of infection.

The gradual resumption will likely begin with niche rather than mass market tourism, he said in a speech during a virtual dialogue on tourism recovery with industry members.

“So we need to rethink some of our products and services to leverage this demand”, as well as that of the local market, said Mr Chan.

STB chief executive Keith Tan told industry members in his speech that more job losses are inevitable in the coming months despite government support measures, given the severe impact that Covid-19 has had on international travel.

With mass leisure travel not expected to return substantially any time soon, tourism businesses must tap domestic demand – a challenging proposition in the current climate.

“Many Singaporeans are worried about retaining their jobs, while others are facing pay cuts,” he noted, urging firms to come up with new ways to extend their offerings and appeal to local audiences.

Mr Tan told the media during a preview of the campaign on Tuesday that the domestic market will not be enough to make up for the shortfall in tourist spending, which amounted to $27.7 billion last year.

Posted by Singapore Tourism Board on Wednesday, July 22, 2020

But the hope is to combine cost-reducing support measures with maximized revenue and demand to “buy as much time as possible for as many businesses as possible to survive through this time”, he said.

Singaporeans spent more than $34 billion on overseas travel in 2018, and the goal is to channel a sliver of their unused travel budget for this year to local businesses, said Mr Tan.

“So the amount of money that you would spend overseas on a holiday, say, year-end you go to Japan or Thailand or Taiwan, spend a fraction of that here in Singapore instead.”

Dining and staycation deals are among the 80 promotions that have been collated for locals on the new SingapoRediscovers microsite, with more to be added progressively.

Precincts such as Chinatown and Little India will be marketed as destinations for locals to explore anew, with curated walking tours and neighborhood guidebooks that include shopping and entertainment options in the area.

Island admission to Sentosa will be waived until Sept 30, SDC said, while staycation packages featuring themed itineraries will be rolled out at the end of this month.

The Singapore Food Festival and Great Singapore Sale will be going digital-only for the first time this year, with promotions and virtual events.

Several food and beverage campaigns will also be launched in the coming months to support eateries and bars, and drive off-peak traffic.

STB’s marketing blitz will include tie-ups with travel booking platforms Expedia and Klook, as well as interest groups and trade associations.

There have been previous campaigns to boost local demand for tourism-related products, such as in the wake of the severe acute respiratory syndrome (Sars) outbreak in 2003. 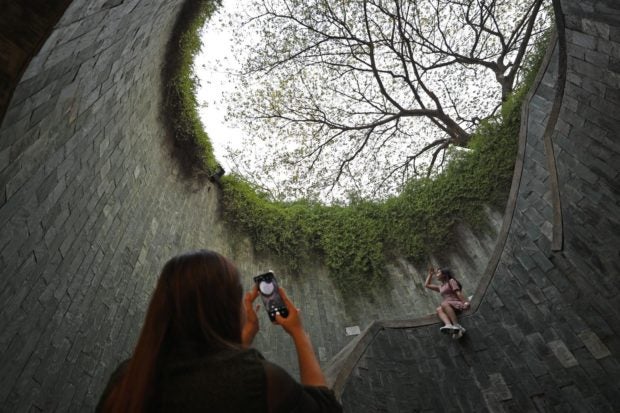 A staircase at Fort Canning that is a popular photography spot for tourists. The Straits Times/Asia News Network/JASON QUAH

But the $45 million to be pooled by the three agencies for SingapoRediscovers’ various marketing initiatives is the most spent on a domestic campaign to date.

The amount also represents a “sizable portion” of what the STB spends on international marketing in an average year, Mr Tan noted.

It is appropriate as the current crisis will require a sustained effort to avoid catastrophic job losses and push the sector towards recovery, he said.

Many attractions that have been approved to reopen, for example, are subject to capacity limits of 25 per cent.

The limits may be gradually expanded in the coming weeks if operators enforce the measures responsibly, he said. 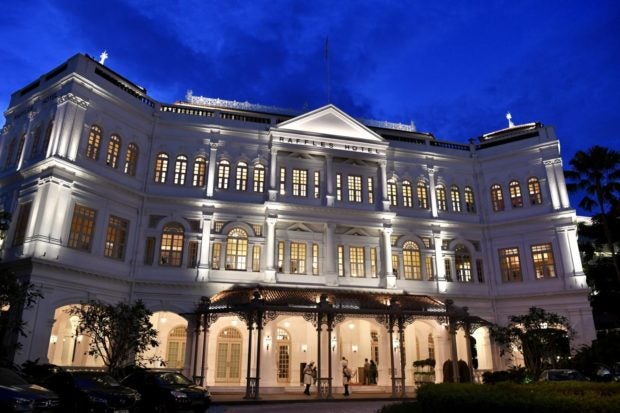 Retrenchments ahead, but longer-term plans intact

There have not been any big shifts to Singapore’s mid- to long-term tourism investment plans as a result of the pandemic, Mr Tan said in response to questions from reporters on Tuesday.

Projects like the redevelopment of Sentosa and Pulau Brani and the upcoming Jurong Lake District tourism hub will begin to take shape by the mid-2020s, when the tourism industry should see a recovery, he said.

These investments are necessary to remain competitive, Mr Tan stressed, adding that STB will ramp up activities in selected overseas markets so they can be revived quickly when travel restrictions lift.

The $9 billion expansion plans by Singapore’s two integrated resorts were called into question last week, after Resorts World Sentosa (RWS) announced that it would be laying off staff.

Both RWS and Marina Bay Sands have said they will be continuing with their plans, which are expected to be completed by 2025.

Mr Tan said STB has not received any confirmed plans of retrenchments beyond those of RWS yet, but more are to be expected.

So, STB is working with the Manpower Ministry and unions to ensure that support is rendered quickly to workers whenever a tourism business signals that it is considering retrenchments.

This includes redeploying workers to other parts of the economy and creating flexible arrangements so that workers can return to their previous jobs in the event of a recovery.

While STB had earlier projected tourist arrivals to fall by up to 30 percent this year, Mr Tan said it would be impossible to tell what the true impact of the coronavirus outbreak would be.

“We have already seen numbers for April and May at a 99.9 percent drop, so that is the way that we are looking at it for the rest of the year,” he said.