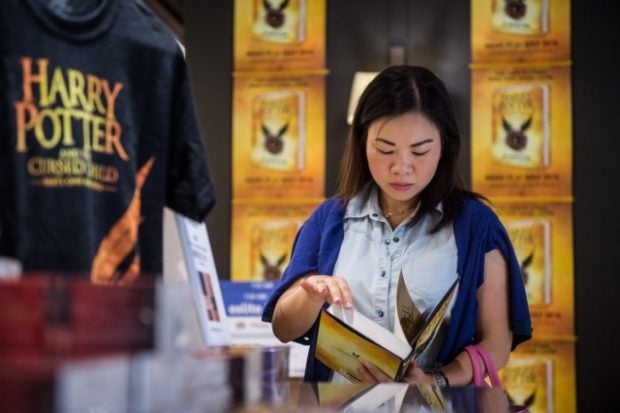 A customer reads a copy of ‘Harry Potter and the Cursed Child’ on the day of its release in Hong Kong on July 31, 2016. Image: AFP/Anthony Wallace

“Harry Potter” fans started to distance themselves from J.K. Rowling back in June, after she posted a series of controversial tweets affirming that women can only be identified by their biological sex.

This ongoing cultural boycott is notably visible in Rowling’s print book sales in the United States, which are experiencing a sudden drop according to recent figures from NPD BookScan.

Sales of “Harry Potter” print books, including those of licensed titles not authored by Rowling, have also seen a sudden drop and increased just 7.7% for the month of June.

NPD BookScan figures do not account for eBook, audiobook sales or sales to libraries and direct publisher sales, which have likely been boosted by the recent launch of the new “Harry Potter At Home” hub via WizardingWorld.com.

While the NPD Group has not commented on Rowling’s slowing sales, her underperformance comes at a time when the “Harry Potter” author has been under fire for her statements and beliefs on transgender identity.

Multiple actors from the “Harry Potter” movies and spinoffs, such as Daniel Radcliffe, Eddie Redmayne, Noma Dumezweni and Emma Watson, have since spoken out against Rowling’s remarks.

Two leading “Harry Potter” fan sites, namely the Leaky Cauldron and Mugglenet, have also announced that they will no longer cover Rowling’s personal endeavors, or feature photos and quotes from the author.

“We find the use of her influence and privilege to target marginalized people to be out of step with the message of acceptance and empowerment we find in her books and celebrated by the Harry Potter community,” they wrote in a joint statement.

While calls to #cancel the English author have appeared on social media, Rowling hit back by signing an open letter in Harper’s Magazine that warns about the spread of “censoriousness” and “a vogue for public shaming and ostracism.”

The initiative was met with criticism online, with American journalist and author Glenn Greenwald noting in a tweet that “several of the people on this @Harpers Open Letter have behavior in their past that reflects the censorious mentality they’re condemning here.” RGA