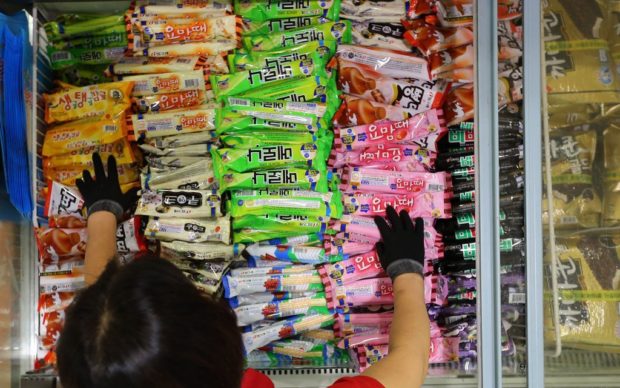 SEOUL — South Korea’s exports of ice cream to Vietnam jumped 30 percent in 2019 from a year earlier on the back of the growing popularity of Korean culture in Southeast Asia, data showed Sunday.

Outbound shipments of ice cream to Vietnam reached $7 million in 2019, rising sharply from $5.3 million a year earlier, according to the report released by the Korea Trade-Investment Promotion Agency (KOTRA).

In contrast, Thailand, the top player in the segment, saw its ice cream exports to Vietnam only edge up 1.8 percent to $8.8 million. South Korea took up 35.6 percent of Vietnam’s ice cream imports in 2019.

Experts say the growth was attributable to the cultural wave of “hallyu” in Asian countries, which refers to the boom of South Korea-made entertainment goods, including pop music, movies and TV dramas. The popularity of hallyu beefed up demand for South Korean goods, including foodstuffs.

“Vietnam is an attractive destination for ice cream producers as the country’s average income has been rising steadily,” KOTRA said in its report.

South Korea’s combined exports to Vietnam in 2019 reached $48 billion, down 0.9 percent from a year earlier. Over the cited period, the country’s exports dipped 10.4 percent amid the growing protectionism around the globe and falling prices of memory chips.

Vietnam was the third-largest export destination for Asia’s No. 4 economy in 2019, with China and the United States standing as the top two.

South Korea has been making efforts to diversify its export portfolio and ease its heavy dependency on tech products, especially as the new coronavirus pandemic has strained traditional areas.

Exports of foodstuffs jumped a whopping 11.7 percent on-year in June amid the global COVID-19 pandemic, which is significant considering the country’s overall shipments lost 10.9 percent over the period. Yonhap