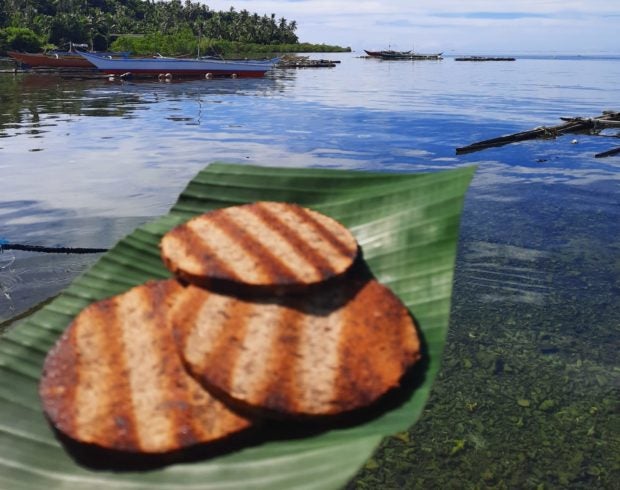 San Vicente, an island-village of the town of Sulat in Eastern Samar, is known for its “pudpod,” or fish pancake.

Popularly known as “pudpod,” this fish pancake has been part of the dietary choices of the island-village of San Vicente, a traditional fishing community in the town of Sulat in Eastern Samar province.

While fisherfolks from other coastal municipalities automatically resort to drying their extra catch, “puro-anons” or islanders bank on their local concoction.

Petrona Nerio, 64, recalls how pudpod was an essential part of her childhood.

“Like other puro-anons, my father was a fisherman and my mother was a pudpod maker. We relied on pudpod for our daily needs and they came in handy during inclement wea­ther,” she said.

At first, Nerio could not understand why her mom had to undergo the tedious process of making pudpod.

She later realized that the unique method of preserving food makes the fish last longer and more presentable.

“We could eat fish in school for lunch without getting teased because they looked like cakes,” she said.

Nerio eventually took on her mother’s occupation when she had her own family.

And after more than 20 years of making and selling pudpod, she now enjoys her reward after her fourth child Japeth became a professional teacher, a first from her brood of nine.

Nerio said she could not stop making pudpod yet as she still sends two of her children to school and her husband could no longer work due to stroke.Her neighbor, Nilda Talon, a mother of five, also shares how pudpod became her bread and butter.

“I have one college student and twins who are still in Grade 2. So, I still have a long way to go,” she said.

Both Nerio and Talon would chip in P1,500 each to buy 30 kilograms of fresh tuna, blue marlin, and swordfish or “mahi-mahi.”

After cleaning, the fish is cooked, deboned, ground, mixed with salt, vinegar, calamansi juice, and other spices and flavoring.

Then, the mixture is molded to its standard size, steamed, smoked and dried.

The fish cake is about 10 inches in diameter and half-inch thick.

It becomes smaller and thinner when the price of premium fish goes up but the flavor remains intact.

The soft paste is a product of manual pounding using a wooden mortar and pestle.

Its brown and charred outer layer comes from the open bamboo oven with coconut husks as fuel.

Pudpod is ready for consumption after three or five hours, depending on the quantity.

A pack of fish cake contains five pieces and is sold at P150 and P120 for resellers.

Sellers still manage to take home an income of P1,000 each.

But since the process is intricate and strenuous, they only manage to do it twice a week.

These days, pudpod makers are few and far between.

Out of the more than 1,500 islanders, only 15 individuals are continuing the traditional craft.

“Many have other lucrative jobs already and fish is scarce and expensive. Sometimes, we just wait for orders from ‘balikbayans’ and rely on random buying by bulk from our very own Eastern Samar Gov. Ben Evardone to be given to his colleagues as presents,” Talon said.

Mayor Javier Zacate of Sulat town recently organized small and medium enterprises and cooperatives through the Public Employment Service Office, Department of Trade and Industry, the Technical Education and Skills Development Authority, and the Department of Labor and Employment for marketing and upgrading of the pudpod industry.