Coca-Cola ‘Honesty Cart for a Cause’ highlights Baguio model citizens

Amid the numerous challenges that our country has been facing during the pandemic, countless Filipinos have intensified their compassionate acts—some, in creative and resourceful ways—to embody a generosity of spirit that’s become more imperative at a time when our nation relies on solidarity despite social distancing.

The people of Baguio, in particular, have exemplified a strong sense of community with the success of the Honesty Cart installed in their city by Coca-Cola Beverages Philippines, Inc. (CCBPI). The initiative is part of the Wilkins on Wheels (WOW) program that makes the essential product more accessible to consumers, and which was first deployed to Baguio. 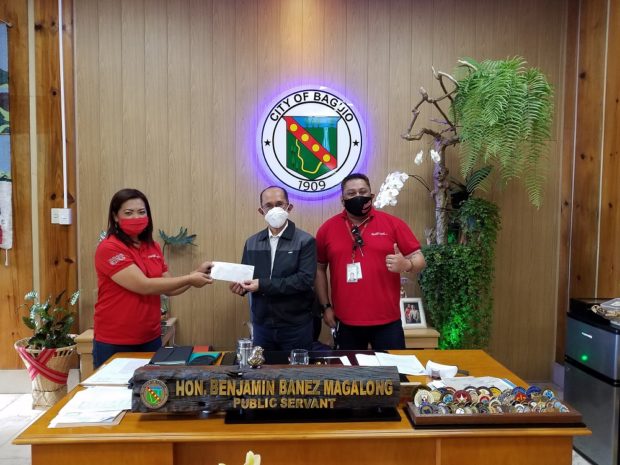 Janeth Martin (left), project lead of the Honesty Cart, turns over donations generated from the carts to Baguio City Mayor Benjamin Magalong (center). The donation will be used to prepare and distribute food to the city’s frontliners through the Baguio Community Kitchen.

The donations generated from the Coca-Cola Honesty Carts are turned over to the local government of Baguio, and will be used to prepare and distribute food to the city’s frontliners through the Baguio Community Kitchen, as well as provide aid to marginalized workers displaced by the COVID-19 pandemic.

The unusual mechanics of the Honesty Cart system—where people can purchase Coca-Cola products from unmanned kiosks, leaving their payments in collection boxes—highlights the collective integrity of the Baguio locals, especially since an overcollection was charted. A total of Php2,090 against the collectible Php1,756 was gathered from the carts, or an excess of Php334, from operations from 09 May 2020 to 10 June 2020.

Initially, three Honesty Carts were installed around the city—at the Central Business District, at Barangay Irisan, and at the Baguio City Hall. Following the success of the first deployments, three more of the unmanned kiosks have been placed around Baguio. 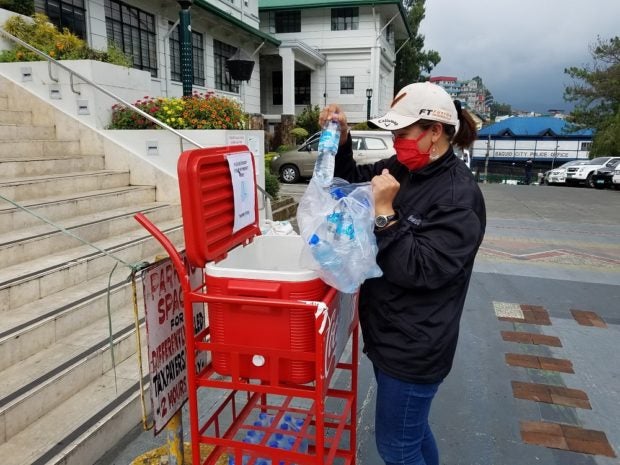 In a statement posted through the Baguio Public Information Office’s Facebook page, Baguio City Mayor Benjamin Magalong shared with the locals the news of the additional income generated by the cart and congratulated his constituents for showcasing the honesty they are known for: “We can say that people of Baguio are amazingly honest—the audit even showed that there was an overcollection. I am so proud of our citizens, for proving that integrity is a way of life for us here in Baguio.”

CCBPI Business Developer Janeth Martin, project lead for the Honesty Carts and herself a Benguet native, shares, “Our happiness over the success of this program is two-pronged: we’ve come together as a community to help our more vulnerable members, and we did so by showcasing the trustworthiness inherent to Baguio citizens.” 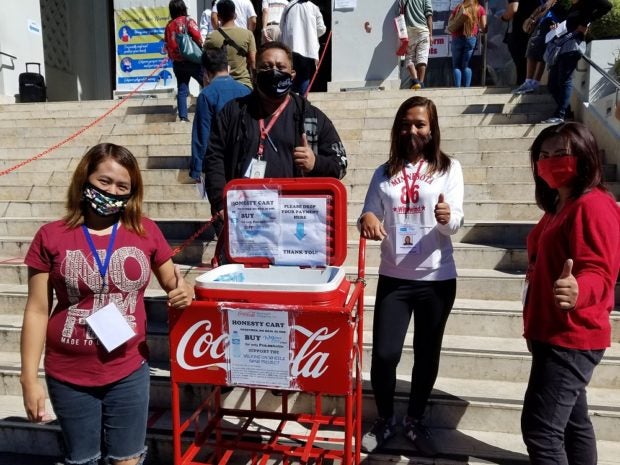 Martin had been approached by a group of residents who had just lost their jobs because of the pandemic. Heeding this request for assistance, Martin and her team formed the Wilkins Special Action Force (SAF) and subsequently established the program. The Honesty Cart program was easily deployed with the help of the Veterans of Foreign Wars of the US Post 124 group.

“We are truly inspired by the results of our Honesty Cart program. Not only have we created a platform to help generate funds for the community, but we are especially heartened to have helped put a spotlight on how Baguio is made on model citizens, who live by the values of honesty, generosity, and the spirit of bayanihan,” says Gareth McGeown, President and CEO of CCBPI. “This only makes us want to keep delivering creative solutions like this that will benefit those in the communities we serve.”