The economic downturn brought about by the COVID-19 pandemic can never be overstated. In the wake of the disease – and the quarantines implemented to control it – countless businesses have been forced to cease operations, and ultimately, close shop.

Of course, there are those who are fortunate enough to survive. However, as the economy continues to bear the brunt of diminished consumer spending, even mere survival is becoming a challenge. The prospect of sustained growth seems to be on another level entirely.

Alfamart, the first and only Super Minimart chain in the country, has always believed that collaborations and partnerships are the keys to growth, especially during trying times.

“Partnerships have been a key component and core foundation of Alfamart’s progress,” said Alfamart Philippines Chief Operating Officer Harvey Ong. “Ever since we started in 2014, we have been collaborating with landowners, lessors, suppliers, and partner consignees to make sure we can give the best selection and service to our customers,” he continued.

As far as Ong is concerned, an alliance can only be called a true partnership if the benefits apply to all stakeholders. A prime example of this is their tie-up with DECS, a spin-off of the original Diao Eng Chay Chinese deli of Binondo fame. 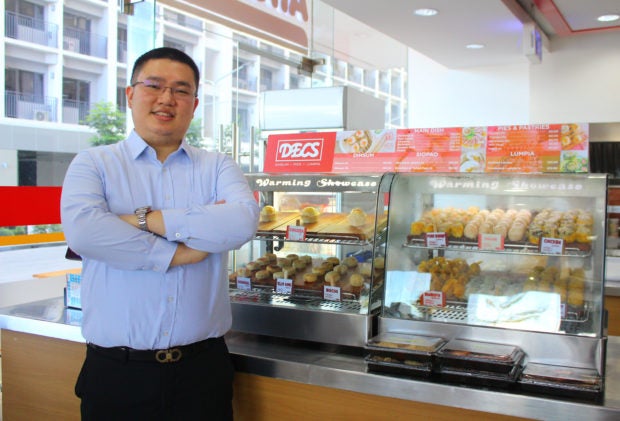 Justin Chua is a 4th generation owner of the iconic Diao Eng Chay deli in Binondo. Through their partnership with Alfamart, more people outside Chinatown were introduced to their legendary delicacies.

Justin Chua, a 4th generation owner of DECS, was a former Alfamart employee who was inspired to start his own business. When he was starting DECS, he saw it fit to partner with Alfamart so that their products could reach more people.

“Partnering with Alfamart helped DECS achieve its main objectives,” Chua explained. “Our market reach has expanded considerably, and we have been given an opportunity and a channel to introduce DECS products to non-Filipino-Chinese.”

Another Alfamart partner-success story is Bakeshop16, a baked goods and pastry supplier. The proprietors, mom Eunette Ong and her daughters Erica and Eryll, believe that working with Alfamart gave their young business a good boost, especially with their brand equity. 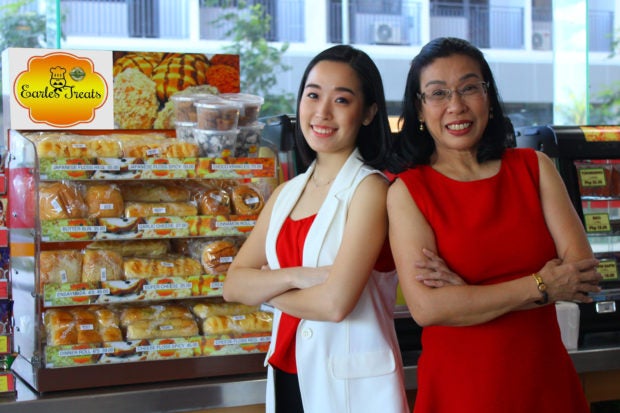 Daughter-and-mother team, Eryll (left) and Eunette Ong (right) are the proprietors of Earle’s Treats and the Bakeshop16 brand. Their baked goods, especially the Super Cheesy Bread and Garlic Cheese Bread, have become favorites of Alfamart’s patrons.

“Being associated with Alfamart helps in building the consumers’ perception towards Bakeshop16,” Eryll said. She also pointed out that the partnership came with exciting challenges that became opportunities for growth.

Alfamart’s partnerships with DECS and Bakeshop16 have allowed the entrepreneurs behind them to look past the present challenges. “Through collaboration, we are able to maintain our growth-oriented perspective, instead of the prevailing survival-oriented one,” the Alfamart COO emphasized. “We are always driven by our advocacy of community development and service. Of course, that extends to our partners as well. We should always be lifting each other up, no matter what happens,” Ong concluded.

To know more about how to become a supplier for Alfamart, please visit https://alfamart.com.ph/be-an-alfamart-supplier/.