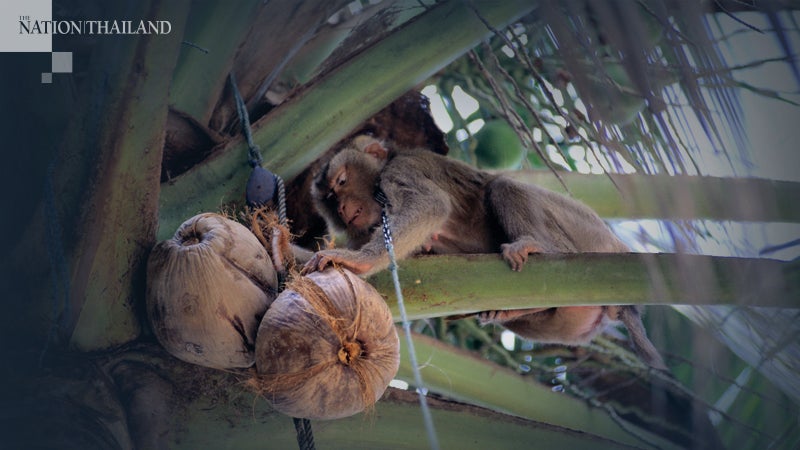 BANGKOK — The Thai National Shippers’ Council appears to be unfazed by the so-called ban on Thai coconut products in the West, saying getting monkeys to pick the fruit is a tradition in Southeast Asian countries.

Visit Limlurcha, the council’s vice president, said the ban on Thai coconut milk in English supermarkets over alleged animal abuse will not really hurt exports because the ban is only applicable in limited sections.

“Thai coconut products were banned out of a misunderstanding. Monkeys are like pets for Thai people and banning the products doesn’t make sense because Thailand’s animal-protection laws are stronger than in other countries. If this was the real reason, then coconut products would have been banned a long time ago,” he said.

However, he said, neighboring countries like Indonesia and Vietnam will suffer more if their products are also banned because they also use monkeys to pick coconuts.

Visit did not confirm whether this ban was part of protectionist policies, but the Commerce Ministry has said it will meet with European representatives on Wednesday to explain Thailand’s traditional ways.

Last year, Thailand’s export of coconut milk and coconut products was worth US$400 million and over the past eight years, the export expanded 115 percent in big markets such as United States, Australia, the United Kingdom and Canada.

Año: Next PNP chief must have good career pattern, no pending court case