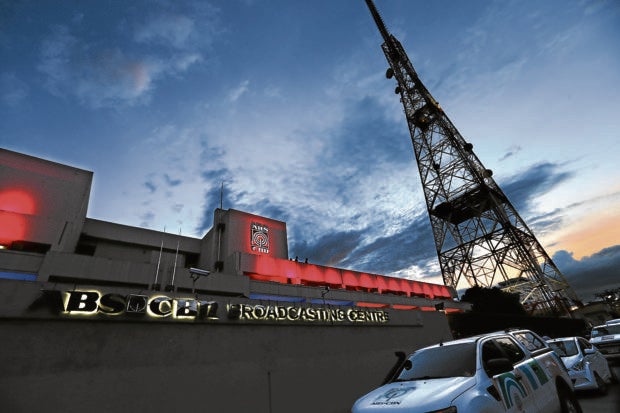 MAY 23, 2020 The facade of ABS-CBN network headquarters in Quezon City. The NTC ordered ABS CBN to cease and desist from broadcasting on television and radio program ( last May 05, 2020 ) one day after the company’s 25 year operating franchise expired. EDWIN BACASMAS

London-based think tank Fitch Solutions has warned of heightened investment risks in the Philippine media and telecoms space, citing the “politicization” of this industry amid the government’s orders to shut down Sky Direct and ABS-CBN Corp.

The National Telecommunication Commission (NTC)’s “apparent ability to be influenced by the government continues to be a key impediment to foreign investor sentiment, and has also made the telecoms landscape difficult for both new entrants and existing players,” Fitch Solutions said in a research note dated July 7.

The research also cited the slow pace of structural reforms in this industry.

As such, Fitch Solutions revised downward its telecoms industry risk score for the Philippines to 46.1 from 57.5 points in its previous quarter’s update. The highest possible score in this scale is 100.

Mr. Duterte has publicly shown his disdain for ABSCBN early on, alleging that the network had favored a rival candidate during the 2016 presidential elections.

Fitch Solutions also cited the slow formulation of the government’s tower sharing policy, which was released in a draft version in May 2020 following a protracted period of discussions and negotiations. This only highlighted the “slow pace of instituting reforms, and has partially contributed to the delay of new telecoms entrant, Dito Telecommunity, in rolling out its commercial services,” the research said.

According to the think tank, the “politicization” of services as highlighted by the shutdown orders issued to Sky Direct and ABSCBN, coupled with what it deemed as the country’s “fluid and inefficient” telecoms regulatory regime, had been a deterrent to foreign investment.

NTC’s June 30 cease and desist order to Sky Cable stopped the direct broadcast satellite service Sky Direct, as well as its broadcasts of its TV Plus channels in Metro Manila. The order followed the NTC’s May 5 decision to shut down Sky Cable’s parent company ABSCBN following its failure to secure a provisional franchise from the regulator.

While Congress is in the process of reviewing a new congressional franchise for ABS-CBN, Fitch Solutions said the outcome of the review was uncertain.

ABSCBN – which is 22 percent-owned by foreign investors through Philippine depositary receipts (PDRs), has been accused of breaching foreign ownership rules. On the other hand, 40 percent of Sky Cable is held by Singapore-based investor ST Telemedia, in line with government foreign ownership restrictions.

“It is also unclear whether Sky Cable’s other services will be forced to cease operations, given that the government’s opposition toward ABS-CBN stems from the broadcast of channels, rather than on the provision of communications services,” Fitch Solutions said.